For every one you see, there are a hundred you don’t see: fragrance sensitivity, disability, and UNF 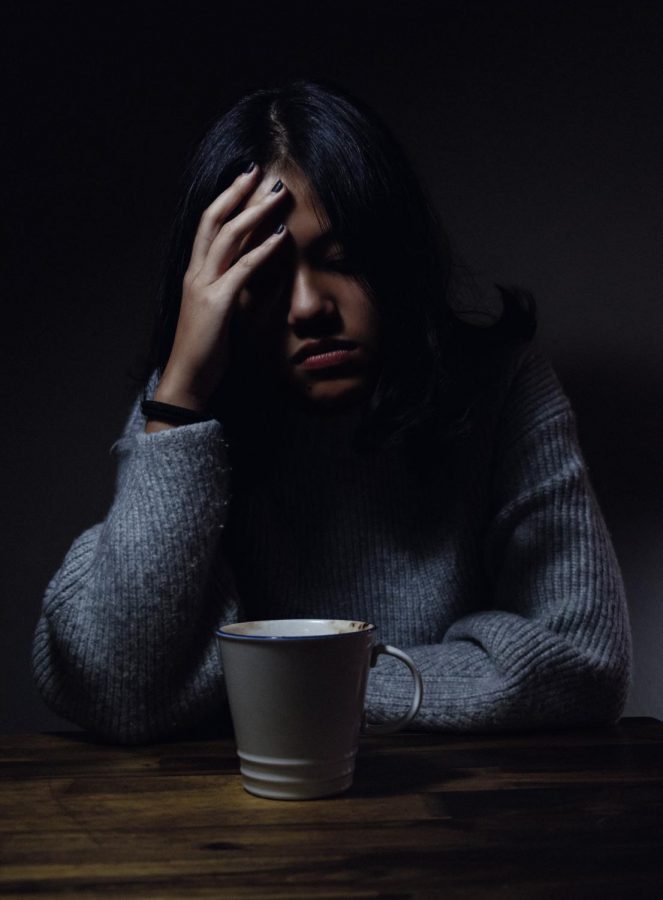 Imagine you catch a whiff of someone’s perfume or lotion and become debilitated from headaches and migraines for hours, if not days, afterwards. For Melissa La Manna, Shannon York and around a hundred UNF students, this is their reality.

In a recent Letter to the Editor shared with Spinnaker, UNF Counseling Center mental health counselor Melissa La Manna detailed the everyday struggles she faces as a result of fragrances becoming a prevalent and overpowering part of people’s lives. In an interview with La Manna, she expounded upon some of what she talked about in the article and gave a sense of her history with the issue.

“I have struggled with chronic daily headaches and migraines since I was twenty-five,” she said. “I developed extreme sensitivities to artificial fragrances, synthetic fragrances, and strong chemicals that would trigger my headaches.”

La Manna suffers from an invisible disability recognized under the Americans with Disabilities Act (ADA). She says it has been difficult to find safety from the fragrances because of their widespread use in nearly every public space. 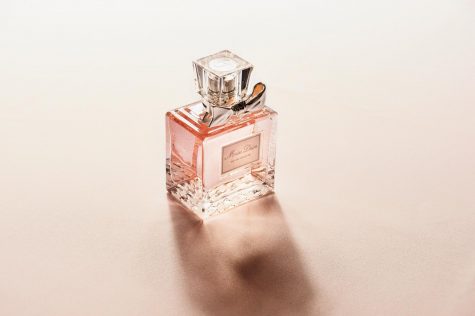 She is fortunate, she says, to have found the support from the Counseling Center to transform it into a “fragrance-free” office space.

“Four years ago, they supported me in implementing a fragrance-free policy so that I could work here. My colleagues and fellow interns at the time also supported that and agreed not to have fragrances in their offices and not to wear them. That has allowed me to have a job. It has allowed me to pursue my education,” she said. “Being supported has felt tremendous.”

But La Manna still struggles going out to stores like those in Town Center, where she suspects they pump fragrance through their ventilation as a means of marketing. She also struggles in places around UNF’s campus in areas where many people congregate. A major idea behind her Letter to the Editor was to bring awareness to an issue that is invisible in the air but visible from its devastating effects: loss of pay, loss of quality of life, and loss of inclusion in the public sphere.

“I thought if only people could really understand or just have some idea of the impact for someone like myself. My quality of life has been impacted to a degree that no one could appreciate unless they have had this health issue. Just the smallest gesture of not having scented candles or artificial fragrance makes it possible for me to have a quality of life.”

Besides bringing awareness, La Manna hopes to put forward some solutions for the campus to be more inclusive for people such as herself.

“I wonder if the campus might support implementing a fragrance free policy in other public spaces like the Brooks College of Health,” she said. “Other populations besides migraine suffers who would benefit are those with asthma, those with allergies, chemical sensitivities, those with autism who suffer with sensory things.”

It is also not lost on La Manna that what she is asking of people seems hefty.

“I do appreciate it’s a personal thing, that I am asking someone to change something about themselves by choosing not to wear that fragrance,” she said.

Another individual and a colleague of Melissa La Manna’s in the Counseling Center who suffers from fragrance sensitivity is Shannon York. All of the women in her family have chemical sensitivities, most of which stem from fragrance.

“For me, it usually starts off slow and ramps up over the course of an hour. It starts with headache pain and then nausea, and then after a while if I don’t take medication or get away from the fragrance, I get a full blown migraine like an ice-pick is going through my head. My vision starts to blur and I get dizzy,” York described. 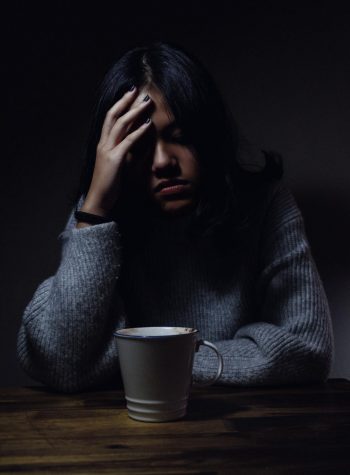 Her health issue has been so bad at times that she has been unable to drive home. Taking an Uber, however, worsens the problem.

“Uber drivers are one of the biggest offenders of fragrances, and so then it’s even worse. Finally I get home, but then I’m out for the count for hours. It can be a three to four hour recovery window.”

“I have had such bizarre experiences talking about this issue,” York shared. “It creates a lot of anxiety for me and is very stressful because there will be people who I love dearly in my life and know all of the effects it has on me and still won’t change. So once you experience that over and over again and fear being vulnerable, these conversations become hard to have.”

“It feels punishing to open yourself up and then be shut down.”

York says she was relieved to find UNF’s Counseling Center as a fragrance-free office when she began working there, thanks to La Manna’s implementation of the policy ahead of her.

“I will never forget my first day here, walking into the Counseling Center and seeing a sign on the door that said ‘we are a fragrance-free office space.’ That blew my mind and gave me such relief that I didn’t have to fight that battle here. She had already done that. It made me feel like I could go through this year without feeling horribly ill. It’s been such a gift.”

Melissa La Manna and Shannon York suffer from an invisible disability, but they are not the only ones at UNF who struggle as a result of fragrance sensitivity.

Dr. Rusty Dubberly, the Director of UNF’s Disability Resource Center (DRC), estimates that there are around a hundred students registered with the DRC who also have migraine conditions, many of which are triggered by fragrance sensitivity. According to Dr. Dubberly, a former UNF student suffered so severely that they could not even step foot on campus and instead had to do their degree entirely online. In addition, Dr. Dubberly himself suffered from migraines triggered by fragrances after he was in a car accident several years ago.

Citing from a study on migraines Dr. Dubberly had in his office, he shared that of the 113 people involved in the study, 90% were triggered by odors and 95% of that 90% said perfume was one of their main triggers.

From his own experience, Dr. Dubberly recalled having sensitivity to perfume and feeling as though he could smell it from long distances.

“I knew exactly what [Melissa La Manna] was talking about,” he said. “In the DRC, we’ve kind of informally had a fragrance policy and I’ve thought about putting that on our website and take some steps. The problem is you can’t mandate someone’s personal freedoms. It’s the one versus the many and some people will say it’s their right to wear perfume.”

Simply making a policy on the matter isn’t enough without enforcement – an issue that arose out of UNF’s Smoke-Free Campus initiative, which is peer-enforced. In the case of seeing someone vaping on campus, students shared that they were unlikely to say anything to the individual. 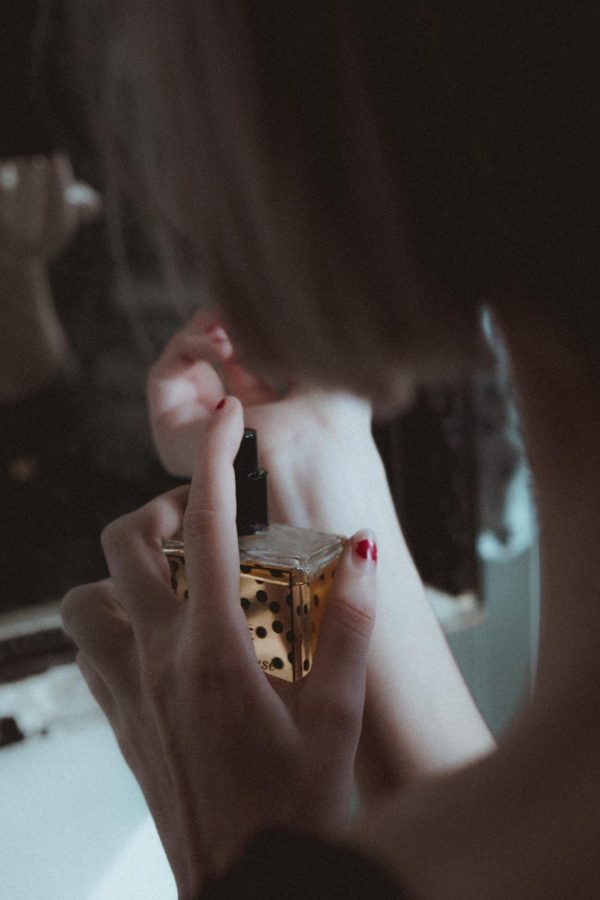 And interestingly, wearing fragrance and smoking aren’t so dissimilar. According to a study Dr. Doreen Perez, Director of Student Health Services, shared with Spinnaker in concern over this topic, fragrance in the workplace is the “new secondhand smoke.” It all comes down to a battle over air quality, respiratory irritation, and neurological toxin. If that last part pulled you up short, it should. Fragrance “is a known…neurological toxin and one in five people in the U.S. experience adverse health effects from synthetic fragrance exposure.”

Dr. Perez, concerned with the medical side of La Manna and York’s disability, commented on lack of control over fragranced substances.

“The Food and Drug Administration monitors the stuff we intake, but the loophole is about the size of a Mack Truck. When you look at some of the other stuff that’s in these fragrances, it’s any wonder it causes this reaction that people are having,” Perez shared.

Both Dr. Dubberly and Dr. Perez believe UNF has the opportunity to be a leader in the community by being more accommodating to people such as La Manna, York, and the students at UNF.

“UNF is often looked to from the community. They look to us as an example,” Dr. Dubberly said.

On the topic of solutions, two common suggestions were made. First, making an entire building fragrance-free as a test for how to implement a campus-wide policy. Dr. Dubberly acknowledges that this wouldn’t be a one-time do-it-and-be-done-with-it type of undertaking, but would instead involve constant reminders and training – but it could be done.

“That’s how you change culture,” he said, “and UNF has become a place known for accepting diversity and being a very inclusive type of campus and we value that and we welcome it.”

Dr. Perez additionally suggested having peer-educators come to classes and speak on the issue, bringing awareness to it every semester.

The second solution entailed a movement among professors to implement a fragrance-free policy on their syllabus.

Dr. Chris Gabbard, a professor of English and disabilities researcher and advocate, says he thinks professors should consider including language prohibiting fragrance in their syllabus.

“People aren’t always aware of these things,” Dr. Gabbard said. “If professors were putting something in their syllabus and saying something, that would be wonderful.”

Asked if he would be willing to institute a fragrance-free policy in his classroom for future terms, Dr. Gabbard enthusiastically said yes.

“I’m surprised at myself that I haven’t done it already,” he exclaimed.

Speaking on what professors can do to help students who might suffer from the same issues as La Manna and York, Dr. Gabbard encourages his colleagues to reach out and be supportive to students who feel like they must go along with an environment that might be harmful to them.

“Students are reluctant to talk about their disabilities or things they need accommodation for,” he said. “Even if they’re having a major health crisis, they are very afraid to come up and tell the professor what’s going on, and so professors have to reach out and create a supportive environment that would make a student feel comfortable to disclose things that they feel embarrassed about.”

“It’s up to the professors to create an environment that creates disclosure,” Dr. Gabbard said. To students, he says, “Speak up. The only way you can change things is to assert yourself.”

This semester, UNF announced its largest and most diverse class of students yet. Among those currently attending UNF, Dr. Dubberly says around 1,000 are registered with the Disability Resource Center.