Senator Cory Booker ends his bid for the presidency 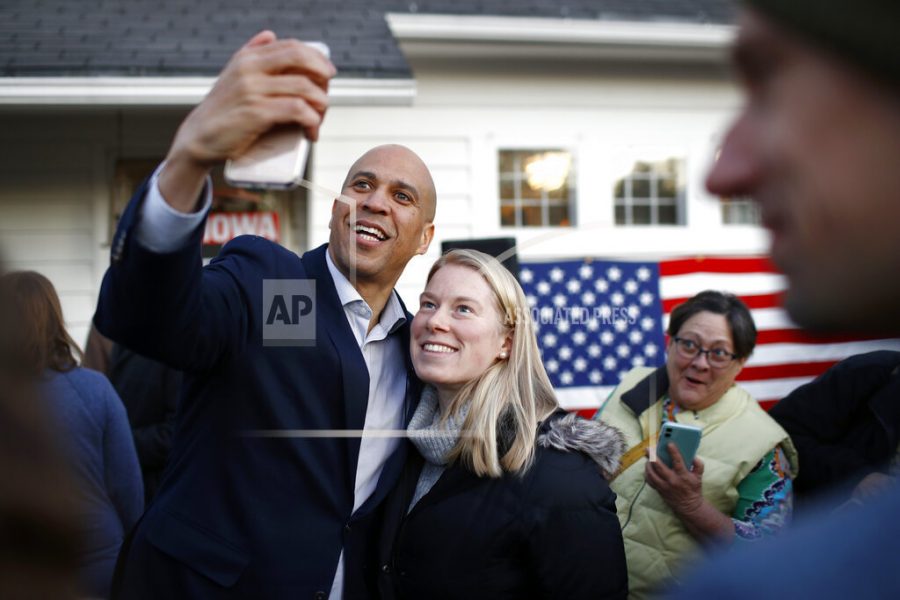 Democratic presidential candidate Sen. Cory Booker, D-N.J., poses for a selfie with an attendee after speaking at a campaign event at the home of Polk County Democratic Chair Sean Bagniewski, Tuesday, Jan. 7, 2020, in Des Moines, Iowa. Booker said a looming impeachment trial and other pressing issues in Washington could deal a “big, big blow” to his Democratic presidential campaign by keeping him away from Iowa in the final weeks before the Feb. 3 caucuses. (AP Photo/Patrick Semansky)

U.S. Senator Cory Booker suspended his campaign for Democratic Presidential nominee in an open letter on Jan. 13. The Senator from New Jersey dropped out less than two weeks after fellow Democrat Julian Castro ended his campaign, citing financial strains as a contributing factor to his decision.

“Our campaign has reached the point where we need more money to scale up and continue building a campaign that can win — money we don’t have,” Booker said. “[That money] is harder to raise because I won’t be on the next debate stage and because the urgent business of impeachment will rightly be keeping me in Washington.”

“I got in the race for president because I believed to my core that the answer to the common pain Americans are feeling right now, the answer to Donald Trump’s hatred and division, is to reignite our spirit of common purpose,” Booker said. “To take on our biggest challenges and build a more just and fair country for everyone.”

Booker has yet to announce any endorsement for the remaining Democratic candidates, but promises his support for the candidate who becomes the presidential nominee.

“2020 is the most important election of our lifetimes — we have to beat Donald Trump … but beating Trump is the floor, not the ceiling,” Booker said.

With Booker dropping out of the race, tech businessman Andrew Yang remains as the only person of color campaigning for the democratic candidacy.