The tragedies on our island 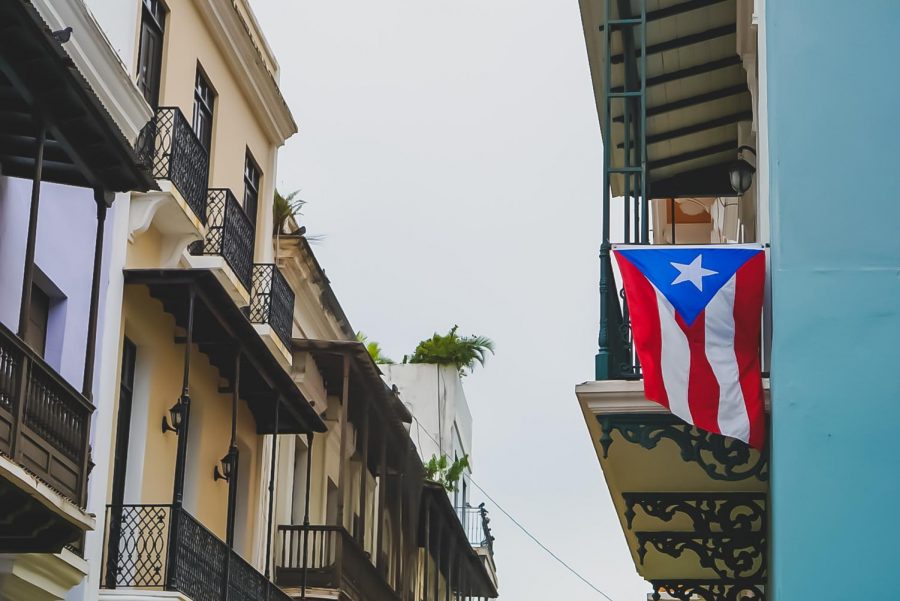 **This story was written by Heydi Ortiz, Spinnaker’s managing editor. Heydi has family in Puerto Rico and personal ties to the tragedies that have occurred there.**

“The non-stop earthquakes made people fear being inside so living outside is the best option. Some are camping in tents, some in their cars, but one thing is for certain, no one can get a good night’s sleep anymore. The earthquakes feel stronger during the night.” — Nilain Ojeda

This is the reality of nearly 3 million people who live on the island of Puerto Rico, who have been affected by the island’s past and now its present. But these realities are more than just physical. They now play a role on the mental state of islanders and their families who wonder what’s going to happen next.

These are the tragedies on our island.

On Jan. 7, Puerto Rico experienced a 6.4 magnitude earthquake, which killed one and injured nine. Another earthquake hit the island four days later with a magnitude of 5.9.

According to Puerto Rico’s travel website, the areas most affected by the quake were the south and southwest regions of the island and power has been restored to nearly 98% across the island.

This comes after Hurricanes Irma and Maria left the island of enchantment devastated in 2017, with residents struggling to obtain water and power, causing many to flee to the U.S.

Two years later, the island still wasn’t prepared for what would happen next.

Spinnaker spoke with Nilain Ojeda, who lives in the city of Cabo Rojo– a nearly two and a half hour drive from San Juan. She has seen with her own eyes what these natural disasters can do to a small country.

“The first tremors were strong enough to make homes rock back and forth. As they got stronger people got more scared. People noticed cracks in their houses and quickly realized that they weren’t safe in their own homes. That is a feeling I do not wish on anyone,” said Ojeda. “In my personal experience, my home hasn’t suffered damage, but waking up to your bed rocking every morning is not a good way to start your day. Being without power, electricity and running water gave all Puerto Ricans flashbacks to Maria, where we stayed like that for months. It definitely triggers our PTSD.”

Businesses have also been affected. Amy and Axel Mercado run a school supply store in San Germán. They say no one is buying anything since parents are afraid to send their children to school.

“School hasn’t started since Christmas because of the earthquakes. The schools have been affected and obviously with the parents there’s anxiety when it comes to sending their kids to school,” said Mrs. Mercado. “Life hasn’t been the same. Everything has changed even in the way that people go about going to places, even shopping to buy things they need and then all of a sudden you hear noises from the shaking. There’s no sleeping. Even our diets have changed because we can’t really enjoy a full meal because of the earthquakes. It’s been really hard over time.”

Like the response with Hurricane Maria, there is grave concern that government officials are unable to respond appropriately. New York Governor Andrew Cuomo was recently quoted as saying in the New York Times, “They didn’t respond appropriately at Hurricane Maria. The president showed up and threw paper towels into the crowd, and now we have an earthquake and continuing tremors, and once again the federal government hasn’t showed up the way they should.”

But despite Cuomo’s expression of concern, Ojeda says it isn’t just the U.S. president whose failed the island but also the government that runs the island.

“The government has been irresponsible, unorganized and has lacked real empathy for our people. They can’t guarantee our safety and have denied help from professionals due to bureaucracy and corruption that runs our country,” said Ojeda.

On Jan. 15, after a long delay, the Trump administration decided to release a hold on billions of dollars in aid to Puerto Rico. According to NPR, although no one is sure when the island will receive the aid, the administration has “repeatedly cited concerns of alleged mismanagement and corruption as justification for its hesitation to hand over billions of dollars in disaster funds to the island.”

The NPR also stated that in July of last year, the FBI arrested a pair of high-ranking officials in Puerto Rico for allegedly directing more than $15 million dollars in federal funds to preferred businesses. “The federal indictment outlined the crimes that included wire fraud, theft and money laundering.”

“The Trump administration hasn’t been proactive even in our state of emergency and our local government doesn’t have a good reputation due to its corruption history with federal funds.There is no trust in the local government, not only from us (the people) but from the federal government,” says Ojeda.