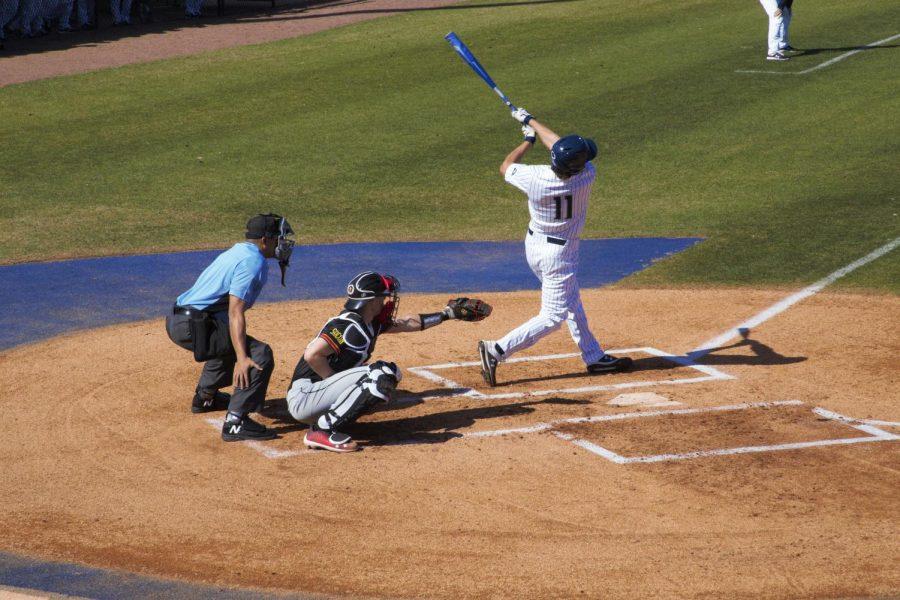 Coming off a walk-off balk win the night before, the Ospreys proved that was no fluke with standout performances from Blake Marabell, Brandon Reitz and Dominick Madonna in the 6-2 win.

Marabell set the tone for the Ospreys early in the bottom of the first with an RBI single to score Tanner May for a 1-0 lead.

The Keydets quickly countered in the top of the second with a fielder’s choice groundout to score Will Knight to tie it at one.

In the next half inning, Abraham Sequera continued his hot streak with a single to right to score Chris Matthias for a 2-1 lead.

It was a busy day for Marabell as he plated another run in the bottom of the third with a sacrifice fly to center to extend the lead, 3-1.

JT Inskeep helped chip away at the Ospreys lead in the fourth with a single to left. Cody Warner benefited from an airmail throw by Marabell at center to score from first. The errant throw trimmed the lead to 3-2, Ospreys.

Marabell made up for the errant throw with an RBI double down the left field line to score a runner for a 4-2 lead. In that same inning, Ricky Presno lifted a ball over the wall in right field to plate two for the first UNF home run of the season, extending the lead to 6-2.

After Reitz exited the game, Madonna made a name for himself in his first career appearance for the Ospreys with three hitless innings of work to close the game for a 6-2 win.

“He had some really good pitches today, we thought he did his assignment,” UNF Manager Tim Parenton said.

Matthias had an impressive day at the plate, going 2-for-3 with a pair of doubles.

Showing strength in numbers, the final three batters in the UNF lineup recorded two hits apiece in the 6-2 win.

For the pitchers of record, Brandon Reitz earned the win and Madonna grabbed the save.

The Ospreys look to go for the series sweep over VMI on Sunday, Feb. 16 at noon.