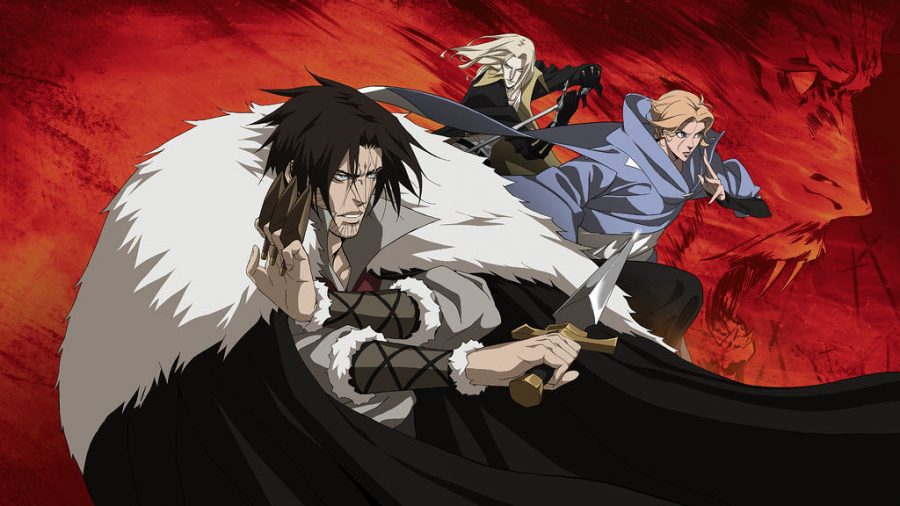 By killing off the main villain in the second season, you would think that things would calm down a bit but that would just be wishful thinking. Season three really just sets up for what is to come and opens up to many possibilities of the future. While grandiose things don’t necessarily happen and everything that happens to the characters are very isolated to where they are, it’s still an important arc as this season added quite a bit of character development.

Trevor and Sypha’s relationship deepens further as the travel together. While initially things are happy go lucky for the couple, or as happy go lucky as things can be in a monster infested Transylvania; throughout their travels together, they manage to come across a very strange town where sinister actions take place and leave a large scare on the couple.

Alucard, however, is left out of what’s happening. After the events that lead to him killing his father Dracula, he isolates himself in his father’s castle. He does this as almost a form of atonement of what he has done but also to guard the castle of any unwelcome visitors. While I won’t go further than that, there are some very interesting plot events that manage to develop Alucard by the end of the season.

As for Carmila, it’s very difficult to talk about what she’s scheming up, but the ensemble of characters that she introduces to the show leads to interesting details of what’s to come in the future.

Overall, Castlevania season 3 is a fine continuation to the series. While this season does have quite a bit more fat than previous seasons, there’s still enough meat or, should I say, blood in the show to keep you interested.