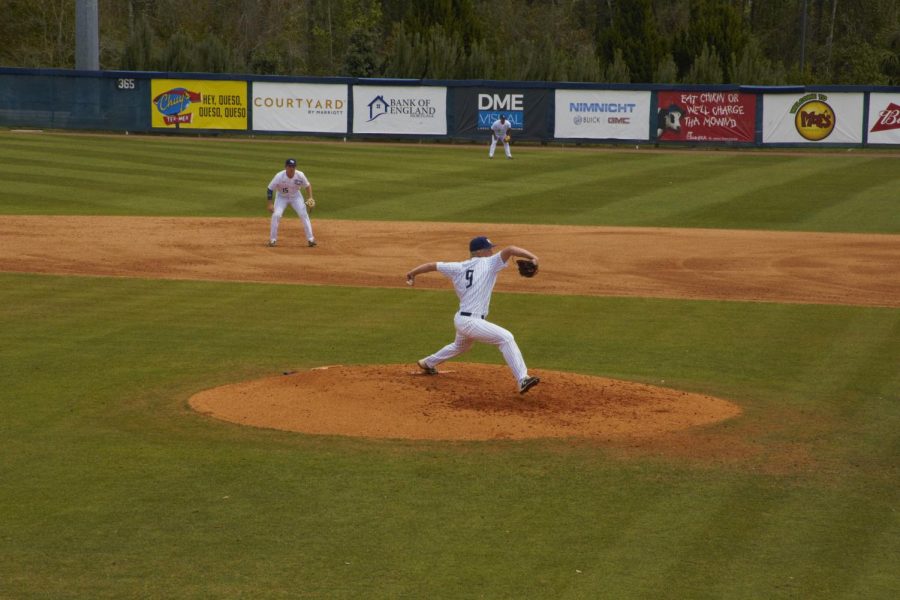 The Ospreys had a tough time finding holes in the Central Michigan defense, coming up short in the final contest of the four-game series, 15-5.

Zach West was the shining light for UNF, going 3-for-4 with two RBI for the day.

The Ospreys’ defense held strong but had problems in the top of the fifth where the entire landscape of the game changed.

In the fifth, the Chippewas recorded six hits and scored ten runs in the process.

Central Michigan’s Chase Rollin brought the lumber when it mattered going 2-for-4, with four RBI and a run of his own.

Matthew Tadlock saw some action in the ninth inning and made short work of the Chippewas to finish the weekend on a high note.

Rogoszewski records the win and is 1-1 on the season.

Dominick Madonna for UNF is tacked with his first loss of the season (0-1).

UNF falls to 3-11 while Central Michigan improves to 10-5 on the season.

The Ospreys are home again this week for a two-game series against the Ohio State Buckeyes, beginning on Tuesday, March 10 at 6:05 p.m.