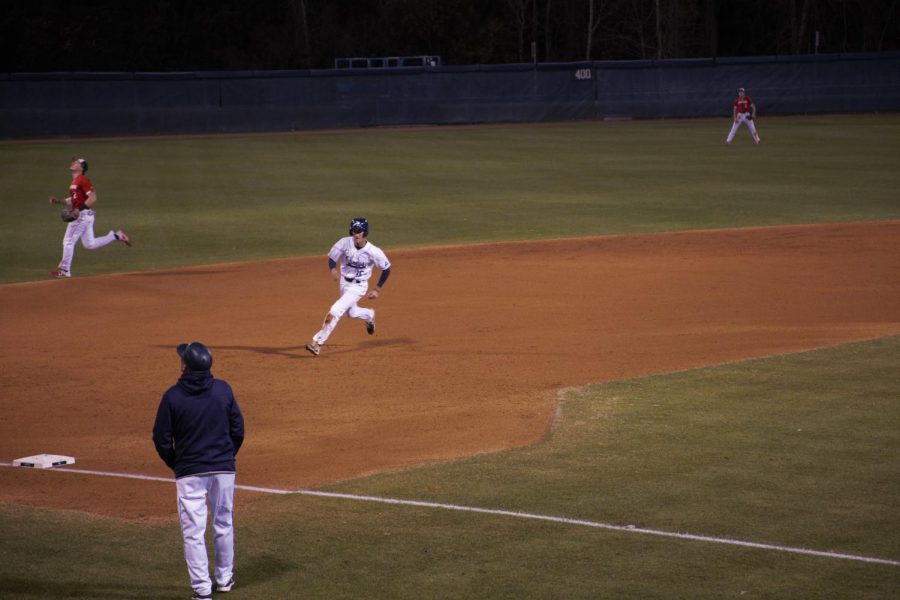 Dillon Dingler finished his sophomore season with three home runs in 49 games. He matched that number in the span of two hours and 18 minutes in the 10-2 win over UNF.

The Ospreys struck early in the bottom of the first with an RBI single from Blake Marabell to plate a runner for a 1-0 lead.

Ryan Jean started the game for UNF and found himself in an early jam in the third when Dingler sent a ball to deep center for a two-run jack and regained a 3-1 lead.

Abraham Sequera pulled the game within one with a single up the middle to cut the deficit to 3-2 in the fifth.

Things began to unravel in the sixth when Brandon Reitz ran into a buzzsaw that was the Buckeyes’ lineup. Five runners scored, highlighted by a solo homer from Dingler off the batting cage in left field and an RBI double from Zach Dezenzo to extend the lead to 8-2.

“It’s a snowball effect right now, we make one error and bobble a ball and all of a sudden, it just keeps going,” UNF baseball head coach Tim Parenton said. “That’s what happens in baseball, it’s either going good or it’s going bad and right now, it’s going bad for us.”

Rafael Santos came in relief and held the Buckeyes scoreless for two innings until the ninth when two runners crossed the plate on a two-run jack from Dingler to cement a 10-2.

Wyatt Loncar picked up the win with 2.2 scoreless innings on three hits and three strikeouts.

Jean was hooked with the loss after going three innings and allowing three earned runs on four hits and two strikeouts.

Sequera had a solid day on both sides of the batter’s box with three hits and an RBI.

Zach Chappell recorded his first hit as an Osprey with a pinch-hit single.

The Ospreys look to break out of their five-game losing streak when they conclude the two-game series against the Buckeyes on Wednesday, March 11 at 2:05 p.m.