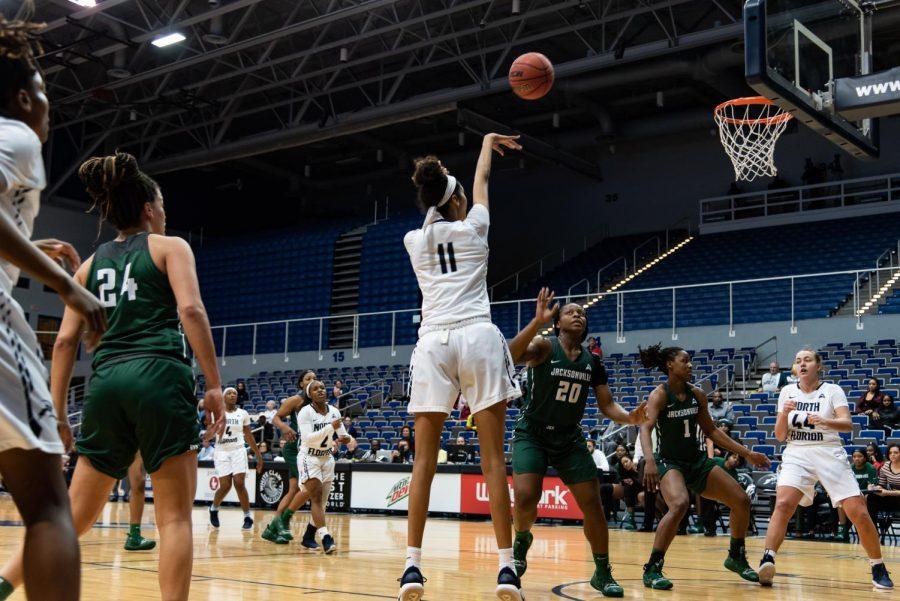 Jazz Bond follows through with her shot.

An early 17-3 run following the first media timeout got the Eagles up 22-7 early in the second quarter. From there, the Ospreys were never able to really get back in the game.

The Eagles came out of the locker room firing on all cylinders. FGCU’s Nasrin Ulel hit three three-pointers to increase the team’s lead to 30 points, their largest lead of the game.

Four players for UNF – Adrienne Jackson, Janesha Green, Dasha Eremeeva and Victoria Patrick – played their final games as Ospreys. The four seniors combined for 32 points, led by 19 from Green who added six rebounds and two blocks to the box score.

Adrienne Jackson ends her career in the top 10 in multiple categories of UNF’s career record books including fourth in points, third in rebounding and second in steals.