Women’s History Month: Dr. Jennifer Welter as the first woman to coach in the NFL 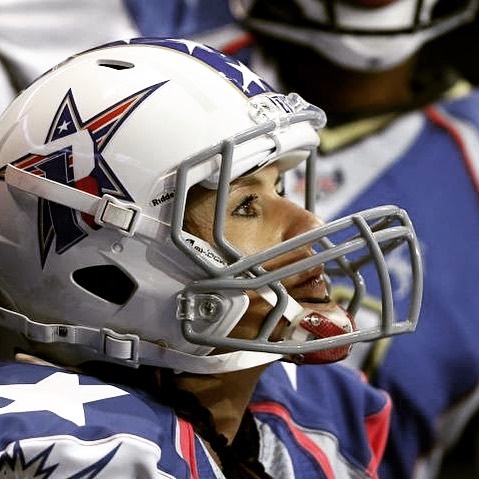 Dr. Jennifer Welter became the first woman to hold a coaching position in the NFL when she interned as the linebacker coach for the Arizona Cardinals in the 2015 preseason.

Dr. Welter was born in Vero Beach, Florida and attended Boston College, where she earned a masters in psychology. She later graduated from Capella University where she earned her PhD. She played rugby in college and performed on professional football teams, such as the Dallas Diamonds and Dallas Dragons. She also won a gold medal in the International Federation of American Football (IFAF) women’s world championship in 2010 and 2013.

In 2014, Dr. Welter became a running back for the Texas Revolution of the Champions Indoor Football league, making her the first woman to play a non-kicking position in a men’s professional football league. In 2015, Welter made history again as she later coached the linebackers and special teams on the Texas Revolution, becoming the first woman to be hired as a coach in men’s football.

Dr. Welter is now 42 years old and was hired as a defensive specialist for the Atlanta Legends in the Alliance of American Football in 2018. Last fall, she went on a tour sponsored by Adidas to coach football camps for the youth in numerous cities around the country, such as Dallas, Boston, New York, Miami, Houston, Atlanta, and Los Angeles.

Jennifer Welter was the first woman to do many things in the men’s football world and paved a path of hope for a younger generation of girls who enjoy throwing the pigskin.

“Greatness is a choice you make over and over. And when you choose personal greatness – big or small – it becomes a part of who you are. Don’t get me wrong: just like you, I have had my days when I would not have chosen greatness on my own. It took work. It took strategy. It took perseverance. Don’t leave your greatness to chance,” said Welter.