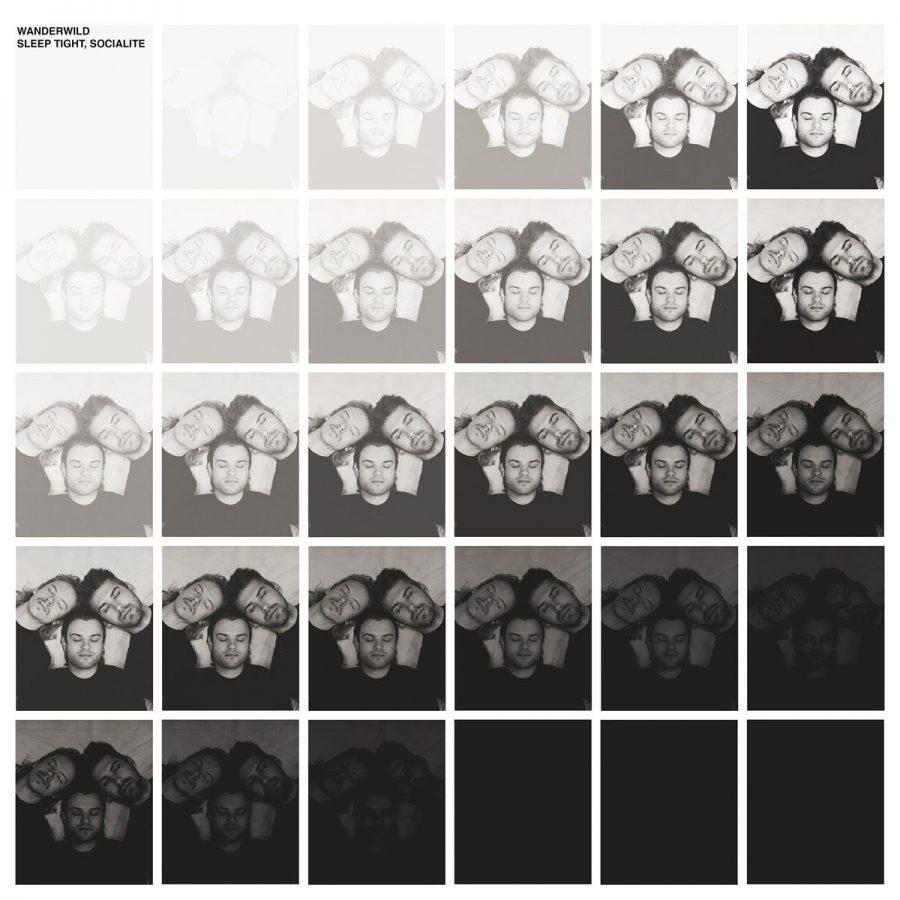 Noah: Hi Aloe! How did you get introduced to “Sleep Tight, Socialite”?

Aloe: Hola, Noah ~ I actually got introduced to Wanderwild by you.

Noah: I continue to impress myself every day. What were your first thoughts when you listened to the album?

Aloe: It’s a great album. Full of songs that make me want to jump in my car and burn some gas in the setting sun. Since you are much more familiar with the band — magazine feature and all (everyone ought to check it out!): what are your thoughts on their sophomore album?

Noah: “Sleep Tight, Socialite” reminds me of early The Strokes. The second I heard it I got transported back to “Is This It?” Do you have a favorite track?

Aloe: Yeah, I can hear that. “All Around The Room” is my go-to song. It hits a chord within that first two seconds. The vocals are fun, too. What is your favorite track, and what do you think should be different within the album?

Noah: “All Around the Room” is actually my favorite track too! Not because of the chords, but because I love the lyrics so much. “Baby we could settle down in Utah” and “she was there, she was playing with her hair, I was hoping she might lay one on me” are both great. I think the album not telling a cohesive story is something I feel is lacking, what about you?

Aloe: Hahaha, great minds think alike. The same for me. I wanted a better transition between songs, and the ending song leading back to the beginning.

Noah: I love when albums do that! So out of 5, how many Spinnaker Sails would you give the album, 1 being the worst and 5 being amazing?

Aloe: I’d say a solid 4 sails — I mean, I’m bopping to these songs as we speak. What about you, Noah? What is your verdict?

Noah: I may be biased because I’m friendly with Matt (the lead singer) and I got to interview them, but I’d give it 5 sails. I just purchased the last vinyl copy of the album, and it’s mostly all I’ve been listening to in my personal time since March. Thanks for talking with me about this great album, and I can’t wait for the interview with the band to go live too!

Aloe: Thanks for the chat and sharing the great recommendation. Hear y’all on the next releases 🙂

Platinum: The leading single off “Sleep Tight, Socialite,” this track is a solid introduction to what listeners can expect from Wanderwild on this LP. On this track, they embrace their early aughts influences: the lyrics are reminiscent of something The Killers could’ve written, whereas the instrumentals pay due to bands like The Strokes and Interpol. It’s clear and concise, with punchy guitars and descriptive lyrics that paints a picture for listeners.
On Your Mind: Another ode to 2000s indie rock, this track is notable for the instrumentals. Wanderwild mixes the grungy, distorted guitar sounds with clean-cut, dreamy sounding riffs. It’s nothing groundbreaking or new to indie music necessarily, but they pull off the sound well.
All Around the Room: The third track of the album sees Wanderwild embracing falsetto and stark transitions from the verses to the choruses. The track sees a basic drum beat contrasted with distorted guitars as the singer discusses his attraction to a woman, who appears to be “all around the room”. It’s the shortest track on the album: with a run time of only 2:16 minutes, it feels like a filler. However, it is extremely catchy and achieves the archetype for indie rock.
Right in Front of You: The first thing I noticed about this track were the vocals. Instead of a heavy-hitting, declarative style of singing, he embraces softness and fragility. It’s a breath of fresh air in comparison to his normal style of performing. Soon after, the track reverts back to the urgent vocals and instruments Wanderwild is well-acquainted with. I really hear the influences of The Killers in this one.
Andy: This track sees Wanderwild dissecting the frustrations that are associated with feeling oneself fall out of love. This is probably my favorite off “Sleep Tight, Socialite.” The instrumentals highlight one another in order to create a melody that evokes nostalgia and a feeling of longing. It’s especially fitting combined with wistful lyrics like “I’m feeling less like I know you, is this the way it happens, someone tell me what did I grow out of, it’s never been quite like that…”.
Gold Star: This track is frustratingly familiar to me. It sounds like something I’ve heard before and I can’t place my finger on it. It’s an engaging track, embracing spoken chants in the second verse and raunchy guitar riffs, similar to acts like Kaiser Chiefs and Franz Ferdinand. The lyrics discuss a blooming relationship, comparing himself and his love interest to gold stars and diamonds. For a song with a run time of only 2:25 minutes, it packs a punch.
Irma: Written during Hurricane Irma during 2017, it’s the second single off “Sleep Tight, Socialites.” It’s a bouncy indie track with a dominant bass line, as the lyrics examine thankfulness and love during difficult times. Lyrics such as “say what you mean, how you feel in the dark, you can crawl back to life, here I am, not alone…” establish a sense of comfort for listeners.
Back to Your House: Track 8 sounds eerily like The Killers circa 2004 – which isn’t a bad thing! Wanderwild mixes distortion with dreamy guitars, introspective lyrics, dynamic melodies, and an explosive ending. As a self-declared indie rock band, Wanderwild achieves exactly what they were going for on this track.
Still: The final track of “Sleep Tight, Socialites” encapsulates all of the characteristics of Wanderwild that makes them a promising, up-and-coming indie rock band. Urgent vocals, distortion, introspective lyrics, and catchy melodies all come together in this track to end the album on a high note. Wanderwild sends listeners off with the final lyric of the album, “sleep tight, socialite, stay in bed tonight”. It’s a smart move: by referencing the title of the album in the last song, the band draws attention to the overarching theme of the album and makes “Sleep Tight, Socialites” truly come full circle.

Wanderwild’s “Sleep Tight, Socialite” is a skillfully crafted indie rock album. With a run time of only thirty minutes, they bring back early aughts influences and give it a modern twist. Although it’s nothing particularly “new” that I’ve heard before, it’s clear that the band has immense talent and knows how to write catchy, dynamic music. My only wish is that they would be more experimental with their music instead of embracing a tried-and-true format of indie music.