Album Review: “The Cars” by The Cars 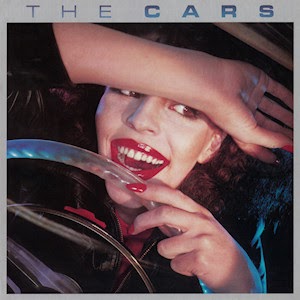 The rise of 1980s new-wave music can be attributed to many driving factors: the death of disco, a seemingly endless output of prog-rock bands, the stigma attached to rising punk bands — so when The Cars released their self-titled debut in the summer of 1978, it was a breath of fresh air. Combining the spirit and energy of punk music with a radio-friendly pop sound, The Cars established themselves in the restless music scene of the late ‘70s with a near-flawless debut. Though I don’t have a deep, personal connection with “The Cars,” it’s one of my favorite albums of all-time. It’s infectiously catchy and a universal pleaser — one of those albums where, regardless of who I’m with, I know I can turn it on and receive no complaints. For any fans of ‘80s rock, new-wave, or punk: “The Cars” is the album for you.

Good Times Roll: What a way to open an album. Second-by-second, a simplistic guitar riff is added onto with eerie synths, stacked harmonies, and steady drums. Though the title suggests it may be upbeat, the track itself is mid-tempo and creates a moody aura. Ric Ocasek’s vocal provides a withering, cynical commentary on the illusion of “good times” in the world of rock and roll.
My Best Friend’s Girl: The second track of the album is an upbeat, toe-tapper that sees Ocasek singing about a woman he used to be romantically involved with now dating his best friend. Backing vocals from the rest of the band (“here she comes again…my best friend’s girlfriend…”) intermixed with clapping gives the song a jovial vibe — contradictory to the subject matter, while the rockabilly guitar licks in-between the verses and choruses showcase the band’s knack for creativity.
Just What I Needed: The best song on the album, and perhaps the best song The Cars ever released. Sang by bassist Benjamin Orr, “Just What I Needed” is infectiously catchy — pulsating synths, crisp guitar-work, and effortless vocals. But effortless isn’t a bad thing: Orr’s vocals feel genuine. The simplicity of the song’s structure, aligned with his style of singing, is what makes “Just What I Needed” so brilliant. It’s 3:45 minutes of power-pop bliss.
I’m in Touch with Your World: One of the more experimental tracks on the album: here, The Cars embrace psychedelia, spacey-sounding synths, sound clips of beeps out of video games or cartoons, breaking glass…the list goes on. The lyrics are just as head-scratching: “it’s a thing you call creation, everything is science fiction, and I ought to know…,” but combined with the implementation of random sound-bits and crescendoing guitar riffs, it doesn’t matter whether the lyrics make sense of not. It’s one of the most interesting and engaging tracks on the album.
Don’t Cha Stop: One of the few tracks on “The Cars” that doesn’t shy away from its punk influences, “Don’t Cha Stop” is a fast-paced thriller characterized by repetitive vocals, rolling drum-lines, guitar solos, and of course: ALL THE SYNTHS. It has a harsher feel to it compared to the rest of the album: it’s chaotic, slightly manic, yet has one thing in common with all the other tracks: it’s insanely catchy.
You’re All I’ve Got Tonight: This track reminds me of garage music, with a new-wave twist. Pounding drums, raunchy guitar riffs, and declarative, punk-eqsue vocals from Ocasek make this track stand out. The production in this track as notable as well — by mixing new-wave stylings with classic rock and punk music, there’s nothing quite like this track outside of The Cars’s discography.
Bye Bye Love: In “Bye Bye Love,” Orr showcases dynamic, emotive vocals — contrary to Ocasek’s monotone, almost cynical style of singing. This track is one of the strongest on “The Cars” vocally. The instrumentals are phenomenally engaging as well, with slick guitar riffs, keyboards, synths, and multiple changes in tempo. It’s one of the lesser-known tracks off the album, but it’s up there with the singles in terms of greatness.
Moving in Stereo: Though this track wasn’t released as a single, it’s one of the most recognizable songs The Cars has released. Played in the 1982 film “Fast Times at Ridgemont High,” the track has become synonymous with that Phoebe Cates scene. Yes, you know the one. The brilliance of the track goes past pop culture references, however. One of the two experimental tracks on the album, it has a more mature sound than the rest of the album. The implementation of tremolo, auto-tuned vocals, and eerie, spacey sounding synths make this track one of the best off “The Cars”.
All Mixed Up: The closest thing to a ballad off “The Cars,” “All Mixed Up” is a track dealing with misunderstandings and confusion in a romantic relationship. The instrumentals are relatively similar to the previous tracks: synths, stacked vocals, and powerful drums. Additionally, they also bring in a saxophone to end the track, and effectively, the album as well. While this sounds slightly dated now, it’s still a welcome touch.

The Cars 1978 self-titled debut is one of the finest pieces of power-pop and new-wave music that I can think of. With the exception of the last track, all the songs are timeless — I could see “Just What I Needed” being released today without any hesitation. Indeed, still to this day, nearly every track is played on classic rock stations — even though only the first three tracks were released as single. I think the fact that The Cars were able to achieve mainstream success without relying on released singles speaks power to just how talented they are as a band. They paved the way for newcomers in new-wave, such as Duran Duran, and their influence can still be heard in the music of Pixies, Weezer, The Strokes, Fountains of Wayne: the list goes on. The guitarist of the band, Elliot Easton, even joked about the album at one point, stating the first album should’ve been called “The Cars Greatest Hits” — do with that what you will. This album is one everyone needs to hear at some point in their life. 5/5 Spinnaker Sails.