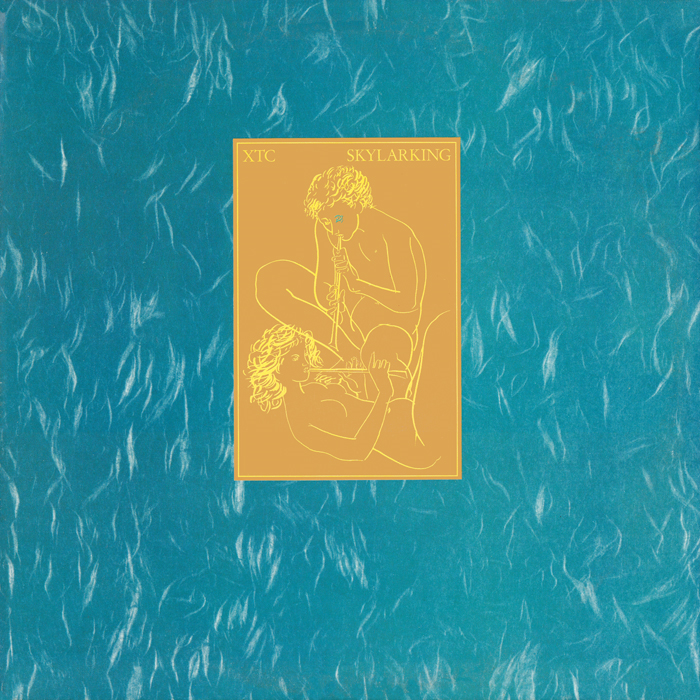 When you hear the term underrated, in terms of music, you probably have a few artists that come to mind. Anyone who enjoys music, which is practically everyone, has at least a couple of artists they don’t believe gets the fair share of credit they deserve. Of course, the entire idea of being underrated is a bit abstract; it’s subjective and hard to quantify. Despite the inherent bias of point of view, I think there is one outstanding example of a band that objectively deserves more credit than they ever got: XTC.

XTC was a band formed in 1972 by a couple of teenagers, Andy Partridge and Colin Moulding, who hailed from Swindon, England. The duo would become the primary songwriters in their newly formed band; they started off with the title Star Park, changed their name to Helium Kids in 1974, and eventually settled on XTC in 1976. Getting their “big break” by performing on John Peel’s BBC Radio Broadcast, they quickly jump-started their career as a Post-Punk band with 1977’s 3D EP and their first full-length record, 1978’s White Music. At this point, they were quite experimental, taking influence from avant-garde artists like Captain Beefheart and Jazz Fusion outfits like Mahavishnu Orchestra as well as the English Punk scene. Over the years, they retained their experimental qualities whilst evolving out of the Post-Punk sound, settling into genres like New Wave, Art-Rock, Chamber Pop, and Neo-Psychedelia among many others.

Skylarking, the band’s ninth full-length album, came out in 1986 on the 27th of October. Produced by the legendary Todd Rundgren, the album is conceptually based on summer, loosely recalling the season from beginning to end.

This album sees the band exploring a more psychedelic orientation, in addition to their previous synth-laden rock material. Skylarking opens with the song Summer’s Cauldron (which I named my own radio show after!). The sounds of birds and bugs melding with synthesized modulation to introduce the album gives it such a unique, oddly nostalgic quality; it instantly reminds you of the summer you know and love.

The track builds and builds, leading into an orchestral pop tune Grass. This song is an uplifting recollection of the things that a young couple would do in the summer sun; from sitting together in the grass, to hanging out with friends and getting ice cream. It has a slight sense of yearning as if the time for those wonderful events has passed and you’re unable to go back. The track ends with the same modulation that Summer’s Cauldron began with.

The next song, The Meeting Place, opens with the whistling of a train and a quaint acoustic arpeggio. The chorus explodes into a harmonious, beautiful melody with Colin and Andy’s dual vocals being reminiscent of John Lennon and Paul McCartney of The Beatles. The song quiets down to its completion, beckoning the sounds of a digital dirge with the song That’s Really Super, Supergirl.

The track beautifully captures the essence of feeling like you’re not enough in a relationship. Andy Partridge vocalizes the death of an intimate connection and how he can’t keep up with her, comparing his former lover to Supergirl. Simultaneously contrasting the sad lyrics is a beautiful synth-pop arrangement, which I interpret to mean that the character in the song is actually happy for his former lover despite their breakup.

The howling sounds of the keyboards lead to the song Ballet For A Rainy Day, beautifully describing the natural colors of a rainy day. The song segues into a more discordant and jarring song, 1000 Umbrellas, that takes the theme of rain and compares it to the tears falling from a young man after a breakup. The orchestration of the song halts and pauses for a moment before the song Season Cycle begins, starting with the jubilant pulsating of an organ and ends with a pleasant fadeout into Earn Enough For Us, a hopeful song about earning enough to settle down with a family.

Big Day, starts off with the clangor of wedding bells and pompous vocalization, questioning the longevity of an average person’s affection toward their partner. Ending as it started, Big Day faintly reminiscences the wedding bells, leading into a slow, almost tribal-sounding tune called Another Satellite. The song uniquely positions itself in the album, giving out a darker energy than any of the songs preceding it.

The song following it, Mermaid Smiled, jolts out of the darkness and gives a percussive and lighthearted sounding resonance, then breaks into an almost Jazz-like pop song. The percussion continues into The Man Who Sailed Around His Soul, beginning with the rhythmic flurry of bongos and piano chords with intermittent breakdowns resembling the soundtrack of a spy movie. The song Dying is about watching a person falling ill and remembering them as they were, as well as questioning your own mortality. The somber tone of the song slows the momentum of the record and parallels the “beginning of the end” of the Summer season.

The final song on the record, Sacrificial Bonfire, marks the true end of the Summer, conceptually. It details a harvest ritual that summons Autumn and symbolically closes the summer season and the album simultaneously.

This album is easily one of the most incredible cohesive works I have ever listened to, and I’ve listened to quite a lot of music. Todd Rundgren’s production gives the album a rich quality, and it adds to the depth and meaning of the record in an incredible way. The album is one of my favorites of all time; it’s a glistening milestone in the history of New Wave and 80s music as a whole. It’s also a fantastic entry point into the incredibly varied discography of XTC. I would highly recommend to anyone who would like to get into the more “alternative” side of 80s music or New Wave, with other gateway acts being artists like Peter Gabriel and Talking Heads. If you want to dive into the pool of weirdness, it’s always good to stick your toes in first; this album is a fantastic way to go about doing it without sacrificing any of the mind-blowing musicality. Being my favorite album of the 80s, I rate this album 5 Spinnaker Sails out of 5. I also strongly recommend listening to this album in its entirety in one sitting, as it’s a very consistent, interconnected experience!