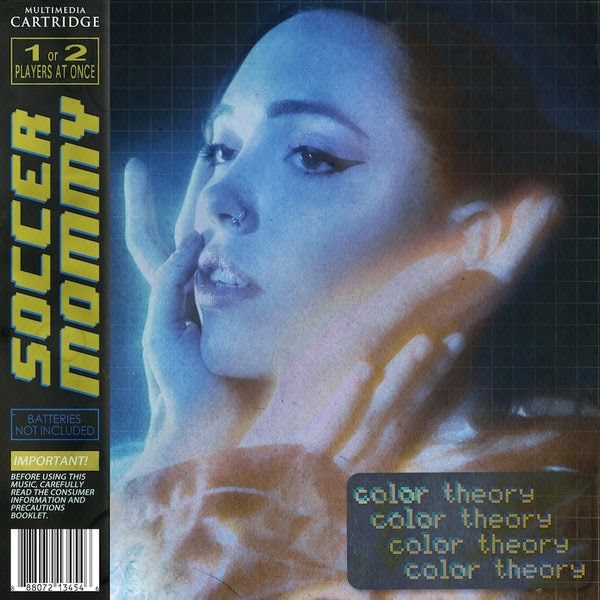 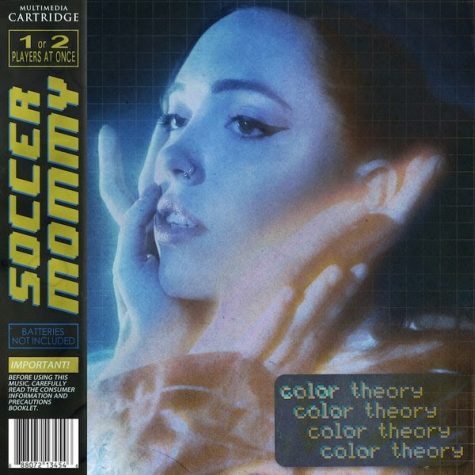 INTRODUCTION: Soccer Mommy (AKA, twenty-two year old Sophia Allison) is a singer-songwriter hailing from Nashville, Tennessee. Her second studio album, “Color Theory” was released in February of 2020. I first heard Soccer Mommy while working in the radio station — “circle the drain” had just been added onto our rotation, and I was immediately engaged by what I heard. With this album, Soccer Mommy was able to combine modern indie sensibilities with late ‘90s/early 2000s nostalgia — for a culture seeing a huge revitalization of this era, “Color Theory” is a staple in the trend, and my favorite release of 2020.

bloodstream: For a track containing sunny, distorted guitars, subtle percussion, and an overall carefree sound, “bloodstream” doesn’t hold back any of singer Sophia Allison’s mental anguish. She perfectly encapsulates the feeling that comes with breaking out of teenage-hood and having no idea who you are with aching, nostalgia-tinged lyricism. Her verses are purposely contradictory; describing scenes of happy childhood memories, juxtaposed against her adult struggles with depersonalization, depression, and self-harm. The feel-good instrumentals paired with brutally honest, dark lyrics act as a brilliant metaphor for  the pain and anomie that comes with growing up and losing yourself.
circle the drain: This is the best song that Sheryl Crow never wrote. Yet, it’s not a rip-off of something you would hear from Crow’s discography — while Allison does embrace the roaming, shimmery instrumentals often associated with the ‘90s star, it’s still uniquely hers. Personal anecdotal lyrics see Allison likening living with depression to a spiral: circling the drain. Her words are almost uncomfortably personal: “I’m trying to seem strong…but I’m so tired of faking, ‘cause I’m chained to my bed when they’re gone, watching TV alone till my body starts aching…” make you feel as if you’re listening to an audiobook of someone’s diary that you really shouldn’t be listening to. Yet, much like the opening track, Allison sees the importance of acknowledging mental health struggles instead of hiding it away.
royal screw up: Contrasting with the shimmer of the first two tracks, “royal screw up” is a slow-burning acoustic track focusing on Allison’s perception of herself and rejection of the idea that someone else can save her from her own issues. Beginning with gentle guitar plucking, the track slowly crescendos to showcase mid-tempo percussion, soft violins, and rain sound effects. It’s simplistic in structure — which allows Allison’s vocals and descriptive, intricate lyricism to shine.
night swimming: The fourth track is the first to showcase Allison’s knack for dreamy, trance-like music. The instrumentals are limited to just violins and guitar plucking, with sound effects of people walking on a busy street interspersed throughout. Lazy and lonely, Allison sings: “You watched me sink beneath the water like a stone and then let go, I came for air and found that I was all alone…you said that you had loved me, but you knew that you would end up on your own”. The song itself is beautiful — but definitely won’t be going on a “feel-good” playlist anytime soon.
crawling in my skin: This is one of my favorites on the album. Contrary to her typical topic choice in songs (depression and heartbreak), Allison sings about experiencing sleep paralysis. It almost sounds foreboding — she sings, trancelike, primarily in a minor key and uses the instrumentals to encompass feelings of anxiety. I think it’s a really interesting topic to write about as sleep paralysis is something many experience — but, unlike topics such as depression and heartbreak, it’s much harder to find a song that discusses the phenomenon.
yellow is the color of her eyes: With a runtime of 7:00 minutes, “yellow is the color of her eyes” is a moving ode to Allison’s mother, who has suffered from a terminal illness for nearly ten years. She uses color as a metaphor throughout the album, with yellow being intended to represent physical and mental illness. Indeed, the song is a gut-wrenching look at living with a dying loved one, but the emotion associated with that is showcased beautifully. Allison sings “loving you isn’t enough, you’ll still be deep in the ground when it’s done…” in the outro of the track, showing that she is well aware of mortality and loss, even at her young age.
up the walls: The shortest track on the album, “up the walls” sees Allison placing her relationship under a microscope. Yet she is not concerned with the relationship itself — rather, she focuses on her desire to be an “easier” person to be around and her anxiety about how her mental health struggles affect her partner. The instrumentals are simplistic, with just an acoustic guitar and quick, soft percussion framing her vocals. It’s a beautiful, relevant track in regard to modern day relationships.
lucy: Not a diss track towards Lucille Ball or Lucy Dacus: rather, Allison is singing about Lucifer. Much like track five, she doesn’t shy away from singing about the demons that plague her, both mentally and possibly physically. The instrumentals and vocals build upon themselves, with distorted guitars adding to the eeriness of the track. She begs for Lucy to quit taunting her, all while describing him as having “the face of an angel, with the heart of something less nice…”.
stain: This track is a slow, haunting look at a manipulative relationship. With nothing but an acoustic guitar supporting Allison’s crystal-clear vocals, it’s one of the better tracks on the album. Allison has effectively shown that a song does not necessarily need complex, dynamic instrumentals in order to be notable — again, her lyricism shines. She’s clearly scorned and vindicated, comparing her ex’s words to chloroform. Although she previously felt immense guilt regarding the relationship, she now realizes none of what happened was her fault.
gray light: The final track of the album sees Allison dissecting her mother’s terminal illness, and the anxiety that creates in Allison’s own life. She asks: “I feel it too, inside the gray light of my room, am I just like you? Am I gonna be there way too soon?”. The production techniques also help to create a sense of dread — distortion and individual, industrial noises make the otherwise beautiful composition sound abrasive and harsh. Yet, that’s not a bad thing — if it was intended to represent the subject matter in an instrumental form, she did it wonderfully.

If you’re looking for a feel-good summer album, “Color Theory” is not the one for you. However, I still recommend that everyone check out this album at some point. Soccer Mommy (AKA Sophia Allison) has created a work of art, detailing her life experiences and mental health struggles. Though some may find it exhausting to listen to song after song about illness, depression, or anxiety (justifiably so), it’s still an extremely important and relevant subject matter — more importantly, while her tracks may be dark, they’re relatable. Any piece of art that allows listeners to feel comforted is one that’s deserving of attention. 4/5 Spinnaker Sails.

Standout Tracks: “bloodstream,” “circle the drain,” “crawling in my skin,” “yellow is the color of her eyes,” “lucy.”