Blast from the past: Beverly Hills 90210 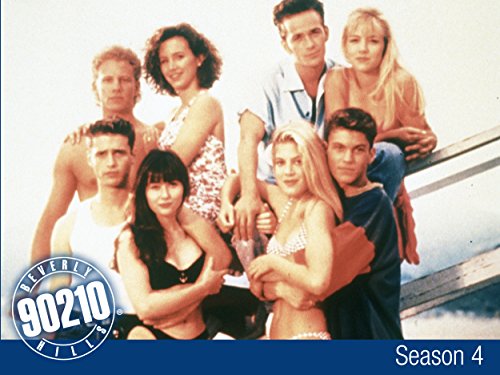 Beverly Hills 90210 was one of the first teen dramas that greatly impacted American television. While on air, the show gained a large following and over the years, fans have been hoping for a successful reboot.

Beverly Hills 90210 is about Brenda and Brandon Walsh, twins, whose family moves from Minnesota to Beverly Hills. They adapt to the warm weather, filthy rich classmates, and amplified social drama and turmoil.

The show also tackles very serious situations with episodes about gun-violence, religious identitiy, grief, sexual assault, racism, alchoholism, eating disorders, drug abuse, and many other significant altercations. Brenda and Brandon eventually find themselves within a group of friends and they face and overcome all these issues over 10 whole seasons (1990-2000).

These are some frames from the series.

In 2008, a spin-off series called 90210 was created and followed a new family that moved into Beverly Hills from Kansas. This series had a new cast and followed new stories, but there were some original characters here and there. The adaptation still dealt with serious issues, but only lasted five seasons (2008-2013); half as long as the original series.

Last year another spin-off series was made, named BH 90210, that follows the lives of the original actors and actresses of Beverly Hills 90210 many years later. The actors are playing fictional versions of themselves as they reunite and try to reboot the original 1990 series.  The show is not actually a reboot of the original, but a fictional reunion for the actors of the original show. Fox announced that the show will not be renewed for a second season.

Beverly Hills 90210 does not only engage in petty everyday teen drama, but rather more complex plots with witty dialogue that make it relatable and realistic. The gradual character development and great acting pushes this series to top-tier authenticity.

The show truly focuses on teaching meaningful life lessons and virtues. That’s a lot more than you can say for many television shows today.

The original Beverly Hills 90210 series is available on Hulu, CBS, and Amazon Prime.