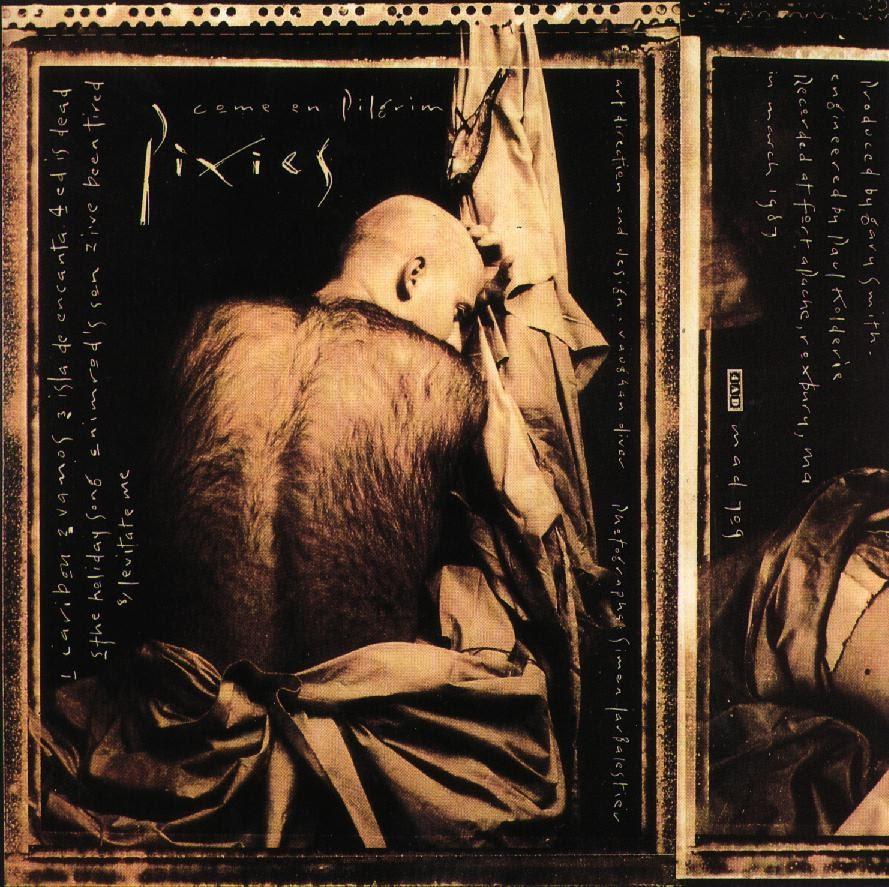 “Come On Pilgrim” is the first studio release by American alt-rock band, the Pixies. One could argue that with this 1987 release, the Pixies predicted the alternative rock boom of the ‘90s approximately three years before it happened. Indeed, in an era filled with hair metal and new wave, there wasn’t anyone else like them at the time, they pioneered a sound that would go on to dominate airwaves for an entire decade. 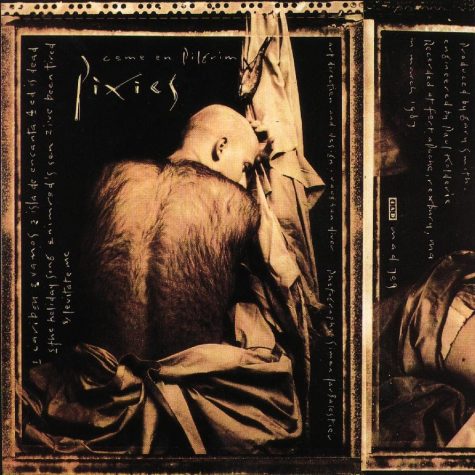 1.) Caribou: One of the earliest Pixies cuts, “Caribou” is an eerie, haunting song discussing reincarnation and animal worship. It’s the longest track on the EP; three minutes of swinging guitars, howling and demented vocals, and lyrics urging listeners to repent for their sins. At the least, it’s unnerving, in the best way possible.

2.) Vamos (pilgrim): This track is chaotic, disorienting, and verging on manic. The lyrics are notable, primarily because half of the song is in Spanish: in an unnerving voice, lead singer Francis Black repeats “vamos a jugar por la playa” — translating to “let’s go play by the beach”. However, the instrumentals are what make this track stand out. The guitar riffs are distorted, frantic, and unnerving, whereas the percussion and bass are just as fast-paced, but more consistent throughout the track.

3.) Isla De Encanta: This is the second track on the EP to primarily be sung in Spanish. Roughly, the lyrics are translated to describe a scene in which the singer is urging his sister to come play on an island with him where there is no suffering, only enchantment. It’s a continuation of the idea presented in “Vamos (pilgrim)” and equally chaotic — one of my favorites of the EP.

4.) Ed Is Dead: Taking inspiration from the Violent Femmes, the Pixies embrace a bouncier sound on this track, in contrast to their previous chaotic sound. The lyrics describe a girl who believes she can pick up radio frequencies with her headgear as she rides around Los Angeles. What this has to do with Ed being dead, I’m not quite sure. Nonetheless, it’s an engaging track that demonstrates the Pixies knack for structured, catchy riffs.

5.) The Holiday Song: In “The Holiday Song,” Pixies embrace their pop sensibilities. With steady bass-lines, urgent guitar riffs, and humming from bassist Kim Deal in the background, the lyrics tell a story of a wicked, evil son who has fallen from grace. I’ve noticed that the Pixies tend to implement various religious imagery throughout the album, making the tracks all the more engaging to listen to.

6.) Nimrod’s Son: This track continues the trend of biblical references in “Come On Pilgrim” — in this case, referencing Nimrod, the great-grandson of Noah. The lyrics soon take a darker turn, going into the details of our narrator getting into a motorcycle crash and contemplating how he relates to the aforementioned religious figures. The instrumentals also create an unsettling aura around the song with banjos, manic vocals, and chaotic, frantic guitars and percussion.

7.) I’ve Been Tired: The seventh track of the album, “I’ve Been Tired,” sees Black Francis dissecting an awkward interaction with a radical, politically aware female. His feeling of awkwardness doesn’t necessarily stem from the radical nature of her politics, rather he’s forced to place his own personality and desires underneath a microscope. The instrumentals are bouncy and energetic — the best comparison I can think of is an edgier version of ska.

8.) Levitate Me: The last track of “Come On Pilgrim” is an eerie sounding song that sees Francis urging a woman to levitate him, only to then ask that she runs over him. The song is either gibberish or a brilliant innuendo, depending on the way you look at it. Since the release of this song, the Pixies have made it a trend in their music to include hard-to-dissect lyrics, perhaps part of what makes them so appealing.

The Pixies first release, “Come On Pilgrim,” is a staple for any fan of alternative rock. Though most know the Pixies from the 1988 track “Where Is My Mind?” being played in the movie Fight Club, this release serves to prove their talent and innovation go far past that one single. The Pixies are easily one of the greatest American bands of all time. Beginning with “Come On Pilgrim,” they planted the seeds to ultimately inspire an entire movement of alt-rock. The Pixies pioneered the genre with tactics unknown to other artists before them: constantly shifting musical dynamics, howling vocals, surreal lyricism, and underneath all the chaos, nearly flawless pop structures. “Come On Pilgrim” isn’t a perfect album, his vocal delivery is abrasive at times and hard to understand unless you have the lyrics in front of you, yet it’s absolutely still worth listening to. 4/5 Spinnaker Sails.