Student government president elected to Florida Board of Governors 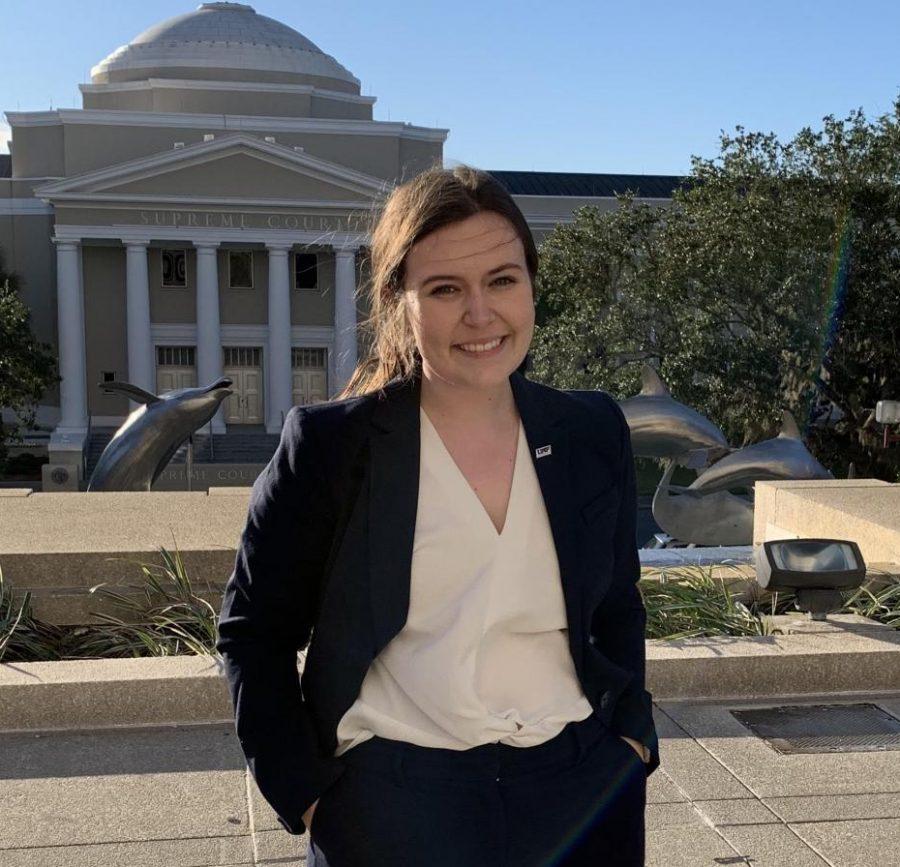 The University of North Florida’s student government president has been voted into the Florida Board of Governors, the governing body for the entire public university system of Florida.

Ally Schneider, senior and president of UNF’s Student Government, has worked diligently in SG since her freshman year. Starting out as a senator, she worked her way up to president, and just a little under two months after being elected into office, she is now the only student representative on the Florida Board of Governors.

To gain this honor, Schneider was nominated along with two others by the Florida Student Association (FSA), which is comprised of the student body presidents from the other 11 public universities. She spent the next two weeks calling around to other people in the FSA to see exactly what they needed from a student representative.

“One thing that’s really important to me is collaborative leadership,” said Schneider. “I’ve never been a fan of making decisions on your own without the input of the people you are leading.”

On May 23, Schneider was elected by her peers to represent the FSA on the Florida Board of Governors.

When asked what she intends to accomplish through being on the BOG, she admits that she is uncertain of the specifics due to the effects of the pandemic.

“I can say that one thing that I want to make sure that I do bring to the Board of Governors is student perspectives that might be overlooked,” said Schneider. “Students who don’t have health insurance who might not be able to afford testing for the virus, students who have no other place to go and need to live in residence halls, that type of thing.”

Schneider acknowledges that the workload she will be handling as a full-time student, SG president, and representative on the Board of Governors will be hefty, but she is confident that with the help of her vice president, Kayla Dougherty, she will be able to ensure that student government runs smoothly.

“My VP is absolutely phenomenal,” said Schneider about Dougherty. “She is so capable of kinda taking some more responsibility so I absolutely trust her to make sure that everything is going well in student government when I’m devoting more of my time to FSA.”

However, Schneider wants it to be clear that UNF and UNF’s student body will always be her number one priority.

“Everyone’s lives are so complicated right now,” said Schneider. “I just want to make sure that student government, myself, and FSA are really listening to students and hearing them and really advocating for them.”