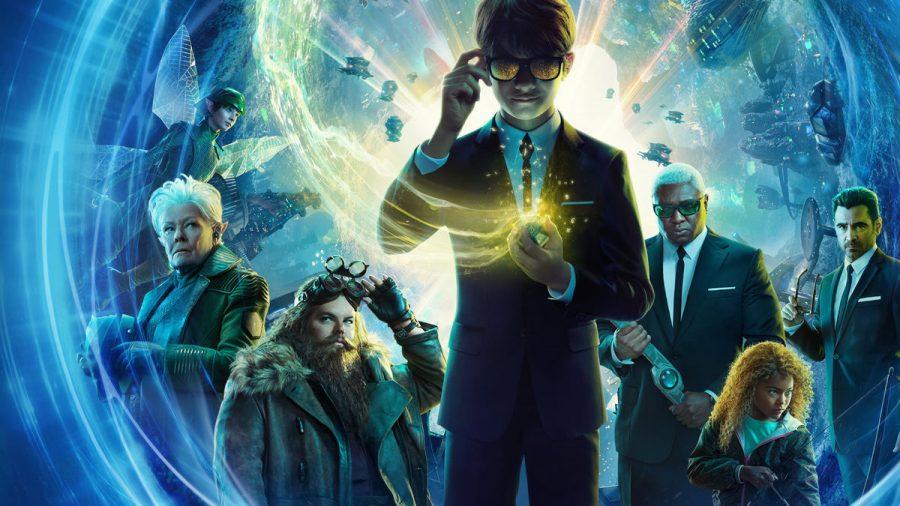 In Disney’s latest live-action adaptation of a highly-regarded book, Artemis Fowl strived in visualizing a fairytale world, but struggled to find its footing with a jumbled plot and a confusing backstory.

Artemis Fowl tells the story of how a boy genius uses his brain and youth to find his captured father. While doing so, he discovers a whole new world unseen by the human eye ever before. Artemis must figure out how to use the power and mysticality of this new world to his advantage, while also making new enemies and discovering what father is actually doing when he is on the job.

While it has been a strange year for movies with Covid-19 shutting down theaters across the world, Artemis Fowl never truly got to see the big screen. With its stunning visuals, and unique sounds, the experience in a theater would have suited this movie well. Dramatic moments would have been more dramatic and maybe I would have shed a single tear during one of the sadder scenes later in the movie.

Artemis Fowl had so many moving parts that it felt like the movie could have been a lot more simple and cause a lot less confusion. First of all, the movie is set as a backstory to the events that took place leading up to Mulch Diggums arrest. He tells the story from his point of view and other backstory in the backstory is left up to viewer interpretation. Second of all, there were too many characters who all wanted their time in the spotlight. The combination of Officer Holly Short, Mulch Diggums, Artemis Fowl jr. and Domovoi Butler made this movie seem like it had an overall power struggle.

The main character of Artemis Fowl jr. did not have a strong performance. He seemed to lack emotion in most scenes and the tone of voice was bland and monotone. His interactions with other characters felt ungenuine and forced. It was like he was reading off a script. The shining light character in the movie had to be Mulch Diggums. His character belonged in an adventure film and he never had a boring moment in the film.

Other than Diggums, the only other character worth mentioning is Officer Holly Short. Short had a confusing backstory and felt like she had something to prove to all the other fairies. She added a layer of depth to the plot that definitely was not needed, but at the same time, she was a crucial part of the plot and saved countless human lives.

While script-writing is extremely important, backstory is too and the film left a lot of things unanswered and questions unsolved. What could have been shown on screen like the previous things Artemis Fowl’s father has done, were not. I would have loved to see Short’s father and Fowl’s father working on retrieving the Aculos, but all that’s left in my mind are blurry visions of past events.

Lastly, one good thing about this movie is how seamlessly it paired live-action and animation together. The filmmakers did a wonderful job at using the technology they were dealt with and forming a realistic-looking whole world on a computer simulation. Films like these make me wonder where we will be with technology in the future, and what’s to come for modern cinema. This film gets my highest regard for filmmaking and editing.

One key reaction I had: I need more characters like Mulch Diggums in movies.

Spinnaker Sail Rating: 2 out of 5 sails