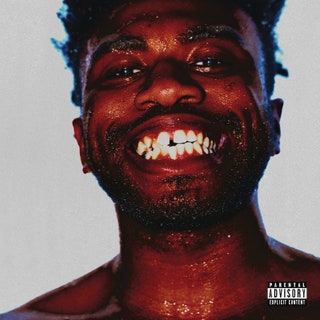 In light of current events, and June being Pride Month, the staff at Spinnaker has decided to use our platform as an opportunity to highlight black and LGBTQ+ artists. This week, our selected review is of the 2019 album “ARIZONA BABY” by Kevin Abstract. Known primarily from his work with rap collective BROCKHAMPTON, “ARIZONA BABY” is Abstract’s third solo studio album. After coming out as gay in 2016, Abstract has never shied away from discussing his sexuality in his music — notable, given that until recently, the rap and hip-hop world has never been particularly inclusive and accepting of LGBTQ+ artists.

Big Wheels: The shortest song on the album, “Big Wheels” is an upbeat, intense track. Within a run-time of 1:36, Abstract raps about various subjects that have plagued him — not finishing college, not being able to financially support his family the way he wants to (even with his fame), and facing accusations of queer-baiting from those in his hometown. Out of all the tracks on the album, “Big Wheels” sounds the most like Abstract’s work with BROCKHAMPTON — chaotic, skittering beats, intense lyrics, forceful raps; all harmonious with eerie sounding synths.

Joyride: Produced by Jack Antonoff of Bleachers, “Joyride” is an upbeat track driven by trumpets, distorted vocals, and clean sounding synths. The lyrics describe Abstract’s regrets and worries he’s experienced throughout his life — from the culture shift that came with declining popularity, missing out on a college experience, and concerns with homophobia in regard to his relationship with his boyfriend. Though it’s upbeat, the lyrics are serious — making the overall feel of the song seem more intense.

Georgia: “Georgia” is one of the slower, more RNB-styled songs off “ARIZONA BABY.” My favorite part of the song is the chorus — Abstract repeats it twice; the first time with heavy auto-tune, the second with him actually singing. The lyrics see Abstract reminiscing about the years he spent writing and producing music during the early days of BROCKHAMPTON, his childhood, and former loves.

Corpus Christi: Out of all the tracks on this album, “Corpus Christi” feels the most personal. The instrumentals are very minimal, nothing more than an acoustic guitar strum, synths, and the implementation of autotune. Abstract, much like the former tracks, tackles on numerous topics in a somewhat scatter-brained way. Perhaps most notable is his reference to Ameer Van, a former BROCKHAMPTON member who was fired from the group after sexual misconduct and abuse allegations — “None of my boys know how to cope with this […] I wonder if Ameer think about me, or what he think about me.”

Baby Boy: “Baby Boy” is one of the more indie-alternative sounding songs on the album. Featuring singer-songwriter Ryan Beatty singing the chorus, Abstract and Beatty dissect their feelings about former relationships. Lyrics such as “At this point you’re pretty much out of my mind, but when I close my eyes I think about you every time […] something is missing now, I need to find the right way to your house” suggest that he feels as if the relationship hasn’t reached its end yet, or that he’s unwilling to accept breaking up as a suitable conclusion.

Mississippi: This song tackles the topic of depression — not only within Abstract, but within his friends as well. It’s a slow-paced song that implements the use of auto-tune, plucked guitar, synths, and skittering drum beats. This is one of the tracks on “ARIZONA BABY” where you can really see Jack Antonoff’s influence.

Use Me: Following numerous indie-sounding tracks, “Use Me” breaks the trend and offers a fresh taste of Abstract’s initial claim to fame — his rapping. Contrary to the title of the track, “Use Me” isn’t as deeply personal as others on the album. Amongst the sounds of slow rolling synths and sound effects, Abstract references experiences he’s had after newfound fame: friends engaging in substance abuse (in which he’d refrain), sexual experiences, and managing familial ties. The track ends on a positive note, with Abstract declaring that everything will be okay.

Peach: The most popular song off of “ARIZONA BABY” features collaborations with numerous other artists: South Florida artist Dominic Fike and vocalists Joba and Bearface from Brockhampton. It’s comparable to “Baby Boy” in sound — plucked guitar, slow drum beats, harmonized, stacked vocals, and smooth synths in the background. The lyrics see Abstract and Fike thinking over past relationships from youth and wondering what the other person thinks about the relationship now. It’s a sweet and tender song, rightfully the most popular track.

American Problem: Another track in which Jack Antonoff’s production shines. It’s very minimal in instrumentals, aside from an upbeat sounding piano, clapping sounds, and drum beats, supported by Abstract vocalizing feelings regarding fame and substance abuse. Following an interlude within the song, verse 3 sees a sudden switch — Abstract begins rapping against a more intense sounding beat while shouting out his main inspiration, Tyler the Creator.

Crumble: The last ballad on the album features Abstract, Fike, Beatty, and Antonoff coming to terms with the pressures and challenges of everyday life. It’s a gentle sounding song — merely consisting of a plucked guitar, harmonized vocals, and a small addition of synth.
Boyer: Similar to the opening track, “Boyer” sounds more like BROCKHAMPTON’s work than the majority of songs on the album. Yet, in contrast to “Crumble,” “Boyer” ends the album on an inspirational note, with Abstract stating “you cannot run forever now, gotta learn your lesson child.” For an album consisting of primarily dark and personal lyrical material, “Boyer” feels like an appropriate send-off for listeners.

With “ARIZONA BABY” being Abstract’s third solo album, it’s clear he’s found his niche. Although he implements his work with BROCKHAMPTON into a few tracks, the overwhelming majority of the album takes inspiration from alt-indie music, with a hip-hop spin. Here, his musical and singing talent shine — he’s more than just a rapper. The lyrics are deeply personal as well. While this is nothing new for Abstract, it’s refreshing to hear his personal stories and anecdotes in a different format than his norm. 4/5 Spinnaker Sails.