What will it take to host the R.N.C.? 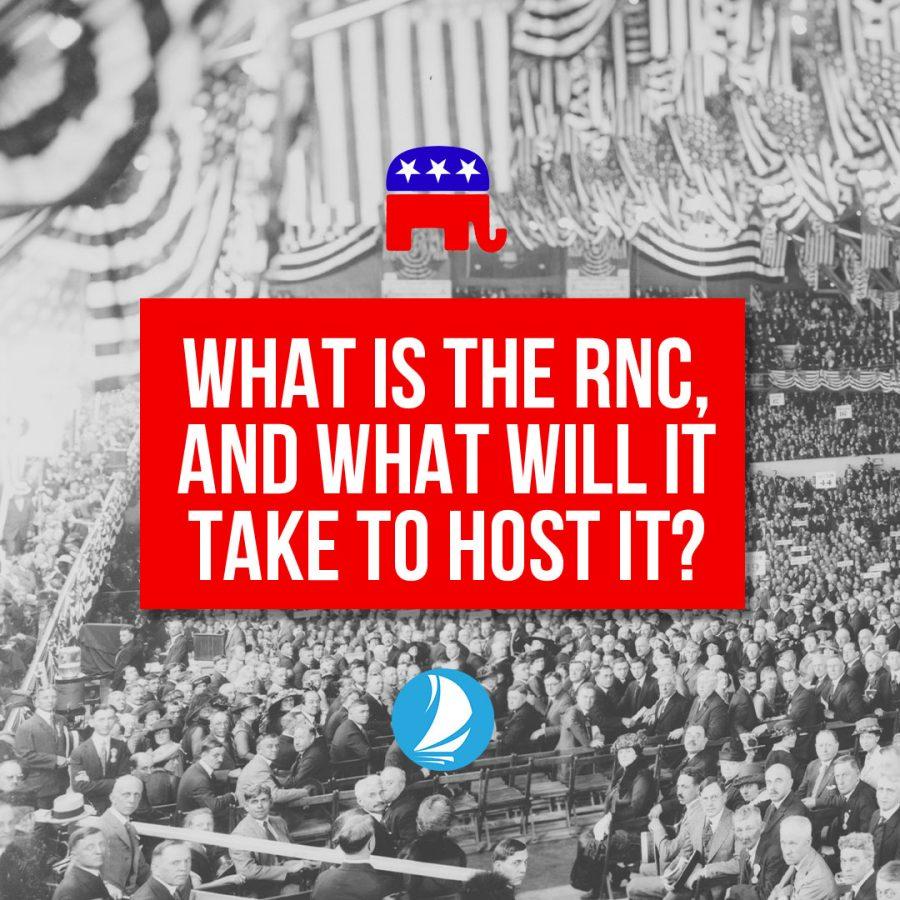 The Republican National Convention (R.N.C) is expected to be held here in Jacksonville this fall from August, 24 through August, 27. How much will it cost Jacksonville, and what will it take to host it?

An event that usually takes years to plan, will have to be done with much less time. The next few months will be critical in preparing for the R.N.C. as Jacksonville will have to ensure hotel accommodations and more. For the last R.N.C., the Cleveland Host Committee requested that 17, 000 rooms be guaranteed. Around 48,000 people traveled to Cleveland for the convention.

Mayor Lenny Curry told CNBC that the city has “over 10,000 hotel rooms.” The mayor also said that it’s expected for the convention “to bring an economic impact of more than $100 million to our city.”

“Past convention organizers are skeptical that the GOP will be able to pull off an event of such scale on short notice,” says CNBC. […] “Conventions like this can cost up to $100 million, according to multiple past organizers. The Department of Homeland Security fronts about half for security to protect high-profile politicians and provide technology enhancements. The rest of the money comes from private donations.”

R.N.C. officials will also have to take serious measures for COVID-19, especially since Florida has over 100,000 cases statewide, according to the CDC. Florida, according to the New York Times, also has the sixth most cases in the U.S.

“Despite the surge in cases in his state, DeSantis has, thus far, been disinclined to roll back the measures he instituted such as opening gyms and bars, even as a new breakout threatens to overwhelm the state’s health-care system. He also stubbornly refuses to make masks mandatory. […] Even still, there is zero indication that President Trump, the Republican National Committee or DeSantis is reconsidering the idea of an indoor convention with non-masked attendees in Jacksonville in August,” wrote The Washington Post.

“It’s irresponsible, It will increase the number of covid infections and put the locals at risk,” said Jacksonville City Councilman Garrett L. Dennis to The Washington Post.

The C.E.O. of UF Health Jacksonville is leaving the host committee but intends to provide health and safety protocol guidance for the event.

Spinnaker reached out to UNF political science professor, Michael Binder, and asked a few questions concerning the status of the RNC:

Spinnaker: How much has it cost cities in the past to host the RNC?

“Potentially up to $100 million, but as for an entire convention, Jax is only getting portions. That is also typically handled by fundraising efforts,” said Dr. Binder.

How much would it cost Jacksonville to host the RNC?

“Theoretically, the R.N.C. fundraising will cover the costs –however, that assumes a prompt payment after the event. Other cities have been left with large bills from various Trump events, so it’s unclear.”

How many people are expected to attend the RNC?

Will the RNC be following CDC guidelines due to COVID-19?

“I have no idea, but if you are going to have 15k people inside of VyStar, there is no way possible to keep CDC social distancing recommendations. Additionally, Trump’s aversion to masks, and using the latest Tulsa rally as an example, there will likely be very few – if any – masks worn,” concluded Dr. Binder.

Between delegates, politicians, media personnel, police officers, security, attendees, and organizers, thousands of people are expected to show up to the R.N.C. Although, 58% of Jacksonville voters are not in favor of hosting the R.N.C.

With many Jacksonville natives not in favor of the convention and as the President’s speech is being held on the 60th anniversary of Axe Handle Saturday, many protests may be expected as well.