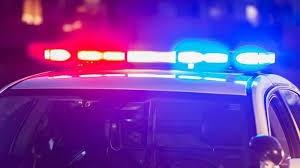 JACKSONVILLE, Fla. – A local community advocacy organization named the Northside Coalition is calling for Mayor Lenny Curry to defund the Jacksonville Sheriff’s Office. As protesters across the country call for defunding of police departments, Sheriff Mike Williams laid out a proposal for 40 new officers due to a shortage of correctional officers and a $6.1 million increase in the budget. Williams is asking for a total of $481 million to fund the office.

Williams said the increase in funding is necessary because of protestors. $5.5 million would go toward patrol costs. According to Williams, the biggest concern is the vacancies in the jails. Williams wants an increase of more than $1 million for corrections. The sheriff said he is ready to hire 25 more correctional officers, but given recent protests, hiring the rest is proving to be difficult.

“The current climate isn’t helping that I have a concern about moving forward as to what that is going to do with recruiting across-the-board for us but we’re working hard to try to push back those negative narratives,” Sheriff Williams said.

Ben Frazier of the Northside Coalition said the current JSO budget is “massively overweight and ineffective.”

According to the City of Jacksonville’s annual budget, the Office Of The Sheriff is the largest share of the city’s budget. Other community groups raised red flags over the request of the budget. The Jacksonville Community Action Committee said JSO should not receive an increase and should have its budget slashed because the department failed to prevent unrest in the city. The death of George Floyd while in police custody sparked protests through downtown Jacksonville. JSO engaged in violent clashes with protesters, launched flash bangs, tear gas, and arrested dozens of protesters.

JCAC sent out a statement that reads:

“The Jacksonville Sheriff’s Office is under intense scrutiny from the community due to the high amount of police killings of civilians this year and the brutal repression of peaceful protesters in Jacksonville following the George Floyd killing as well as a general lack of accountability and transparency.”

Due to the coronavirus spreading nationwide and impacting the economy, many businesses, neighborhoods, and schools are in need of funding. Many people criticize the City of Jacksonville for the amount of money spended on law enforcement when low-funded communities need it most.

“We need to use some of that money for new schools, for good-paying jobs, we need someone to pay the Northside residents for all the broken promises of consolidation and all the infrastructure that consolidation promised them more than 50 years ago,” Frazier said.

Frazier said the money should be reinvested to fund community service and resources. “A 25% reduction would produce a $90 million reinvestment amount that would be used to fund non-policing forms of public safety and community support.”

These forms of non-policing of public safety Frazier describes as social and youth-services, housing, education and other community services.