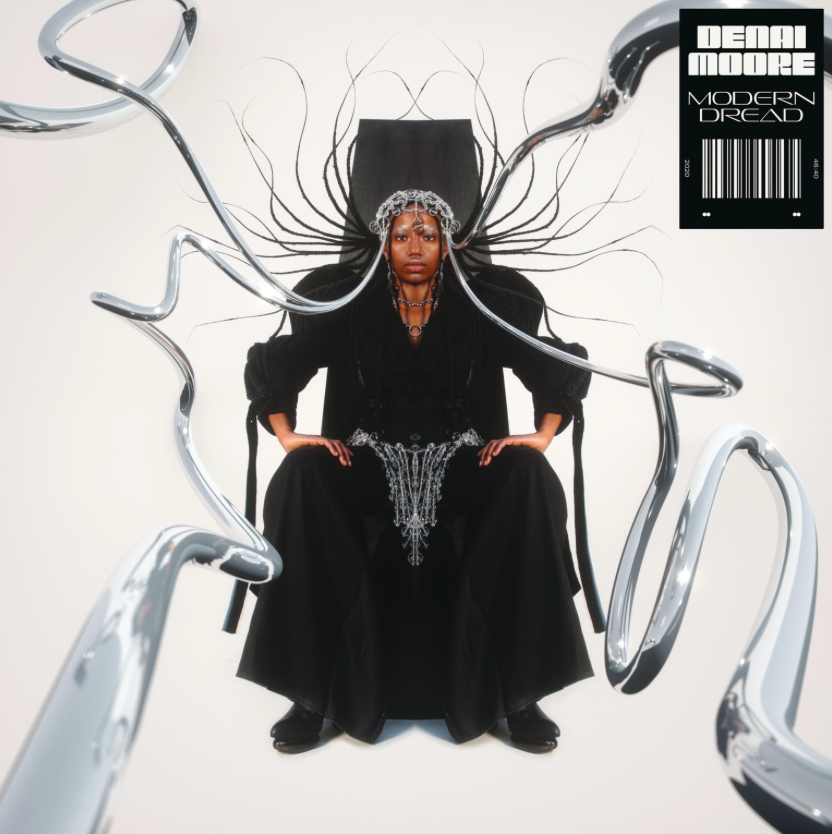 Denai Moore’s third full length album, Modern Dread, was released Friday, July 3, 2020. The British-Jamaican singer has been making music since 2013 that’s quintessentially indie -in the sense that it does not seem to conform to a particular genre. Her inspirations range from Lauryn Hill to Bon Iver, and this intricate twist of sounds can be heard in her music. This album explores themes of introspection, breakups, and how one fits in with the rest of the world as the future seems to be “dreadful.” If you were a fan of the Moses Sumney album Spinnaker reviewed a couple weeks ago, you’ll enjoy Denai Moore. 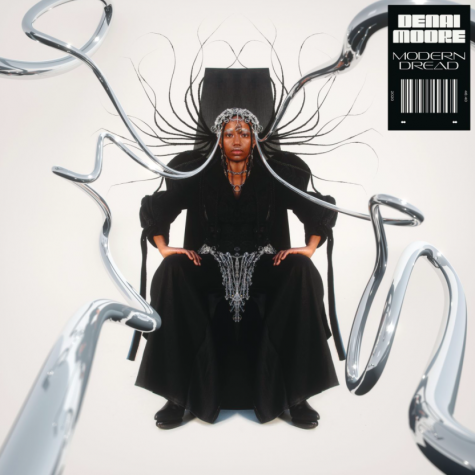 Too Close: The opening track on the album is electronic and upbeat. Moore sings about the difficulty of letting some people go. It seems to be a song of finding independence, as well as trying to healthily move on. A verse that stood out to me was, “forgave you, to forgive myself / cause what you ignore always seems to dwell.” According to a YouTube video on Moore’s channel, this is one of her favorite songs on the album.
Don’t Close The Door: The second song picks up pace, but continues the electronic energy. The opening instrumentals remind me of a pinball machine with the little electronic sounds pinging back and forth. The lyrics seem like they’re talking about a breakup, or someone leaving Moore’s life. She sings in an earnest tone, wanting to know if leaving will help the person heal. The line, “did it just mean something more to me?” is repeated throughout the song.
Fake Sorry: When I was listening to this album for the first time all the way through, this song immediately piqued my interest. Her voice subtly reminds me of Corinne Bailey Rae in this song (Girl Put Your Records On). The lyrics to “Fake Sorry” are so empowering for people going through an unhealthy breakup, or dealing with someone that is constantly trying to guilt them. I love the second verse, “wait now you are saying you just want some closure / this party’s tired / boy it’s over / cause I no longer fear you / I’m not insecure no more.”
Grapefruit on The Porch: This song slows the pace of the album a little bit, bringing it to a more melancholic and slow mood. The harmonies are beautiful, soft, and sweet. The instruments are industrial, but also accompanied by trumpets. Moore sings of old memories, and how eating a certain food – in this case, grapefruit- can take one back to a certain time in their life.
Cascades: There’s a quick transition from the previous song to “Cascades.” This song was released as a single on March 13, 2020, months before the full album. The beat is a little more sassy and a lot less sad in the beginning of the song. I think the “cascades” that Moore sings of are feelings for a previous lover. The overwhelming feelings pour into her life and “get in the way.”
Hail: The most soulful song on the album yet, “Hail,” has a velvety sound mixed with chime-like synths. In an interview with Gaytimes, Moore says, “it’s about self-destruction, which is something that I personally struggle with.” This makes sense after hearing lyrics like, “said it head is on fire / but I held the lighter and the fluid.” I understand what it’s like to be my own worst critic, and this song sort of puts that feeling into a poetic form.
To The Brink: This was the first single released off the album back in October of 2019. She explains the meaning to the lyrics in this video. She says, “I wrote ‘To The Brink’ because I was feeling the weight of the world,” a feeling that so many people understand with the rapid influx of information we have available through technology. She wanted the song to be “bold and abrasive” through the synths, drums, and her own vocals.
Motherless Child: Her vocals are absolutely stunning in this song, and it’s the type of tune that will be pleasantly stuck in your head for the rest of the day. I would recommend watching her video on the meaning behind the song. This song definitely incorporates more of that futuristic feel throughout the instrumentals.
Turn Off The Radio: This song gives me big Hayley Williams “Petals For Armor” vibes. Though the song is talking about the feeling of being overwhelmed, and just needing a moment to think, there are verses that I find satisfying because of the simplistic relatability. I like the second verse, “I’m in a bookstore crushing time / Could you help keep me distracted / Got another coffee in my mind.”
Honour: The tenth track has subtle house music vibes with the low pulsating beat in the background. Moore sings of just wanting to honor a lover and to know them better.
Slate: This song really lets Moore’s vocals shine through with minimal instruments and filters. The percussion is upbeat and resembles clapping. It’s a pick-me-up kind of self-love anthem. All of the lyrics are really encouraging, revolving around the theme of a “clean slate,” reminding listeners to constantly forgive themselves and learn from their mistakes. Part of the pre-chorus stood out to me, “it’s not how you lose / it’s how you repave.”
Offer Me: I think this song is what balances out the other songs on the album that talk about independence because this one focuses on the fact that as humans, we need a couple of people in our lives that will offer us support in our times of need. The song shows that it’s comforting to have someone that will build you up. I feel like the lyrics accurately portray the feeling of anxiety, but the hopeful instrumentals balance the sadder lyrics.
Wishin’ You Better: I feel like there’s no better way to describe the closing track than undoubtedly human. It is blatantly honest about struggling to keep in touch with people in the midst of dealing with one’s own issues. Moore sings, “Though we fell out / I’m wishing you better still.”

I have NPR’s “New Music Friday” to thank for introducing me to Denai Moore. After listening to this album all the way through multiple times, I can say without a doubt that I thoroughly enjoy Moore’s work. There’s something soothing about her voice amidst the varying instrumentals. She can make any song work, from soul to folk and electronic to indie R&B. She brings a unique sound to the table, and although she has been making music for quite some time, people should still keep an eye out for her rise. The sound was experimental and the lyrics relatable and held a certain gravity to them. I would give this album 4/5 Spinnaker Sails.