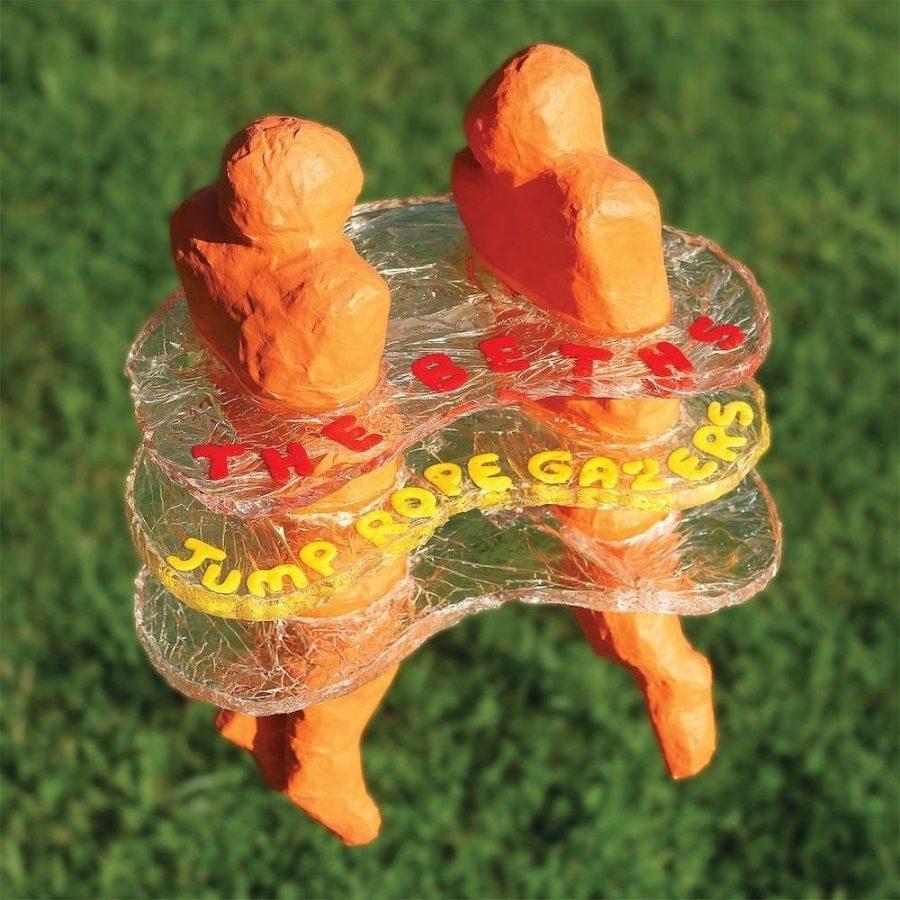 Introduction: Jump Rope Gazers is the second full length album by New Zealand indie-rock band, The Beths. It was released on Friday, July 10, 2020. The band consists of lead singer and guitarist, Elizabeth Stokes, Tristan Deck on the drums, Jonathan Pearce as a second guitarist, and bassist Benjamin Sinclair. This album will have you feeling like you’re in a turn-of-the-millennium teen or young adult movie (think 10 Things I Hate About You or even Hillary Duff’s A Cinderella Story). The album’s themes touch on love, communication, and the uncertainty of the current state of the world. 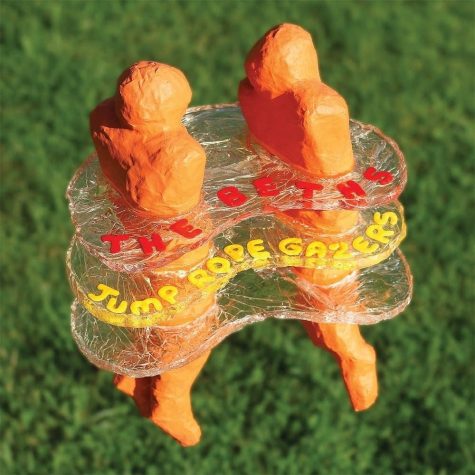 I’m Not Getting Excited – The first track opens with an intense rock tune. Elizabeth Stokes’ voice dreamily floats over the shredding of guitars. In an interview with Dork, Stokes talks about how this song was written because she feels as if she should not get excited in case things are too good to be true, and -how she wrote it- “well before everything really did get taken away. From everyone.” It’s funny how songs have a whole new relevance with the changing global atmosphere, especially during the pandemic.
Dying to Believe – This song seems to put you directly into the thoughts of someone who is struggling to win an argument, or rather someone dealing with an argumentative person. As a person with a generally peace-keeping attitude, I can understand the word choice and metaphors for every verse and chorus in this song. I feel that the instruments and vocals in this song do a good job of replicating the emotional rush or discomfort of dealing with those particularly hard-headed people. The part of the chorus that stood out to me was, “you know it isn’t worth the fight / and you’re losing every match you set alight / it burns me / but I’ll smile through the heat.”
Jump Rope Gazers – The title track for this album is about falling in love. In an interview with DIY, Stokes says, “I’ve always dabbled in extreme sincerity, but always self consciously.” This song reminded me of the sound of a Jacksonville band, Faze Wave. It has that slower fuzzy-rock feel.
Acrid – Though the band’s songs have a very ‘90s and early ‘00s sound, the lyrics to this one relate touch on current problems of the “talking” phase – “Tragic, the messages I send, my mind post-midnight / Are showing seen but no reply / So I mash the keys a million times for a million years and / Maybe by chance, I’ll say it right.” Stokes says, “Those early stages are delicate, and there’s a lot of meticulous nonchalance involved,” which can be heard throughout the lyrics of the song.
Do You Want Me Now – The pace of this song slows down compared to the previously played on the album. All the instruments are toned down quite a bit, and there are harmonies from the other members as far as vocals go. This song talks about the struggles of deciding whether or not it’s best to stay in a relationship.
Out of Sight – Some fans on Genius describe this song as “shoegazey.” There’s a noteworthy guitar instrumental in the bridge. Stokes sings of her unwavering loyalty throughout the song, even when her partner treats her as if she is, “out of heart when out of sight.”
Don’t Go Away – This punk-rock song fits perfectly in the life of a teen or young adult, as they may find all their friends are moving or, like the title states, “going away.” Stokes had a funny remark for the meaning behind this song, “This song is a tantrum in which I demand that all my friends stop moving away because I miss them too much.” I mean, music is a great way to express feelings, and sometimes you really just need to stress how much you love your friends!
Mars, the God of War – The frustration throughout the album picks up in this song. It has the same rush and sound of “Don’t Go Away,” but Stokes talks about how lyrically, it’s a continuation of “Dying to Believe.” She’s finally mustered up the courage to confront the person that was bothering her, and wishes“that I could wish you well / instead I’m hitting my head and hitting backspace on / can’t you just go to hell?”
You Are a Beam of Light – This track is softer and acoustic, a change in pace from the rock throughout the rest of the album. I think the chorus is very relevant to today’s day and age, “Cause we live in darker times / Open my eyes so I can see brighter, oh / You are a beam of light / Maybe that’s why your battery runs dry.” It’s a comforting aid to send to friends during times of struggle.
Just Shy of Sure – I think the last track closes the album nicely, not too soft, but not at the high energy that was found earlier in the album. The song talks about being a little unsure of yourself, and unsure of what the future holds. Rather than being particularly optimistic or pessimistic, the song remains neutral.

Summary: This album seemed like standard alternative/indie rock to me. There wasn’t much that was experimental, but the tracks were still catchy and enjoyable. As stated before, it brought back a nostalgic sound that you would find in ‘90s and ‘00s rock. Stokes’ accent was particularly charming throughout the songs. I would give this a 3/5 Spinnaker Sails.

Standout Tracks: “I’m Not Getting Excited,” “Jump Rope Gazers,” and “Out of Sight.”