State of the World: Climate change and CO2 emissions; Apple plans to become carbon-neutral by 2030? 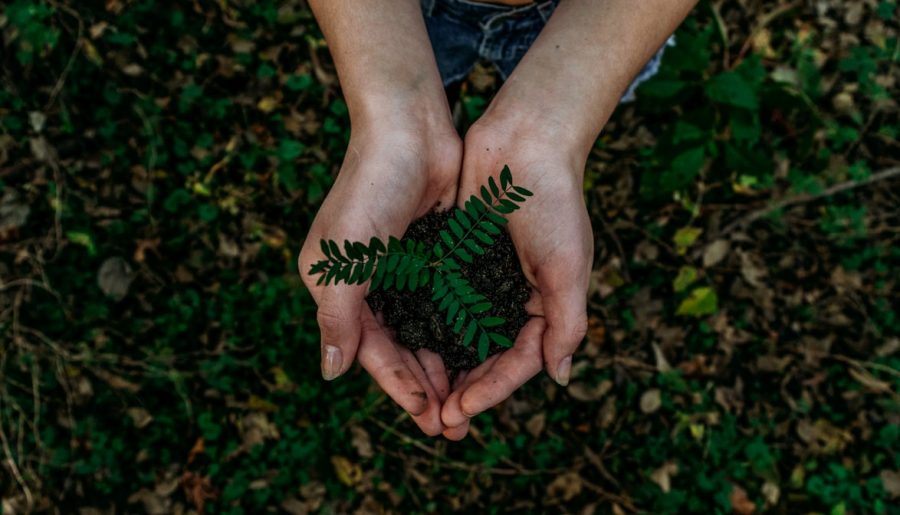 With everything going on this year so far, climate change hasn’t really been on the forefront of news, so how is the earth doing?

The IPCC (Intergovernmental  Panel on Climate Change), a group of expert scientists under the United Nations, reported that there is more than a 95% chance that human actions over the past 50 years will warm the earth. The IPCC also expects a 2.5-10 degrees Fahrenheit within the next century. This increase is due to human activities that cause greenhouse gases.

Humans play an important role in climate change, but surely our hot Sun would play a part in our earth’s increase in temperature? Scientists say otherwise:

This graph shows the global surface temperature changes (red) and the Sun’s energy (yellow) towards earth in watts. Solar energy from the sun has had no net increase since the 1950s, although, global temperatures have risen during that same time period. Therefore, it’s unlikely that the sun has caused global warming over the past 50 years.

One of the many causes of climate change is human-induced warming and industrialization. Industrial activities have raised atmospheric carbon dioxide levels from 280 parts per million to 412 parts per million within the last 150 years, according to NASA.

The coronavirus slowed down many industries in the past few months, so production is currently low, but is slowly increasing. U.S. industrial production rose 5.4% in June, but still remains 10.9% below pre-pandemic levels in February.

Carbon-neutral describes the state of a company where their carbon emissions have balanced out by funding an equivalent amount of carbon savings elsewhere. Companies sometimes fund renewable energy and energy efficiency projects to claim the carbon-neutral title – This sort of “cancels out” companies’ carbon emissions.

Carbon emissions have increasingly affected the atmosphere in just a few years:

Click this link to see a visualization of how carbon emissions have changed over the years.

Due to the pandemic, emissions have decreased worldwide.

“Shutdown has led to this pretty significant decline in sources of pollution,” said UNF Biology Professor, James Gelsleichter, in a previous Spinnaker article.

“He also explained how the largest and most conclusive effect of the shutdown on human pollution is air pollution. Jacksonville doesn’t have the best air quality around. That’s due to nitrogen oxides, primarily produced by energy plants and cars, which can build up, […] creating photochemical smog. Satellite imaging has shown that Jacksonville has an Ozone problem, but that, due to this lockdown, it has actually decreased due to less car emissions.”

Daily CO2 emissions decreased by 17% globally, by April this year, compared to the average of 2019 level. Emissions in individual countries decreased at an average of 26%. In China, where the coronavirus breakout is believed to have originated, Co2 emissions fell by 25%.

Global warming has been on scientists’ radar for decades and millions have taken action towards decreasing their carbon footprint. Recycling, composting, using less plastic, and using reusable items are only a few of the many ways you can help make the earth healthier.

“Taken as a whole, the range of published evidence indicates that the net damage costs of climate change are likely to be significant and to increase over time.” – IPCC