Florida remains in path of tropical storm as track shifts 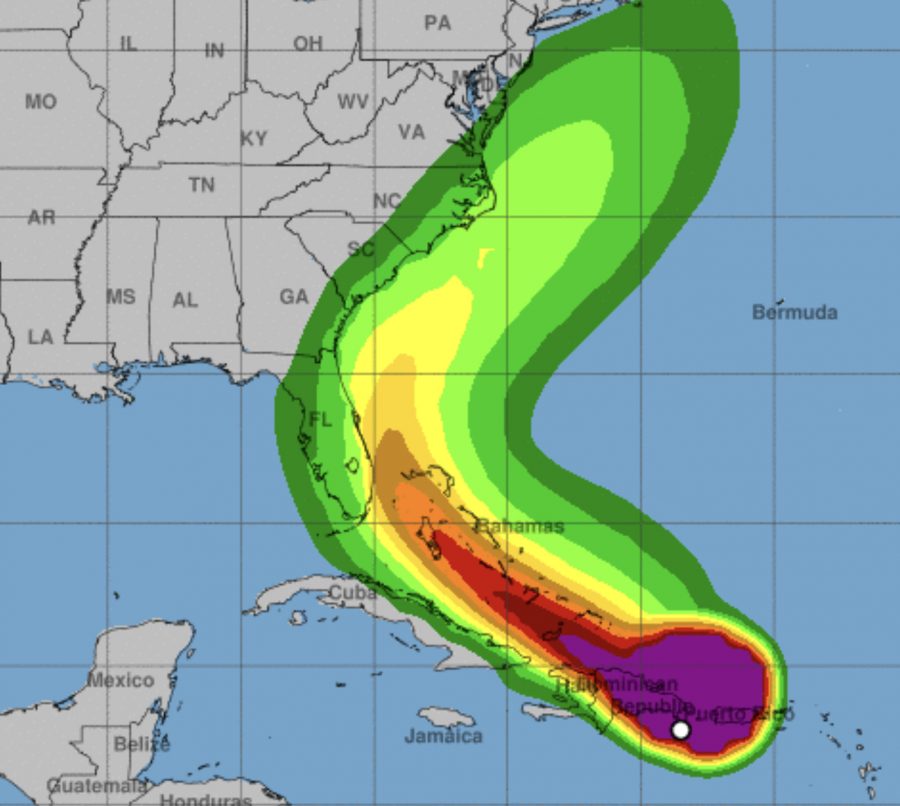 Florida remains in the projected path of Tropical Storm Isaias, the ninth named storm of 2020, after an overnight shift sends the path in the East direction.

Currently, the tropical storm is bringing a torrential downpour to parts of the Caribbean, including Puerto Rico. As it stands now, as early as Saturday, the storm will hit southeast Florida. However, due to the uncertainty of tropical storms, the track that Isaias will actually take is unknown.

As of the National Hurricane Center’s 8 AM update, sustained winds are at almost 60 mph with high gusts. A change of the wind’s strength is unlikely until the storm makes landfall in the Dominican Republic later today.

According to the NHC, the rainfall that Isaias will produce will lead to life-threatening mudslides, flash flooding, and potential riverine flooding, which will begin today. This is expected  for the Virgin Islands, eastern Puerto Rico, and Hispaniola. 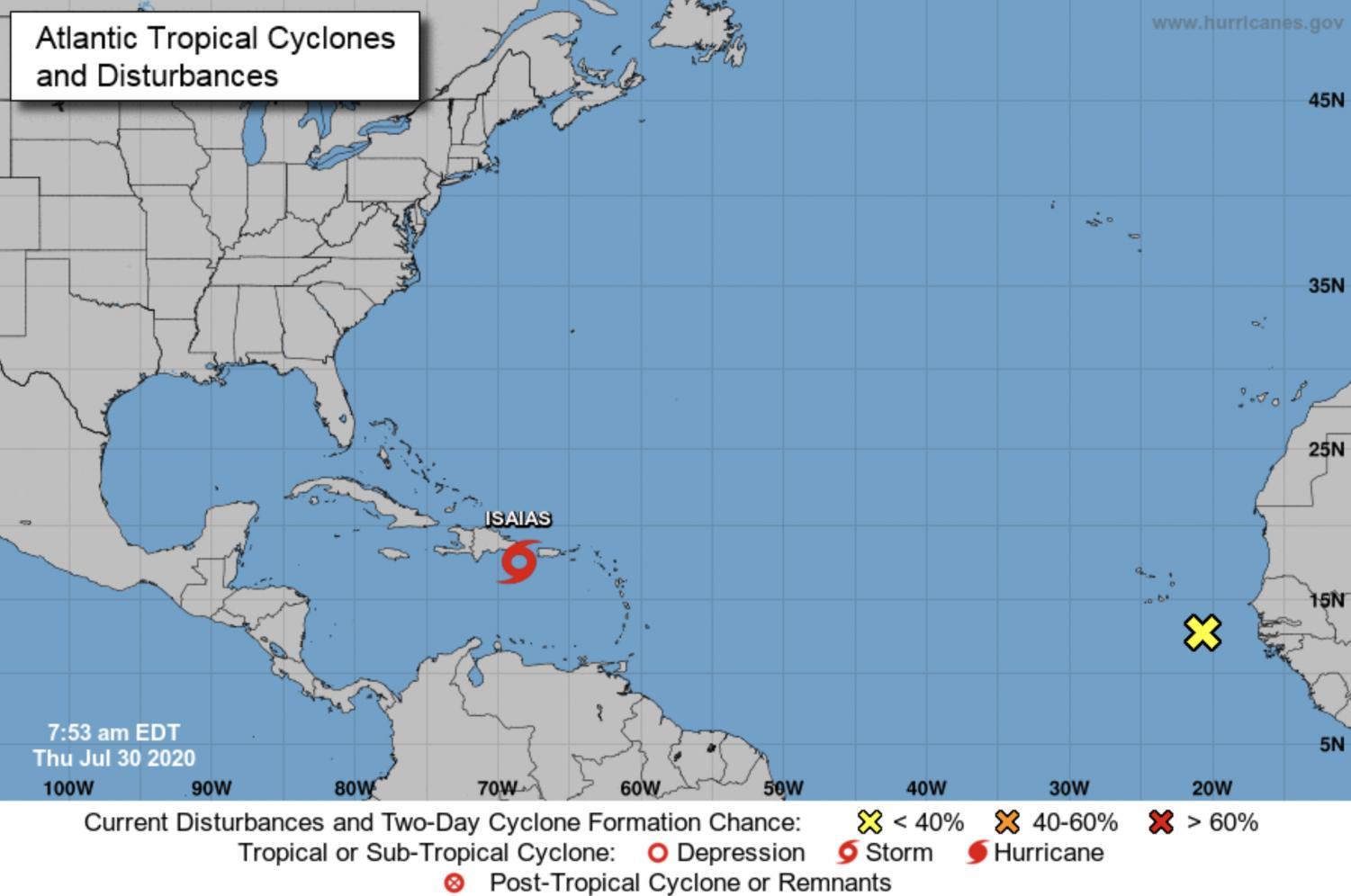 The Center also encourages citizens of Florida and Cuba to monitor the progress of the storm.