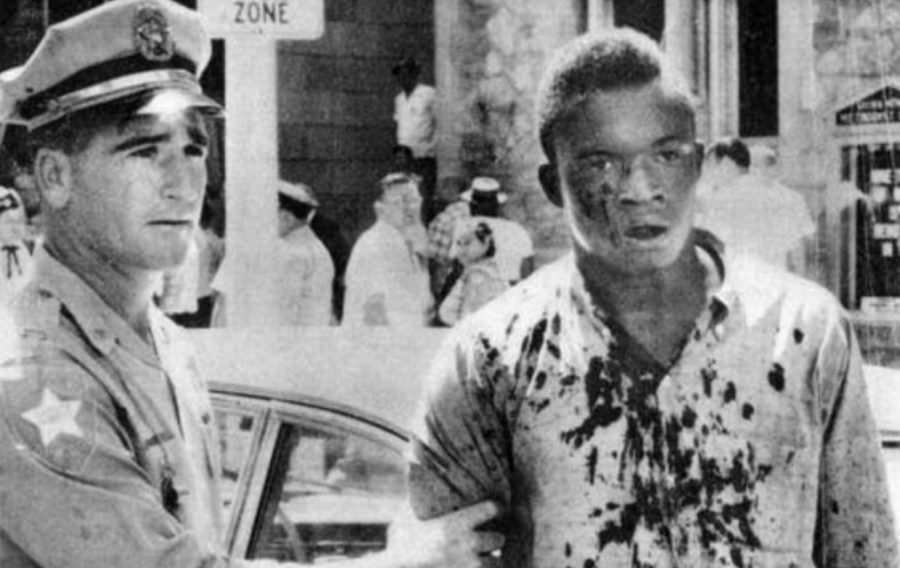 August 27 is the day that became known as Ax Handle Saturday in Jacksonville. A number of socially distanced demonstrators are expected to come out in commemoration of the event.

60 years ago today, at Hemming Park in Jacksonville, a peaceful civil rights demonstration with around 3,000 demonstrators marched through downtown Jacksonville. They were met with violent opposition from white men, who were passing out ax handles in Hemming Park to beat black demonstrators. This ignited a bloody scene of violence.

In the recent resurgence of the Black Lives Matter movement, protests have erupted throughout the country in an effort to bring awareness to social injustices experienced by people of color in the United States.

Rodney Hurst, one of the most well-known and respected activists of the Civil Rights movement was 16 at the time. Spinnaker interviewed Hurst in a previous article, here, about the the event.

Democratic presidential candidate Joe Biden released a statement this morning about the event 60 years ago. “This tragic event, now known as Ax Handle Saturday, leaves a lasting mark on Jacksonville, as both a testament to the progress that has been made and a reminder that we must always stand up for what’s right,” Biden said.

There was an event at James Weldon Johnson Park, formerly known as Hemming Park, at noon that was streamed live on Facebook and Youtube. There is another event at the Hope and History Mural at the corner of Jessie St. and A. Phillip Randolph Boulevard from 5 p.m. to 8 p.m.

A mural in Jacksonville wraps around the Eastside Brotherhood building at 915 A Philip Randolph Blvd to remind us of the injustices that occurred at Hemming Park in 1960, and to encourage us to continue to push towards progress and positive change.