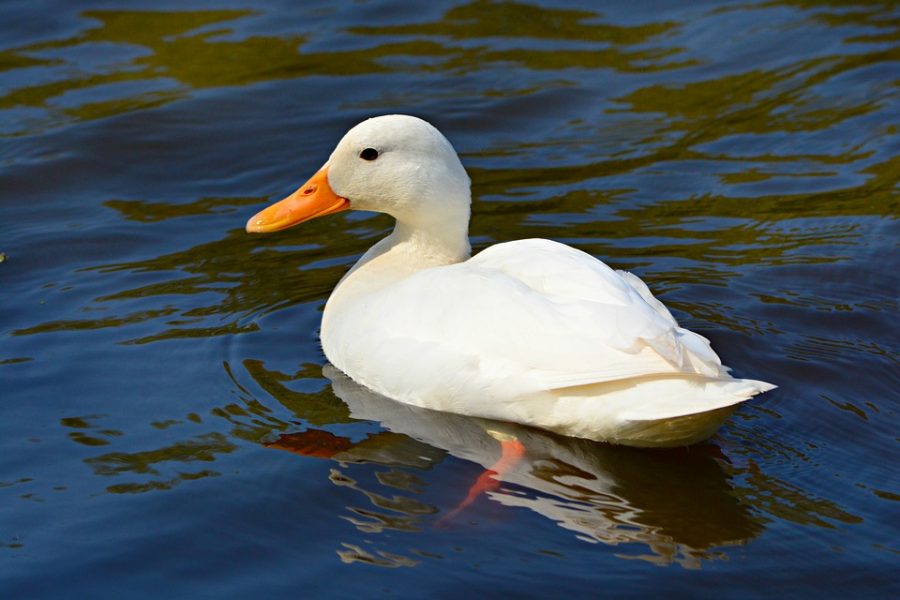 A white duck that looks like Howard the Duck.

In recent weeks, UNF’s only white duck has gone missing, and many of Howard’s fans are worried. While some white feathers have been found around Candy Cane Lake that may match Howard’s, no other sign of him has been spotted in weeks.

The contradictions in the University’s statements led Spinnaker to reach out to The Department of Environmental Health and Safety, who said that Howard was spotted, alive, the week before fall Semester began.

In a desperate attempt to find UNF’s pride and joy, Spinnaker safely searched the UNF nature trails for Howard, to no avail. During the two-person search party, Spinnaker scoured through the Red Maple Boardwalk, the Goldenrod Trail, Big Cypress Loop, Blueberry Trail and the Gopher Tortoise Ridge. Several animals like an owl, a blue tailed skink, an armadillo and a bug that looked like wood were encountered, but there was no sign of our white duck.