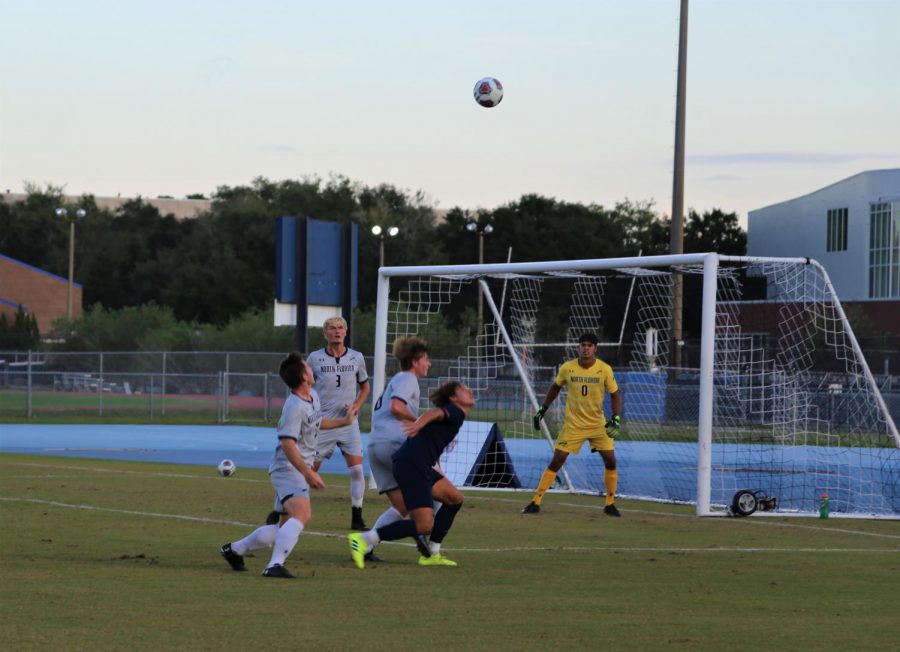 Usually by this time of the year, fans would flock to Harmon Stadium in hopes of seeing their favorite Osprey soccer team defeat rivals, some being travelers from far away and some from just down the road. As questions still remain regarding the start of a soccer season, the mentality of coaches and players haven’t changed as the teams are still looking to improve each and every day.

From team scrimmages to the weight room, both the men’s and women’s soccer teams at UNF are utilizing the extra time this fall to continue to develop and train their players.

“Our guys want to train,” said Coach Derek Marinatos of the men’s team. “I think we were the first team to start training”

As head coach of the Osprey men’s squad going into his tenth year with the team, Marinatos knows the importance of a good offseason and making sure his players are ready for the challenges that will be faced when the season arrives. They have a lot to build on after last season’s success of winning an ASUN tournament game for the first time since 2019.

One of the many challenges in past years is introducing new players onto the team and easing them into the workload of a D1 program. This year, however, new technology has allowed for easier communication and new opportunities.

“We really took advantage of the summer rules of using team zooms,” Marinatos explained, “indoctrinating the guys into our culture and our system so that we weren’t shocking them in the preseason”

Marinatos also explained that even though there are no teams to compete against this fall, the level of intensity and competition is still present throughout contact and non-contact practices and team scrimmages.

While Coach Marinatos is leading the men’s team, Coach Eric Faulconer of the women’s team is reaching for many of the same goals. After an impressive first year of leading the women’s squad, he knows that there is a unique opportunity that lies within.

“Our goals are still the same for the spring season as they would be for the fall,” Faulconer mentioned. “We have a really good team and this is just an opportunity for us to get better.

The women’s team boasted an 11-6-2 record last season that is tied for the best record in UNF’s division 1 era and was second in the ASUN in goals scored with 33.

While stats and numbers were impressive, the team is looking to improve with many of the same members from last year’s squad.

“We returned a majority of the starters from last fall,” Faulconer explained. “Because we have that experience, our freshmen have really been seeing how we do things because we have experienced players that are leading the way.”

As both coaches will continue to lead their squads in this unexpected offseason, it is clear that a winning mentality and being ready for game one is what it will take to bring home an ASUN championship this season.