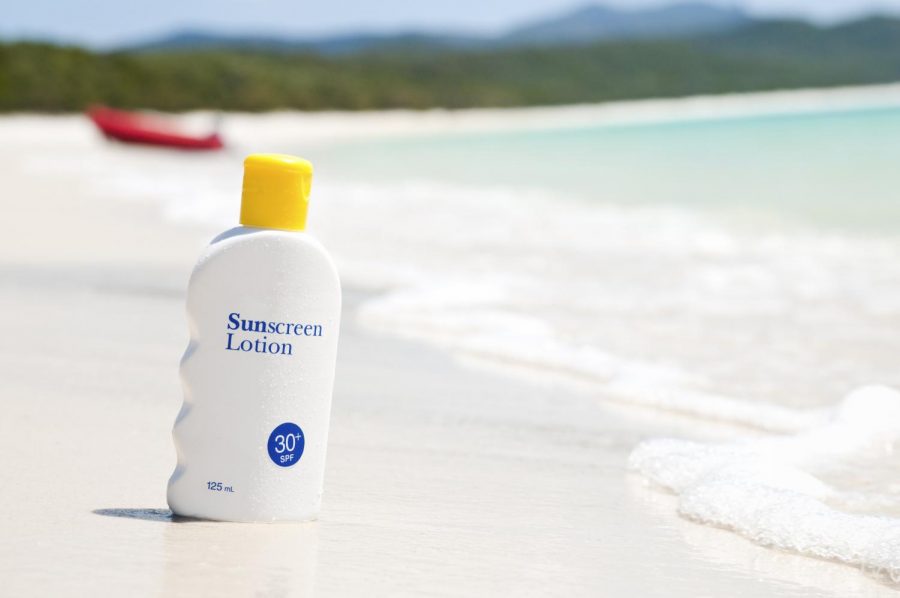 Most people are instilled with the idea that if you’re going to be in the sun, you need to be wearing sunscreen. Experience and research proves to us that sunscreen prevents painful burns, skin damage, and cancer. However, there is misinformation about the product too.

Associate Professor in Public Health at UNF, Julie Merten, has a specialty in research involving behavioral cancer prevention, specifically in the areas of skin cancer, which is the most common cancer in the U.S. She gave some insight into the important factors of wearing sunscreen and shed light on its truths.

According to Merten, scientific studies have found that proper and regular use of sunscreen reduces non-melanoma skin cancer risk by 40% and melanoma risk by 50%.

Advertisement agencies market sunscreen using the ageism narrative more than the cancer prevention narrative. They try to frighten people about the natural process of aging. Merten commented, “Researchers tested many different messages with young people about the risk of skin cancer. One of the few messages that actually resonated were appearance-driven messages that showed young people how bad they might look with lots of sun exposure – wrinkles, spots, sagging skin. It worked!”

On college student’s attitudes toward sunscreen, Merten said, “I don’t think most college students are necessarily misinformed, but rather don’t see skin cancer as a pressing risk and would rather live in the moment and enjoy a beautiful Florida day outside. Then they have a ‘glowing tan,’ which many people report feeling more attractive with a tan. Thankfully, that ‘tanned skin is better’ narrative is slowly changing with society’s embrace of all shapes, sizes, and colors.”

Merten covered some misconceptions that suggest sunscreen is bad for you and actually causes cancer. The idea sunscreen causes cancer comes from fear of chemical sunscreen ingredients being absorbed into the body. An alternative to that would be mineral-based physical sunscreens that contain zinc oxide and titanium dioxide, which cannot be absorbed. However, there is no scientific evidence linking sunscreen and skin cancer.

She went further to explain the difference between physical and chemical sunscreen and that they work in different ways. The chemical sunscreens absorb UV radiation from the sun, while physical barriers block radiation. Two chemicals that are getting the most attention for possible coral reef destruction and endocrine disruption are oxybenzone and octinoxate. Much of the science linking these chemicals is recently emerging and needs further verifiable research to back it up.

“There’s a decent amount of research showing that sunscreen works when used properly. The ‘properly’ part is what we as humans tend to struggle with,” Merten said in response to claims that sunscreen doesn’t prevent the three main types of skin cancer.

“Darker skin has more pigment, which gives more ‘built-in’ protection from UV rays. However, it is just more difficult to see damage on darker skin. There’s still a risk for skin cancer to develop,” Merten said.

When looking for an “ideal” skin protectant, Julie Merten advises a minimum of SPF 15, preferably 30, if you are outdoors a lot, with broad spectrum protection. The term “broad spectrum” is used to describe sunscreen that protects against UVA and UVB rays. It’s suggested to apply sunblock 30 minutes prior to going outside and reapplying every two hours.

“When it comes to brand, type, and formulation, the decision is based on personal preference. We’ve found that people who feel hotter when they use sunscreen, or have allergies to sunscreen, tend to do better with mineral-based sunscreens like zinc oxide. Other people have found they prefer some of the lightweight SPF clothing,” according to Merten.