Jaguars vs. Dolphins preview: The duel in Duval of two magicians 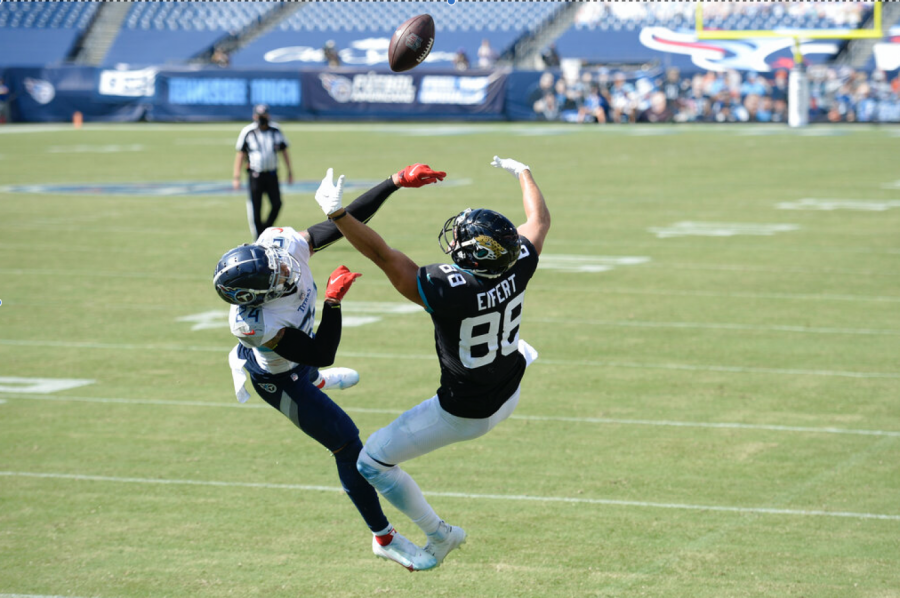 Two magicians will be looking to battle it out on the football field as Ryan Fitzpatrick and the Miami Dolphins travel north to Jacksonville to take on the Jaguars and Gardner Minshew tonight at 8:20 p.m..

The Jaguars come into tonight’s game with a record of 1-1 which has included a week one victory over the Indianapolis Colts and a week two loss against the Tennessee Titans. The “Minshew Magic” provided by quarterback Gardner Minshew has given the offense a fresh look as they’ve surprised fans early with flashy plays and success.

The Dolphins on the other hand have started the season 0-2 behind a lack of “FitzMagic” from their veteran quarterback Ryan Fitzpatrick. With a loss to Cam Newton and the Patriots week one and a loss to Josh Allen and the Bills week two, the Dolphins look to tonight’s game to ignite an untapped fire within the organization. Fitzpatrick has not had too much success early, as he has only thrown for two touchdown passes this season while throwing three interceptions.

While youth is a major factor of why the Jaguars are off to a hopeful start to the season, the Dolphins however may be in the midst of an identity crisis themselves as their future star quarterback Tua Tagovailoa waits on the sidelines for his time to shine. With a loss to the Jaguars tonight, he could see the gridiron a bit sooner than expected.

As the youngest team in the NFL, the Jags will need to keep relying on Minshew’s accuracy and playmaking to march down the field against a Dolphins team that could give up lots of points due to having one of the weaker defensive units in the league. The Jags aren’t just a one-trick pony behind Minshew and his receivers as James Robinson has been exciting to watch in the backfield. The undrafted running back out of Illinois State has made the most of his opportunity with the Jags rushing for 164 yards and a touchdown over the first two games.

The Dolphins on the other hand will need to find something in an offense that seems to be out of place in today’s NFL. While Fitzpatrick has not had the best start to the season, he brings experience to a team that needs veteran vision late in the game. With a backfield of Jordan Howard, Myles Gaskin and Matt Breida being relatively unproductive through the first two games, we will have to see how the Jacksonville run defense stacks up against this trio of talent.

Nevertheless, Minshew Magic and FitzMagic will be looking forward to the duel in Duval tonight as both teams hope to adding a win to their record and inch one step closer to winning the Lombardi trophy.