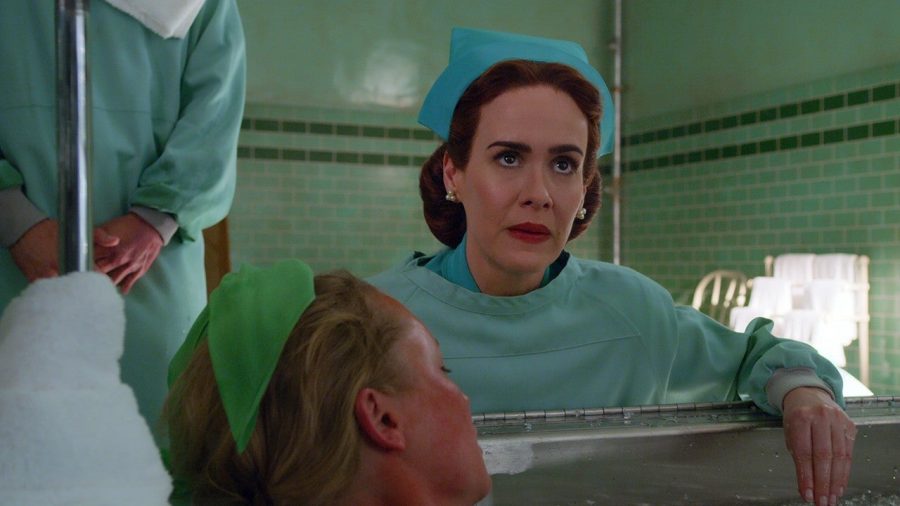 Netflix’s latest original expands on the story of “One Flew Over the Cuckoo’s Nest,” but does it do the classic any justice? Most critics would say no—and this critic would have to agree as well.

“Ratched,” released on Sept. 18, is an 8-episode miniseries created by Evan Romansky and developed by Ryan Murphy of “American Horror Story” and “Glee” fame. The series follows the story of Nurse Mildred Ratched 16 years before the events of “One Flew Over the Cuckoo’s Nest,” which is both a film directed by Miloš Forman and a novel by Ken Kesey. Sarah Paulson plays the role of Nurse Ratched.

From the start, this series does not feel connected to its source material. Had the main character not been named Mildred Ratched, viewers would have never guessed that the series had any affiliation with the novel and movie. It feels more like a season of “American Horror Story.”

The plot that the series follows is interesting, but falls short in many ways. The motivations of the characters are nonsensical at points. Why is Ratched working so hard to save Edmund? Played by Finn Whitlock, Edmund is supposedly Ratched’s brother, but her complete dedication to him is questionable.

There’s a good amount of shock value in this show as well. In just the second episode, an icepick lobotomy is performed. What was the point other than to shock the audience? The lobotomy itself didn’t move the plot forward at all and, as a concept, is completely over done.

Another nonsensical aspect is the overstylization of both the characters and the scenery. For example, the hospital that Nurse Ratched works at looks more like an extravagant hotel rather than a mental asylum from the 40’s. The series is saturated with this sort of overstylization that leads to no substance.

The saving grace for this series is the acting. Sarah Paulson puts on a stellar performance as Nurse Ratched. She truly is in her element when she’s playing a dark character. Finn Whitlock also puts on a great performance as serial killer Edmund Tolleson. However, the fact that both of these actors are recurring cast members for “American Horror Story” makes it feel even more like another edition to the anthology series.

As a whole, the series falls short. Fans of “One Flew Over the Cuckoo’s Nest” will most likely feel disappointed by this attempt at expanding the universe. The Spinnaker rates this show a 1.5 out of 5 sails.