Five albums to kick off the Fall season 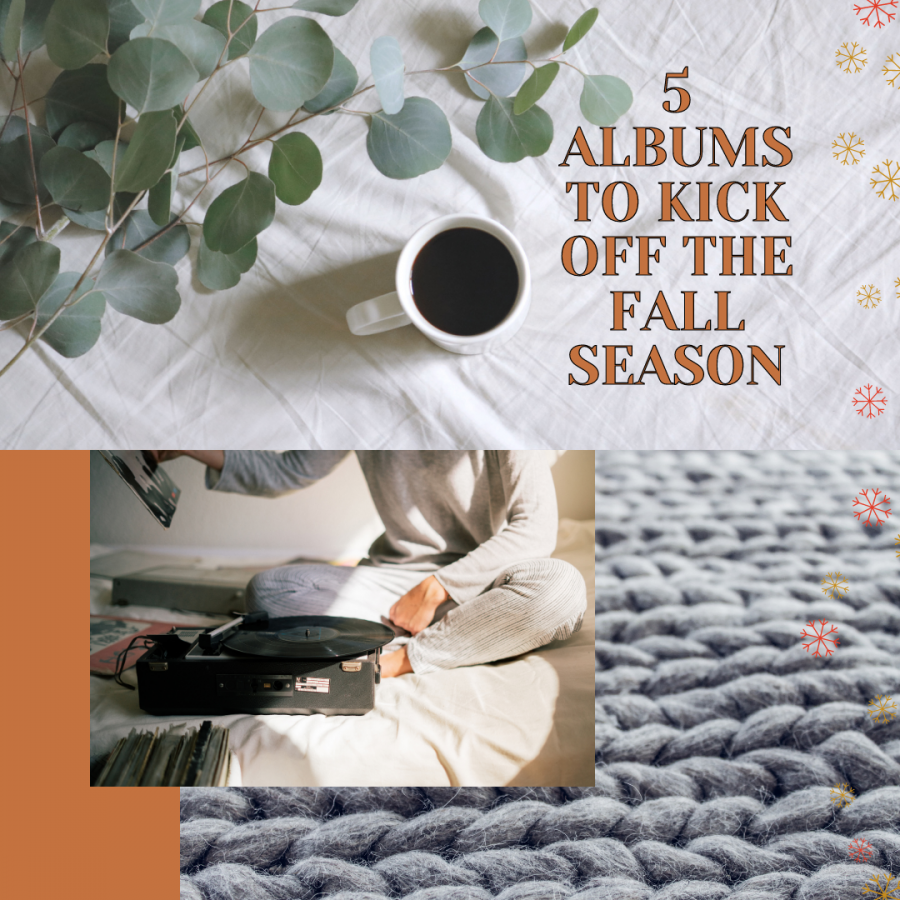 Tuesday marked the beginning of the autumnal equinox. The foliage will begin to change color, temperatures will start to drop and those on campus will trade their tank tops for knit sweaters.

Autumn is the perfect time to reflect on how much has changed since the beginning of the year as we transition into the holidays. What better way to shift into the new season than to put on the perfect soundtrack? Grab a hot beverage, throw on your coziest blanket, and listen to these five albums that will get you into the fall spirit.

Starting off our fall soundtrack is American Football’s self-titled album, which usually wouldn’t be considered the typical “fall” album. However, it seemed appropriate, seeing as we have just entered the autumn equinox a few days ago and many of us are still saying goodbye to summer. The album begins with “Never Meant,” a song about warm summer nights and saying goodbye. The music doesn’t come off as sad, but reflective. Lead singer Mike Kinsella’s vocal delivery paints a picture of the pain in reflecting on the past in “The Summer Ends,” creating a juxtaposition in the lack of emotion he displays in songs like “Honestly?.” The combination of honest and fleeting lyrics, moody vocal work, and that nostalgic midwestern-style guitar blend together pleasantly. The album feels like a bittersweet farewell to summer and a somber transition into the new season.

A Great Pile of Leaves made their way onto the list, not for their name but because You’re Always on My Mind is a nostalgic yet fresh sounding indie favorite. The Brooklyn-based emo-revival band’s sophomore album is one of the more fun and upbeat works on this list. Released in 2013, the album encapsulates indie-rock influence from the nineties and early 2000s. It’s a great feel-good album to kick off the fall season.

Everything All The Time by Band of Horses (2006)

Everything All The Time is a classic, grandiose introduction to Band of Horses, who made their studio album debut in 2006. The band hails from Seattle, automatically earning them that Pacific Northwest gloom badge of honor. The music however, is far from gloomy. The instrumentation is jangly and sweet with a pop/country feel to it. The album is a rollercoaster ride of emotions. It features a range of tracks that showcase both the band’s softer acoustic side and cutting-edge country-tinged rock style that compliment each other and help create an ideal listening experience for the fall season.

Another band from the Pacific Northwest making their way onto the list is Death Cab For Cutie with We Have the Facts and We’re Voting Yes. The album is noticeably more lo-fi sounding than the band’s later work. The combination of vocals dressed in reverb, raw instrumentation and vivid lyricism add up to this autumnal, melancholy and reflective blend that’s undoubtedly tied to the changing of seasons, rain-soaked sidewalks and cloud-covered skies that fall brings.

Wincing The Night Away is The Shins’ third LP which was released in 2007 under the record label Sub Pop and features the band’s last effort before moving to a different label. The Shins are from Albuquerque, New Mexico, but coincidentally enough the album was recorded in the Pacific Northwest which seems to be a running theme in this list. Many of the songs off of the album have this mystical quality to them beneath the instrumentation itself that makes the album all the more appropriate for the new season as it often brings new opportunities for discovery.