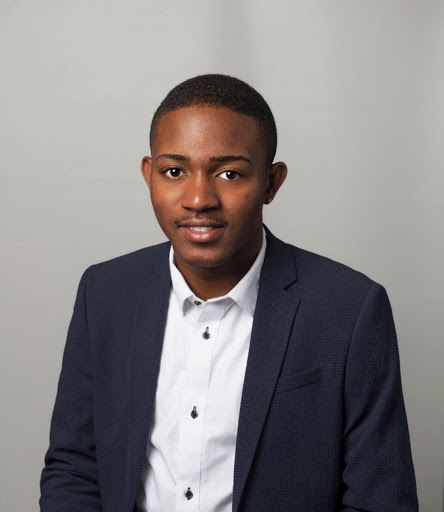 Darryl Boyer, the Elections Commissioner for Student Government, had Articles of Impeachment brought against him on Friday, October 1st. This was the first and only attempted impeachment of a Student Government official in the 45-year history of its existence.

Facing charges of malfeasance for, in the words of the prosecution, “unlawful and dishonest conduct,” the unprecedented event resulted in a Senate session lasting for more than six hours. After an intense and emotional hearing, the Articles were eventually dropped after a failed two-thirds vote.

The charges stemmed primarily from a Facebook post that indicated Boyer had used his title as Elections Commissioner to endorse a candidate in a Flagler County election, an act viewed as wrongful and illegal. Commissioner Boyer and President Ally Schneider sat down separately with Spinnaker to give their sides of the story, what actually happened, and how they felt during the trial.

Boyer explained how it all started when he endorsed his former teacher for her campaign to the school board  —  this was done before he was even appointed Election Commissioner. The endorsement was only made public in August after Boyer was appointed to the position, and the usage of his title was taken from his private Facebook page without his consent.

In the hearing, the prosecution displayed a screenshot showing that Boyer himself shared this post on Facebook. Boyer explained that he, “had just reposted it out of excitement, and overjoy,” that one of his personal role models was utilizing his support.

He recalled how within the next hour, he received an email about the potential violation. He immediately contacted her campaign, and had it removed. Boyer had a private conference with President Schneider, VP Dougherty, their advisors and a couple others to discuss the situation. This was confirmed by President Schneider in both her statement during the impeachment, and in our interview. Boyer says he told them it was an accident, and after that, he assumed Student Government had moved on.

However, almost two months later, he learned that Impeachment Articles were filed against him by a senator. President Schneider was not the one who filed the Articles, but she was called on as a witness by the petitioner, which she did truthfully. On his subpoena, Boyer was told that the Senate meeting was at 1:00 p.m. However, on the day of the hearing, the meeting was moved up to noon.

The endorsement was not the only thing that was brought to the table in his hearing. Boyer elaborated on this:

“Prior to Friday, I was under the impression that I was only being impeached for the public endorsement,” Boyer said.

He claims he was unaware of anything else being used as grounds for impeachment and was caught completely off-guard when two other items were presented by the prosecution.

Another unexpected item was the fact that there was a mistake on the official elections timeline on the SG website. Boyer said that President Schneider revealed the mistake to him, and he fixed it the same day.

One particular piece of evidence included some screenshots of profane Snapchat messages Boyer sent to an undisclosed person, who Boyer claims was a close friend of the petitioner. The Snapchat messages, presented by Schneider, took Boyer completely off-guard, as they were a private conversation, and the recipient wasn’t a UNF student.

“I saw a really big potential for impeachment,” Schneider said.

Boyer claims at this point, President Schneider recommended he resign, as she wished to avoid a public impeachment. Schneider confirmed in an interview that that was the case, but she explicitly left the decision to him, as seen in the above email.

“No one wants to have to go through that,” said Schneider, in reference to impeachment. Boyer opted to stand trial.

In the trial, Boyer argued that they were completely irrelevant to the impeachment, and the Senate agreed, with the majority of those in attendance voting to throw the messages out.

Boyer described how he couldn’t help but be nervous on Friday. He believes his record spoke for itself.

“They’ll understand […] They would see our hard work,” Boyer said.

He recalled how he was left with nothing from the previous Elections Commissioner, who had resigned, following a failure to bring about a contested election.

“The past Elections Commissioner resigned, The Office of Elections has had a really bad history,” Boyer said.

Boyer and his team were able to bring about the first contested SG election in 6 years, with nothing established by his predecessor. In order to break the cycle, he noted that the Elections Office has been writing down everything they’ve learned, so the next team can be better off than they themselves were.

Boyer went on to describe his actual experience during the trial as very emotional and distressing.

“I felt personally attacked,” he said. He was crushed when Schneider gave her statement, where she said she would fire him if she was capable of doing so.

When asked about this statement during the interview, Schneider said, “Prior to everything that happened, if I had had the opportunity to, I probably would have reluctantly let him go. It’s not something that would have brought me any pleasure.”

While in the end, Boyer was not impeached, he still feels things may not be the same again. Boyer wished the senators had put more thought into how this would affect him in the long term. As time has passed however, President Schneider remains very optimistic for the future of Student Government. Since the impeachment trial, Schneider said that many of her concerns have subsided, and that constructive talks were opened up between them. She remains incredibly enthusiastic and confident about Boyer, saying “He has done a great job.”

In his official statement, Boyer had this to say:

“When I was appointed to this position, I made a promise to hold two contested elections. My deputy, Andrew, and I are fulfilling that promise. The impeachment hearing was probably the hardest thing I have ever gone through, and we have faced many other obstacles this semester, like COVID-19 and the legislation that was passed extending the period where potential Senators could go through the appointment process rather than elections. But despite all of these obstacles, Andrew and I are about to host Student Government’s first contested fall senatorial election in six years. Andrew and I exemplify diversity and unity; we’re two Ospreys from different walks of life, with different personalities and perspectives, but what we share is our passion for serving the students. We have proven that no matter how you get involved, whether it’s through appointment, hiring, or elections, it is passionate, servant leaders who make change happen. Rather than focus on the impeachment hearing, which was a very difficult and emotional time, I’d rather look to the future and encourage our student body to research, know, and understand the candidates running this semester, and to elect leaders who are dedicated to serving you.”