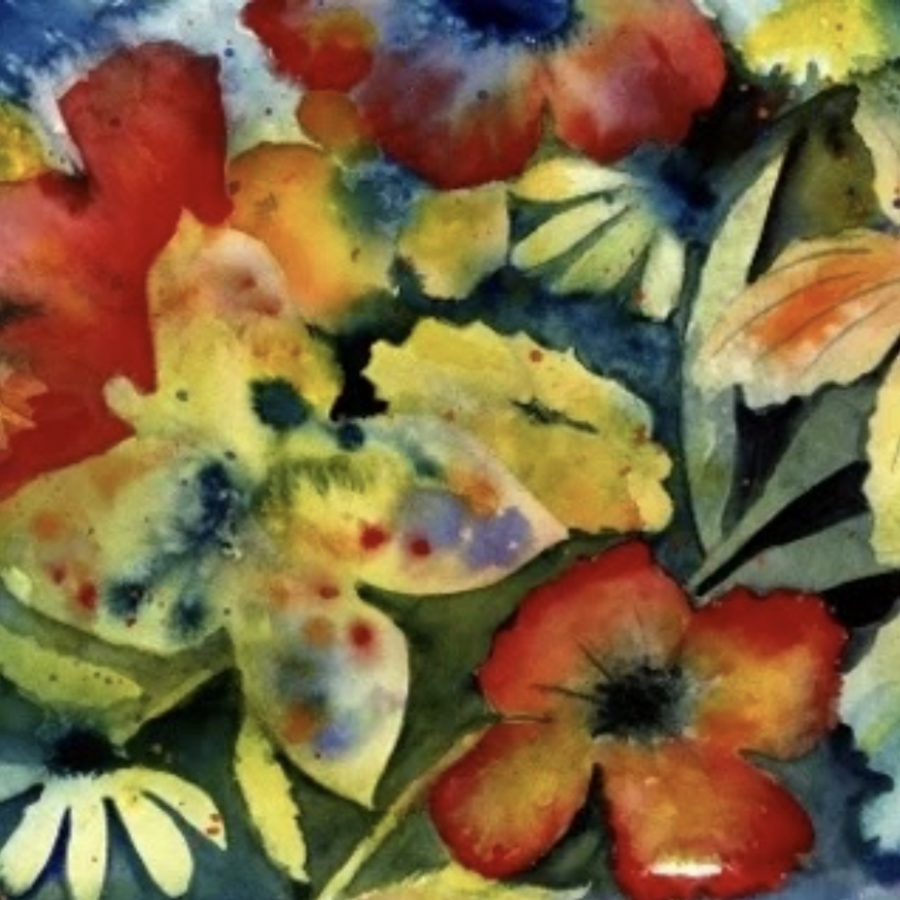 There’s something about a deep breath of mountain air that feels healing to one’s body and mind. Adrianne Lenker’s new album, “songs”, evokes that exact same feeling through music. The former Big Thief front woman released this solo piece on October 23, 2020 with an accompanying album “instrumentals” that’s a collection of her guitar playing and nature sounds.

Lenker bunkered down in a cabin in Massachusetts to record the two albums. It was as folksy as you can get, recorded deep in the mountains on tape. If there’s one quote I can choose to sum up the album, it would be from Lenker’s interview with GQ, “Without that death, without that loss, nothing would be as we know it, and all of the things we love and appreciate about life couldn’t exist.” Death, heartbreak, and the complexities of life in between flow through this album.

two reverse – The first track is calming and inviting with the strumming of an acoustic guitar. As you’ll hear with most of the album, it’s the perfect balance of twang and precision. The song sounds lighthearted, but when listening to the lyrics, you’ll hear the heartbreak, “Is it a crime to say / I still need you?”
ingydar – The instrumentals slowly start to build in the second track. It’s interesting to hear how Lenker layers the different elements such as vocals, guitars, and what sounds like toe-tapping to keep time. Lenker has a way with lyrics that make it sound like a Robert Frost poem is being sung over folk music. She uses lots of nature-oriented metaphors and picturesque storytelling. The title of the song comes from the name of Lenker’s great-aunt’s horse. She goes into depth behind the meaning of the song in an interview with GQ. Throughout the album, themes of life, death and everything that cycles in between is frequently mentioned. A lyric from this song that stands out is, “everything eats and is eaten.”
anything – The third track was the first single released from the album back in September of 2020. My first time listening to it immediately brought the feeling of coziness and warmth. The lyrics are extremely tender and talk about all the little things, anything, that makes a relationship meaningful. Listening to this song knowing that Lenker is no longer with the woman it was about brings tears to my eyes. She even name drops singing, “You held me the whole way through / when I couldn’t say the words like you / I was scared Indigo but I wanted to.”
forwards beckon rebound – You can hear Lenker’s fingers moving across the strings of the guitar in the fourth track of the album. The lyrics are a little trickier to untangle, but captivating nonetheless. It almost sounds like Lenker is singing about the difficulties of loving someone. I take the lyrics that the title is based off of to refer to every time you feel like you’re moving forward, you’re beckoned to make the same mistakes, hence the rebound. The line that proceeds it is, “stabbing stars through my back,” so that almost sounds like a bit of a betrayal.
heavy focus – This track reminds me of the country music that comes out of the mountains, not so much Southern, but rather Appalachian. With the title, “heavy focus,” I feel it’s important to reflect on a quote from Lenker’s interview with GQ where she states, “It’s so important that what you’re putting into people’s psyches is thoughtful, and is consciously done, in a way that isn’t manipulative or numbing, or supporting apathy.” I think this song is a sort of pausing point in the album where you’re able to pause and take a second to focus on the lyrics, focus on the guitar, focus on your surroundings wherever you’re listening to it. Lenker’s lyrics are honest and thoughtful. I find them to be the opposite of numbing, but rather awakening in a way that makes you reflect on your own life.
half return – The lyrics to this sixth track paint a picture of what seems like a bleak Midwestern winter, both physically and emotionally. Lenker sings, “Half-return, half-return / honey in your mouth when you gave me my name,” which makes me think the rest of the lyrics might be pointing to her childhood.The squeaks of the guitar strings can be heard throughout the folksy tune.
come – The sound of water flowing can be heard underneath the somber guitar of this track. Lenker’s voice grows fragile while remaining clear as she sings about a mother asking her daughter to assist her in her journey between life and death. “Come help me die my daughter / walk me beside the river to the beach,” are the opening lyrics that introduce the beginning of a sad scene.
zombie girl – Though the acoustic guitar is calm and peaceful on this track, the lyrics are reflective of heartbreak. The verses are so sad as Lenker sings, “sleep paralysis, I sworn I could’ve felt you there / and I almost could’ve kissed your hair / but the emptiness withdrew me / from any kind of wishful prayer.” Lenker’s verse sort of reminds me of 1950s folk music in this song.
not a lot, just forever – The sound of Lenker’s voice is light, but the lyrics grow heavy as we near the end of the album. She sings of a romance, “intertwined sewn together / as the rock bears the weather,” as she strums a celestial tune on her guitar.
dragon eyes – If there’s any word to describe this song, it’s yearning. The lyrics are heartfelt and earnest as Lenker sings about wanting to keep a sweet love. The lyrics contemplate the balance between sharing love and making sure one’s partner maintains independence of some sort. Lenker’s voice is just as soft and tender as the rest of the album.
my angel – Lenker’s guitar sounds like an angelic harp in this closing song. “Strange as she appears to be / oldest friend invisibly,” are just a few of the lines in this sleepy lullaby of a song. It’s the type of tune to wipe your tears to.

There might be a bit of bias going into this review, as I already love Adrianne Lenker from her previous solo work and collaborative projects like Big Thief. Considering the instrumentals are solely acoustic guitar, I think that speaks volumes about Lenker’s talent for being able to evoke emotion through the simplest sound. The lyrics alone can be a book of poetry. They’re just complex enough to leave you wondering what some of the lines mean. I would give this album five out of five Spinnaker Sails.

Standout tracks: “ingydar,” “anything,” “half return,” and “my angel.”