What the 1918 pandemic tells us about the COVID-19 pandemic 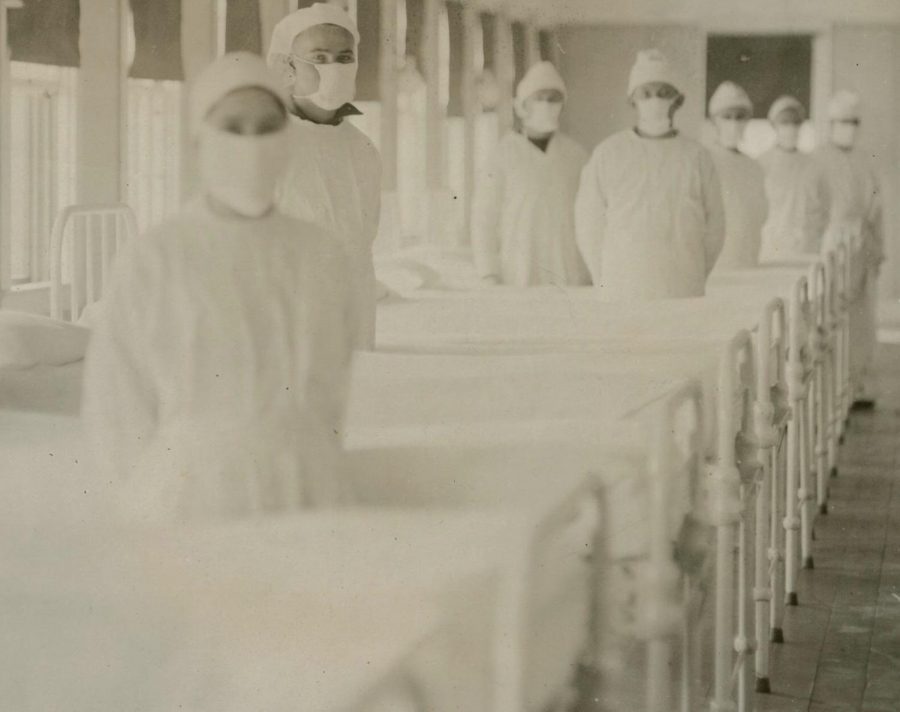 The coronavirus pandemic shocked Americans with its quick and unexpected arrival, but by looking at the past, we can see that this isn’t the first time the U.S. has experienced a nasty pandemic. As Spanish-American philosopher George Santayana once said, “Those who cannot remember the past are condemned to repeat it.”

Dr. Chau Kelly is an Associate Professor of History at the University of North Florida. Dr. Kelly specializes in areas of expertise, such as the history of imperial science, medicine and hygiene. She discussed the comparisons, contrasts and lessons that can be learned when looking at the 1918 influenza pandemic as well as the COVID-19 pandemic.

While the COVID-19 pandemic needs no introduction as we currently live it out, the 1918 flu pandemic was caused by an unusually deadly strain of influenza. It infected around 500 million people, which was a third of the world’s population at the time, in four distinct waves.

Dr. Kelly discussed that there are surprising similarities between the two pandemics as well as significant differences for a variety of reasons. The first notable distinction is that they are two different viruses. Coronavirus, SARS-CoV-2, is an acute respiratory illness. Influenza is something that we have lived with longer as human beings, and it is generally considered more tolerable. However, the death rate during the 1918 pandemic was extremely high.

“In the 1918 flu pandemic, depending on the statistics and where we are looking, globally, we are estimating between 40 to 50 million people who died from influenza,” Dr. Kelly said. What that tells us is that the disease was highly infectious. It was also a situation where the body developed lots of pneumonias and secondary infections, which is typically what kills people.”

A big contributor to the high death rate in 1918 was a lack of medical technology that we have today. Some examples are the fact that the germ theory of disease was still very new. Doctors, who had previously practiced before the germ theory of disease became prominent were still around. American medicine was not so much medical science, as Americans didn’t treat medicine the same way as it was treated in Europe at the time. Americans were about 30 to 40 years behind Europe. There were also no antibiotics or ventilators. Vaccine culture and the concept behind vaccines was still relatively new and limited. 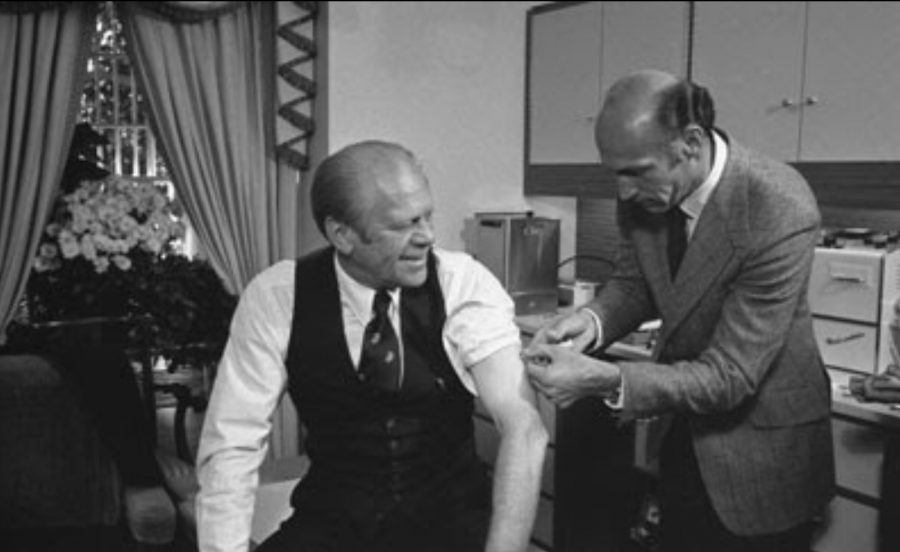 Dr. Kelly explained that in 1918 they tried to work as quickly as possible to develop a vaccine, but it took a while to figure it out. The flu virus is known to mutate regularly and it was not known that there needed to be a multi-viral solution. For example, the flu vaccine that Americans take in modern day times usually addresses four different substrains of influenza, whereas when they were first attempting to develop a vaccine, they were focusing on primarily tackling one substrain of influenza.

When referring to the race for a COVID-19 vaccine, Dr. Kelly said,

“In some cases, yeah it does take years, but we are better with our medical science than a century ago. We do have to make sure that if we are going to develop a vaccine, it is 100% safe and effective.”

In 1918, masks were also implemented and shown to be very effective. Even the basic gauze masks of the past were shown to work. However, once the masks became effective, people began to reduce wearing them. They did not correlate the reduction in disease to the very act of wearing a mask. People began to complain about them due to their inconvenience, personal vanity or comfort concerns.

“If we look at countries today that have mitigated the virus like Taiwan, South Korea, Vietnam,  and Japan we notice that these are mask wearing cultures in general. If you are not feeling well, you wear a mask or maybe you wear one because of air pollutants,” said Dr. Kelly. “The infection rates in these countries have dropped precipitously. In Japan, they did not shut down their economy. People just wore masks, and because they wore masks, it reduced the spread in crowded urban spaces. There’s low transmission there because masks work.”

Dr Kelly also noted that a big difference with the 1918 pandemic is that the majority of people that died were in the prime of their life. Young men and women between the ages of 25-45.  The average age of people who die of COVID-19 are over the age of 65. The tricky part is that even though young people are not dying from SARS-CoV-2, they are having long term health consequences such as organ inflammation, which causes complications.

The 1918 pandemic emerged in early 1918 around spring, similar to coronavirus. It mitigated in the summer, but was picking up in Europe at the time due to a war. People returned home infected and victory parades helped to further the spread. Through the winter of 1918 and 1919, the pandemic raged and killed large numbers of people.

When asked about a coronavirus second wave, Dr. Kelly said,

“I am watching the surge happen in real time. It’s going to get much worse.”

The main thing Dr. Kelly urges that we learn from all of this is to trust the science and stop approaching health and disease as a political issue, but rather a scientific issue.

“We need to have a greater sense of the common good. I understand given American history that there is this urge for independence. But, we also are ‘e pluribus unum,’ which means ‘out of many, one’ and ‘out of many, one’ means also pulling together as a people, culture, and society to do what’s right so that we can all be successful,” Dr. Kelly stated.

Dr. Kelly believes America did not learn from the 1918 flu pandemic of the past and that it’s sort of portrayed as ‘America’s forgotten pandemic. Perhaps, the general public has forgotten. If so, that can be an unfortunate thing, because we forget how difficult it was to actually beat it.