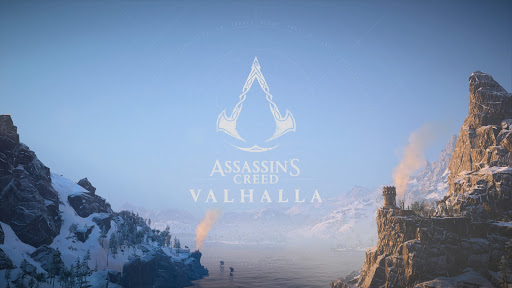 Sharpen your axe and set sail from the freezing lands of Norway to the rich soils of England in “Assassin’s Creed: Valhalla.” Will the game give you the Viking experience destined for the Paradise of Valhalla or does it belong in the cold trenches of Niflheim?

The main story takes place in the year 873 C.E. The player is a young Viking named Eivor, who can be male or female. Eivor witnessed the death of their parents, who were killed by Viking warlord Kjotve “the Cruel.” Eivor gets their revenge on their parents murderer after 18 years and recovered the axe their father once used.

Sigurd, Eivor’s adopted older brother, returns to Eivor after two years of exploring the outside waters of Norway. Sigurd breaks back tales of close encounters with death and new opportunities to spread the norse deity Odin’s influence throughout England. Sigurd takes Eivor from the icy mountains of their homeland and embark on a journey to settle in lands that no norseman has traversed before.

The game features the “Assassin’s Creed” signature parkour-running style that fans have grown accustomed to. Traversing through snowy mountains of Norway and the dark forests and rivers of England were much detailed. If the player wants to travel a bit faster, they can call their own horse in contrast to traveling by foot.

The combat system resembles the same as “Assassin’s Creed: Origins” and “Odyssey.” It is a third-person melee styled combat that features combo-finishers and archery. With each finisher there is an emphasis on camera angles to provide the player with authentic, dramatic sequences.

Because Eivor is starting a new settlement in 878 C.E. England, supplies are in dire need. With that, developers added a new system called “Raids.” Eivor will take a battalion of Vikings to pillage nearby villages for gear and resources. Everything acquired from raiding a village is considered spoils of war. Those resources are used to develop a new Viking kingdom “worthy of Odin’s approval.”

I would describe the graphics of “Assassin’s Creed: Valhalla” as feeling like I’m on a nature hike; the scenery is beautiful to look at, however you must get through far too many bugs to enjoy yourself.  The game’s mechanics were not working well with the graphics at all. This issue is not foreign to the “Assassin’s Creed” franchise, but there’s hope that this issue will be corrected when the new Xbox and Playstation versions launch.

The voice acting is good, but the dialogue is not consistent. When characters are in the middle of conversations, their voices would cut as if they were losing signal and talking on a cell phone.  If not for the subtitles, some players would probably feel lost in regards to the story.

So far, this may be one of the best installments in the series. “Valhalla” drives away from the stealth appeal of the series, but makes up for it with brutal animations and an engaging storyline. There are still some bugs to work out but it doesn’t take too much away from the main game. Spinnaker rates “Assassin’s Creed: Valhalla” 4 out of 5 sails.