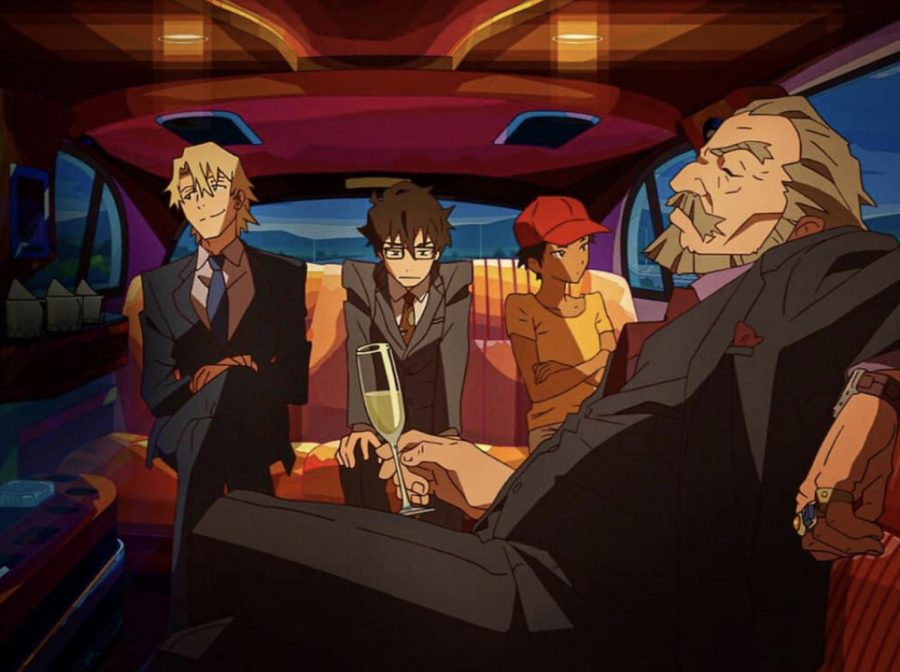 Have you ever wondered what it would be like to make a high stakes con to rob the slimiest, scummiest mob boss blind? If so, look no further than “Great Pretender.”

“Great Pretender” follows Makoto, a small time con man. After an unexpected meeting with Laurent Thierry, a confidence man which is an old fashioned term for a con man, who quickly turns Maloto’s life upside down as he follows him all the way to America. In his meeting with Laurent, Makoto begins to truly learn what it is to be a confidence man and moves from conning elderly people to big time crime bosses.

Laurent isn’t the only other character that Makoto meets on his adventure. Other characters include Abigail Jones, a character of few words as well as a mysterious past, and Cynthia Moore, a very seductive character who will stop at nothing when it comes to getting what she wants.

The show is split up into different cases. The first is centered on a B-movie film director who is actually a mob boss. The second case focuses on the president of an air race who fixes them in his favor. The final case is centered around an art appraiser. Each case takes the cast of characters across the world from America to Singapore and finally, to France.

Both the dub and the subbed versions of the anime are exceptional and do something quite interesting. When watching the dubbed version of the show, it initially starts off in Japanese as the show is set in japan for the first few minutes, but as they move to America, it quickly switches languages to fit the setting.

If you still need convincing on this anime, the ending theme uses the music video “The Great Pretender,” by Freddie Mercury and replaces everyone in it with cats.

Putting everything into consideration, Spinnaker gives “Great Pretender” 4 out of 5 sails. Even if you’re not a fan of anime, “Great Pretender” has a lot to offer. It doesn’t overly rely on classic anime tropes and has characters that feel very real and easy to connect to.

It has also been confirmed that the final case, which will be nine episodes long, will be airing on Nov. 25. You won’t be waiting much longer for the conclusion to this high paced anime.