Review of ‘Dash and Lily’ 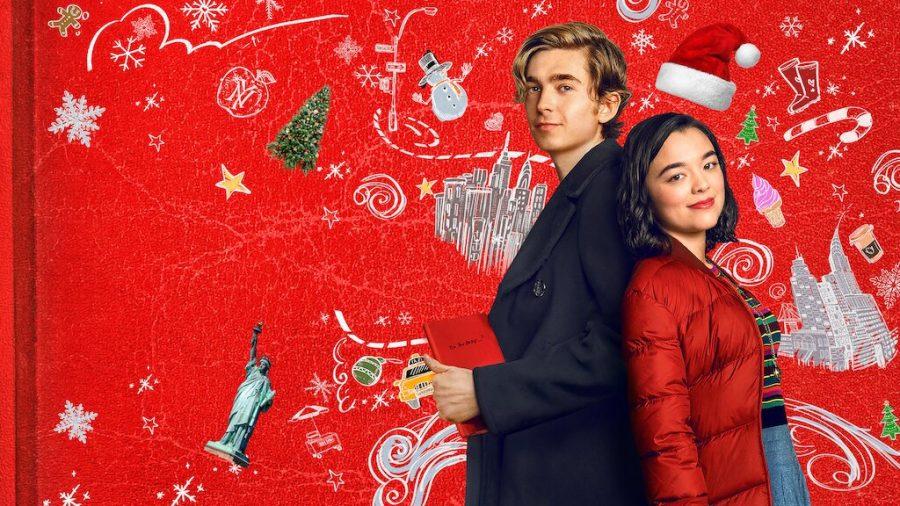 Nick Jonas has dipped his toes in executive producing with the production of Netflix’s latest Christmas-themed love story.

“Dash and Lily” takes place in the magical city of New York, where romance seems to be alive and well, if only in the universe of romantic comedies. The story focuses on the budding romance between 17-year-olds Dash and Lily, which begins with a scavenger hunt and a series of dares.

The set-up is rather cheesy and unbelievable, but to expect much more from a young adult romantic comedy would just be wishful thinking. Lily, played by Midori Francis, decides to leave a notebook with a scavenger hunt and a few dares in a local bookstore in the hopes of finding a romantic prospect. This is rather unrealistic, as the odds of her finding someone her age alone were slim. However, it leads to a very interesting episode as Dash, played by Austin Abrams, goes around the bookstore completing tasks in order to further the game Lily started.

The stark contrasts between Lily and Dash are what attract them and tear them apart, it seems. Right off the bat, the biggest difference between them is their views on Christmas. Lily absolutely loves the holiday, while Dash loathes. Both feelings can be traced back to how their families handled the holiday—Lily’s family surrounds themselves in love and family bonding, while it seems Dash is either alone or forced to meet his dad’s newest romantic interest.

At first, Dash’s disdain for Christmas is almost a dealbreaker for Lily, which is highly unrealistic. Truly, who cares about a holiday that much? However, with the urging of her brother Langston, played by Troy Iwata, Lily continues giving Dash a chance.

Both Dash and Lily can be jerks, if we’re being honest. For one, Dash’s pretentiousness can be overwhelming, such as when he rants about why Home Alone 2 isn’t a good movie. Luckily for him, Lily is just as pretentious, as she gives off the air that she’s better than others just because she reads more books.

Lily also has the habit of blaming others for her own feelings. This is evident when she confronts Edgar, played by Glenn McCuen, about bullying her in elementary school. This would be quite empowering, if she weren’t blaming her feelings of isolation on one instance of bullying. She’s blaming him entirely for problems that weren’t just his fault, which is something annoying about her character.

The pair don’t officially meet until episode 7, “Christmas,” although they do have a couple of initial run-ins beforehand. At first, Dash and Lily are both incredibly rude to each other in the most annoying way; despite both of them having gone on dates with other people, they both get angry at each other for seeing other people without mentioning anything. The two hadn’t even met in real life before, much less were officially dating, so their anger towards each other was pretty ridiculous.

As their relationship blooms, we get to see a cast of side characters that are intertwined in the story, such as Boomer, played by Dante Brown. Boomer is the best friend of Dash, who also aids Lily in their game of dares. His character was fun, but felt hollow, as he was more of a sidekick to Dash than his own character. However, his character is vital in helping the story move along.

Another interesting character was Lily’s great-aunt Lillith, also referred to as Ms. Basil E., played by Jodi Long. Between her extravagant wardrobe and occasional mentions of a wild past, Lillith makes for one of the most endearing characters in the series.

The cheesiest part of this entire series occurs in the last episode, when the Jonas Brothers make an appearance at a concert. It feels like a concert movie during this scene, which really takes the viewers out of the movie. It was also rather goofy to have the characters actually interact with Nick Jonas, but their interaction was still enjoyable.

As a whole, “Dash and Lily” is a fun, lighthearted series that is bound to keep you entertained, if not slightly annoyed by how unrealistic the plot is. Spinnaker rates this series a 3.5 out of 5 sails.