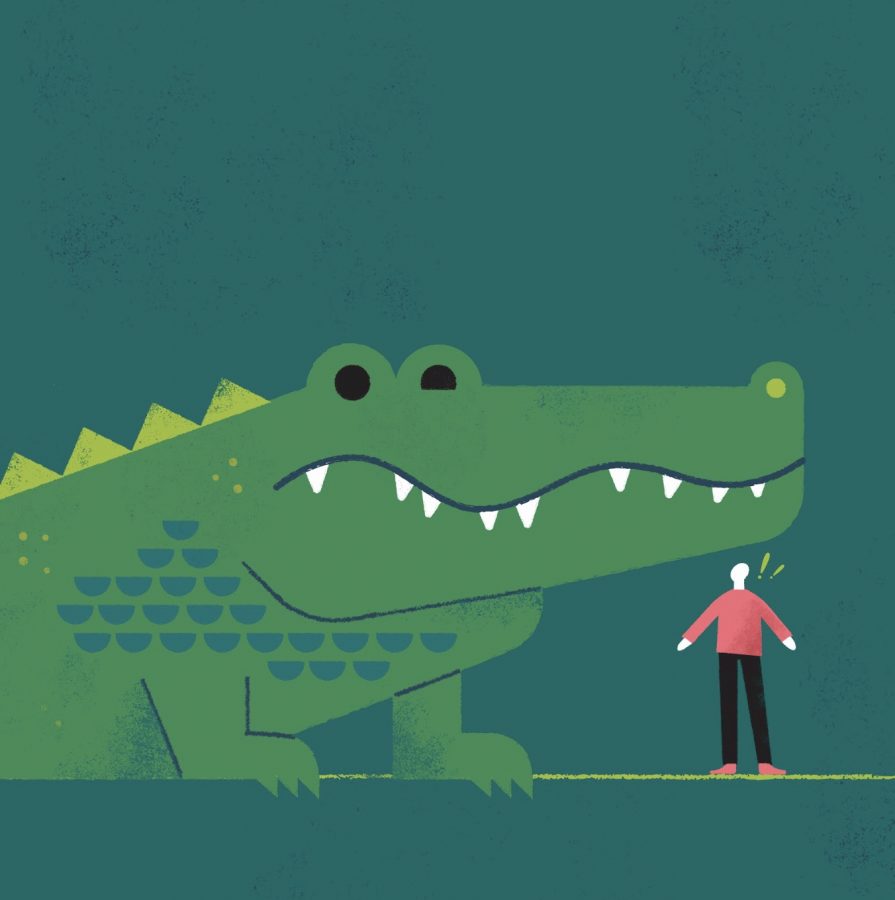 This is not Jurassic Park, dinosaurs do not roam amongst us. Last week an enormous alligator was seen strutting his scales on a Florida golf course. However, according to Assistant Biology Professor, and resident expert on all things crocodilian, Adam Rosenblatt, these reptilian carnivores are not cause for concern.

Professor Rosenblatt estimated that the alligator shown in the video is likely between eleven and thirteen feet tall. He also explained how this isn’t too large of an alligator, as male alligators often grow far larger than their female counterparts. The largest recorded length of an alligator was fourteen feet, nine inches. While large for an alligator, this is relatively small when compared to some other crocodilians. The saltwater crocodile, the largest living crocodilian, has been recorded at well over twenty feet in length.

With the exception of children, alligators will usually not prey on humans, as they see humans as too tall and troublesome to risk killing them for food. Alligator attacks are more often caused by curiosity, as alligators explore the world with their mouth. Crocodilians that do hunt humans, namely the Nile crocodile in Africa, and the aforementioned saltwater crocodile in Australia, are much, much, larger.

These alligators should not be compared with dinosaurs. While they are both large reptiles that look similar, crocodiles evolved separately from dinosaurs and are not closely related.

There has been a rise in sightings of these alligators in recent years. This is due to a crackdown on alligator hunting after the species became endangered in the 1970s. This allowed the alligator population to recover and flourish to a good population size of over a million in the state of Florida. Professor Rosenblatt predicts that their numbers will continue to increase.

Rosenblatt was adamant that these creatures serve little to no direct danger to humans, as long as you use common sense. Rosenblatt also urges that bystanders should not feed the gators.