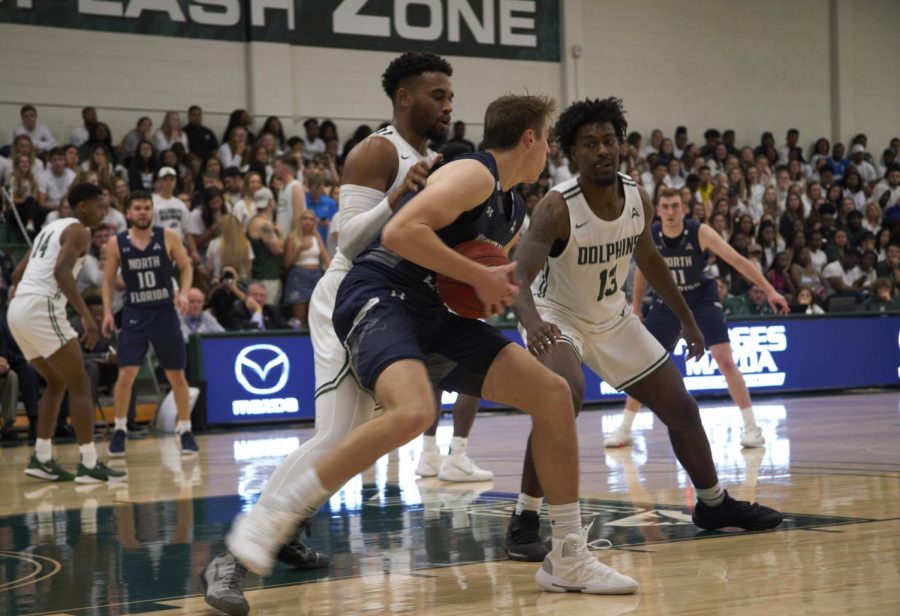 After an offseason that saw the addition of many fresh faces, the Osprey men’s basketball team took to the court in Raleigh, North Carolina to begin their 2020-2021 season. UNF faced Eastern Kentucky in the first of two games that the Ospreys will play in the Mako Medical Wolfpack Invitational, a multi-team event hosted by NC State.

One of the biggest concerns surrounding the Ospreys coming into this season is experience. After losing four starters from last year’s team, it’s clear that head coach Matthew Driscoll will need his guys to step up to the task at hand. Conversely, Eastern Kentucky is a team that returns a majority of last season’s group.

UNF didn’t waste any time, jumping out to an early 8-0 lead. The EKU Colonels would bounce back, tying things up. Following this, the trend of large momentum swings would continue, with the Ospreys extending the lead to nine points. This wouldn’t last long, as EKU stormed back to take their first lead of the game about halfway through the first half.

The Colonels continued to surge, jumping out to a 31-21 lead 13 minutes into the game. While three point shooting was an early strength for the Ospreys, turnovers were something that plagued the team. After a back and forth first half, the Ospreys trailed 46-33 at the break.

Junior forward Carter Hendricksen got things going to start the second half, scoring UNF’s first eight points after the break. Unfortunately, the Ospreys couldn’t put a stop to the EKU offensive attack. UNF made one last run late, but it wouldn’t be enough, with the Colonels prevailing 80-67.

While the result wasn’t what Osprey fans wanted, there were bright spots with this team throughout the game. UMBC transfer guard Jose Placer had a strong UNF debut after sitting out last season due to NCAA requirements. Carter Hendricksen also posted a solid 20 point performance, something this team will need from their new leader.

The Ospreys will face NC State on Friday at 5:30 p.m. For Florida residents, the game can be seen on FOX Sports Sun.