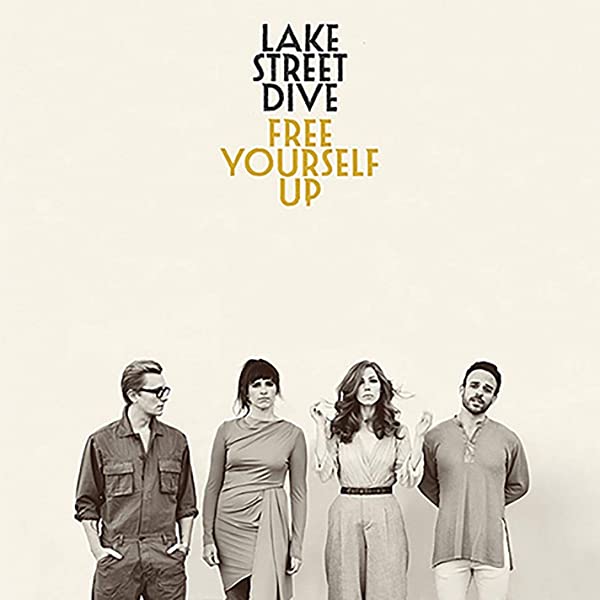 Lake Street Dive is a soulful jazz/americana/pop/rock/R&B troupe and they’re exploring relationships from a mostly female perspective in their sixth studio album, Free Yourself Up. They’re a multi-genre band, and this album exhibits it with songs ranging from big and loud jazzy anthems, rolling R&B grooves, and slow and personal ballads that would fit in at a smoky, dim lounge. 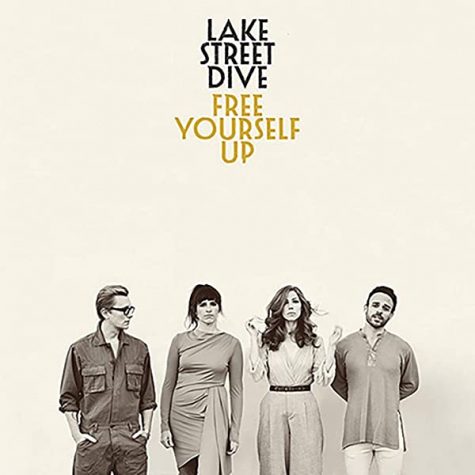 Baby Don’t Leave Me Alone With My Thoughts –  The album starts off strong with a string of the best songs it has to offer. This first track is a fun and flirty song with a driving groove and a nice teasing of one of Lake Street Dive’s greatest assets, lead singer Rachael Price’s powerful and smoky, alto voice. A song about casual relationships and using them to forget about your worries, at least for a bit.

Good Kisser – Up next is an empowered breakup song about standing up for yourself after a breakup, and not allowing an ex to turn your shared acquaintances against you. It’s a fun time.

Shame, Shame, Shame – Is this track, the band takes up the role of a disillusioned partner fed up with the negative aspects of a significant other. It has an infectious groove in the first half, backed up by tight bassline and Price’s vocal. Then it transitions into a gospel piece with promises of “change” coming.

I Can Change – See what they did there. The “change” that was promised in the last song has arrived in the form of a very personal acoustic piece about personal growth, with some haunting piano chords behind it.

Dude – I talked about a change in the album with the last song. It went from upbeat and loud anthems to a very personal and contemplative piece. The album changed again here, and not for the better. We’ve entered the Mediocre Zone™. Dude starts off promising with a driving beat and good kinetic energy, but it falls flat on a chorus that is really missing some “oomph.” Also the line, “We used to kick it like Joe and Obama,” makes my eyes want to roll out of my head.

Red Light Kisses –  This track has a nice bassline, which is a constant through most songs on this album that includes the instrument. It’s a fun enough song about the titular physical romantic gestures, if not just a little forgettable.

Doesn’t Even Matter Now – We’ve waded through the Mediocre Zone™ and have made it back to Doesn’t Even Matter Now. This tune starts out with our protagonist checking out some handsome devil at a bar, but it flips the script when she realizes that “Bobby” is a little more sinister than a pretty face. This rock/pop ballad touches on the dynamics between a man and a woman in a relationship, and how a messy breakup usually casts the latter in a bad light.

You Are Free – This track is a bit of a “run of the mill” love song with Lake Street Dive’s signature sound. It’s samey and just okay.

Musta Been Something – This track is the other slow, somber song on the album. It’s another nice showcase of Price’s amazing voice and would fit right in at a classy lounge. For me personally, however, it overstays its welcome and just isn’t the kind of song I listen to the band for. This one is completely a matter of subjective taste.

Hang On – In the final track of the album, the band rekindles the energy from the first few tracks with a catchy tune that sort of reiterates the whole theme of this album. Through all these relationships, and Dude’s, you’ve just gotta hang on.

Summary: Free Yourself Up is an album with some standout songs that are a ton of fun and inspiring tunes about relationships from a female perspective. Unfortunately, a few dull tracks weigh down the middle. Don’t let it stop you from experiencing Good Kisser, Shame, Shame, Shame, or Hang On, though. I’d give this album 3.5/5 sails.