Anime Review: “Your Lie in April” 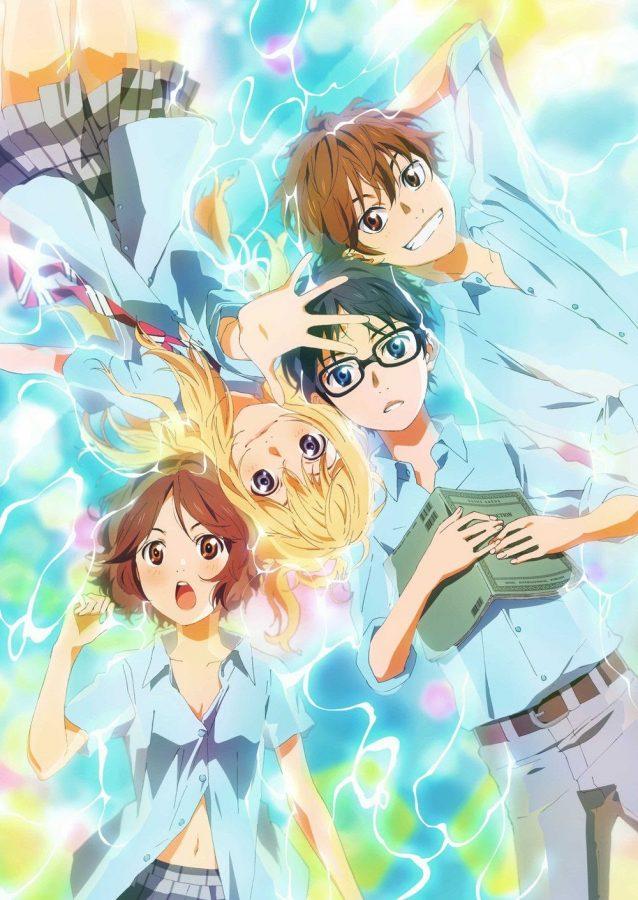 In the last few years, I’ve come across some great pieces of anime. Most of you are likely aware of some of the more popular ones, like “Spirited Away” and “My Hero Academia”. If you’re not, you should check them out. They’re great, but the one that has touched me the most was “Your Lie in April.” This one-season series is one of the most well written, beautiful, and emotional works I’ve ever seen.

The story centers on a teenage boy named Kōsei Arima, a piano prodigy who had dominated musical competitions when he was younger and who is the envy of many of his music-loving peers. The story begins two years after he suffered a tragedy. His mother had unexpectedly died during a recital, causing him to no longer hear the sound of his own piano. While he has two close friends, Kōsei lives alone and avoids music. His days of hiding from the piano end one day when he comes across Kaori Miyazano, a free-spirited violinist who helps Kōsei rediscover his passion for music.

For the sake of not giving anything away, I won’t divulge the story any further from there. But let me just say from a viewer’s standpoint, this series provides a rollercoaster of emotions. What makes it so interesting is that, while it includes many familiar tropes that you’ve seen numerous times, they are presented in unique and surprising ways. Tropes that include the prodigious main character, the kind-hearted, strong love interest, the supportive best friends who are also rivals. What surprises me is that even with those typical elements, they really work here. Even though these are classic archetypes, the characters still manage to come off as interesting, funny, and surprisingly complex people.

Despite a lot of the anime being centered around this music competition where they compete against each other, they still keep the focus on the main protagonist and him overcoming his depression. You feel his friendship with all the people he interacts with and wants to see everyone happy and cheerful. Simply, you quickly root for many of the characters and hope they get what they desire, and not just the main characters but many side characters as well.

In addition to the story, the animation is some of the best of any anime I’ve watched. I’m not exaggerating when I say that the animation is beautiful in every sense of the word! It’s not just the colorful backgrounds and moving atmosphere, but the animation on the characters is some of the best I’ve seen. The expressions of the main and supporting characters breathe life-like energy into them. On top of that, the voice acting complements the character animation extremely well. More impressive, the instrumental scenes are spectacular. For those who aren’t pianists, you might expect to be bored. I expected it. But these scenes had a deep emotional impact, combining vibrant views and moving melodies that greatly enhance the story. The funny thing is that several of these segments continue for several minutes. But unlike other shows, where the instrumentals feel more like an intermission, these take you to a magical place where the music continues the story. It’s like something out of “Fantasia.” Even though there’s no dialogue, you feel the characters’ emotions in every key they play. The creators of this series understand that the simple motions of a character’s actions can convey emotions and speak in ways dialogue never could. Whenever a character plays elegantly, you feel his or her joy. Whenever they start to lose track or feel like they’re drowning, you feel their anxiety. These elements work so well because they feed directly into each other and into the telling of the story.

Not only is the interesting plot beautifully shown, but this anime does a brilliant job of making you feel the right emotions in the right moments. Not just the joyful ones, but also each romantic, jealous, determined, and depressing one as well. Without giving anything away, there are a lot of tearjerkers. I’m not saying that lightly either. There are some moments that are legitimately heartbreaking to watch. When something bad happens, you feel the impact. When someone goes away, they’re gone–unlike other stories where someone might magically reappear. I was actually surprised with how a lot of these scenes play out. But it works so well because they do balance out the good moments with the harsher ones. It not only makes you appreciate the lighter side of the story, but it also fits perfectly with the main character’s arc of accepting his tragedy and finding the strength to live.

If you’re new to anime or are looking for something different, then “Your Lie in April” is something you should definitely check out.