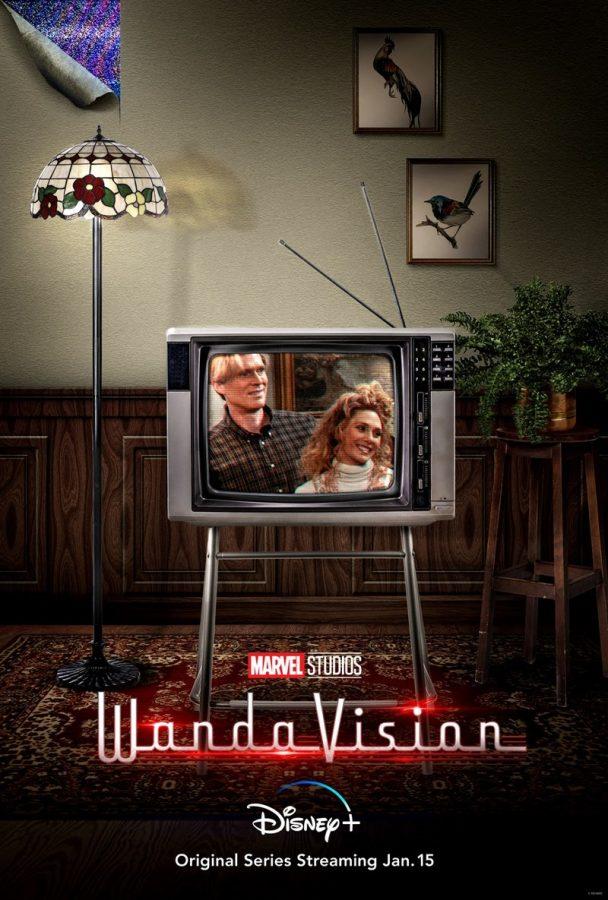 We’re back with WandaVision, this time in the 80s primetime. Talk about a show that started out slow, but is now blowing people’s minds with its big reveals and dramatic turns. A lot of crazy things happen in this week’s episode. So be warned if you have not seen it because this is something you definitely need to see for yourself.

It starts with a “Family Ties” setup where Wanda and Vision take care of their newborn twins Tommy and Billy as they go through the daily routine of parenting infants — that is until their children spontaneously change ages. What’s even more strange is how their neighbor, Agnes witnesses the change but does not react to it. This raises the suspicion of Vision. In fact, Vision starts noticing a lot of unusual events happening around Westview. After multiple sitcom episodes, he begins to wonder whether Wanda has had a hand in this. Meanwhile at the S.W.O.R.D. camp outside of the Hex (the new name for Westview’s hexagon-shaped anomaly) Monica and the others continue to try to reach out to Wanda. They finally get Wanda’s attention with a weapon-loaded drone. Unfortunately, Wanda isn’t willing to cooperate and instead wants to be left alone in her own world, so she strengthens the field that separates the camp from the fantasy world she has created.

This episode does a fantastic job of revealing certain mysteries and creating new developments,  while also showing the darker aspects of the situation. Even though the first half of the series did the slow burn, a lot of hype it’s created is starting to pay off. The plotline with Wanda and Vision’s children aging from newborns to kids in an instant and in front of a neighbor was something unexpected. This could have easily felt rushed, but because the progression feels so natural it allows us to buy into the abrupt change when it happens. Even though ideas like this are so bizarre, you accept it and hope it will lead to a big payoff.

It’s interesting how we now go back and forth between settings. Whenever something happens in the sitcom world, we see how the people at S.W.O.R.D. respond to it. It is made evident that there is a conflict brewing between Monica and the head of S.W.O.R.D. (a position she would have had if not for Thanos’s snap). While Monica still wants to reason with Wanda, others see Wanda as a threat whose abilities seem to be getting more dangerous.

I also like how Vision is starting to catch on to what’s going on around him. While there were hints of this from previous episodes, his nominal suspicions were always sidelined by Wanda rewriting everything. Here there’s no denying he knows that something is up. His reactions to the people trapped in this town is understandable and expected, and make him question the true nature of the situation. It is as if he becomes the audience. Vision seeing the reactions of characters such as Agnes and Norm creates a sense of dread while also giving us a glimpse behind the curtain of what’s really happening.

Even the mental instability of Wanda is shown a lot more here. Elizabeth Olsen is hands down the MVP of this series, as she’s able to go from calm and collective to unhinged and unstable in an instant. With her history and the losses she’s endured, we understand her motivation. But you can’t deny that she’s putting a lot of people through so much mental pain. It’s ironic that this episode is titled “A Very Special Episode”. This was a common trend in the 80s for episodes that dealt with controversial themes–the most obvious theme being Wanda’s inability to get over the deaths of Vision and her brother, Pietro (wait for it).

The episode ends with Vision losing his cool and confronting Wanda about what is going on. It’s an intense scene that makes you feel for both sides. Vision, who is unaware of his death or his previous life before Westview, and Wanda, who seems to have a hand in things but still claims that not everything is in her control. However, before this argument can turn into a second Civil War, we are interrupted with a big reveal at the end. That reveal is none other than Pietro (Quicksilver), Wanda’s deceased brother from “Avengers: Age of Ultron”. What makes this surprise so big is that the character is portrayed by Evan Peters from the 20th Century Fox X-Men film series (which franchise MCU owner Disney recently acquired). This seems to signal the beginning of the crossover of the first X-Men actor into the MCU. It completely caught me off guard and got me hyped for what this will lead to. Are any other actors returning? Will we see more mutants soon? Is this leading to a multiverse? The possibilities seem endless.

Overall, this episode has twists and turns that surpass our expectations in all the right ways. It may not give you a lot of answers, but it still keeps the energy high while also taking us in a lot of unexpected directions. We’re already more than halfway through the series. Now let’s see where this show leads us and see what new surprises they have in store for us.