Cobra Kai: From rivals to allies 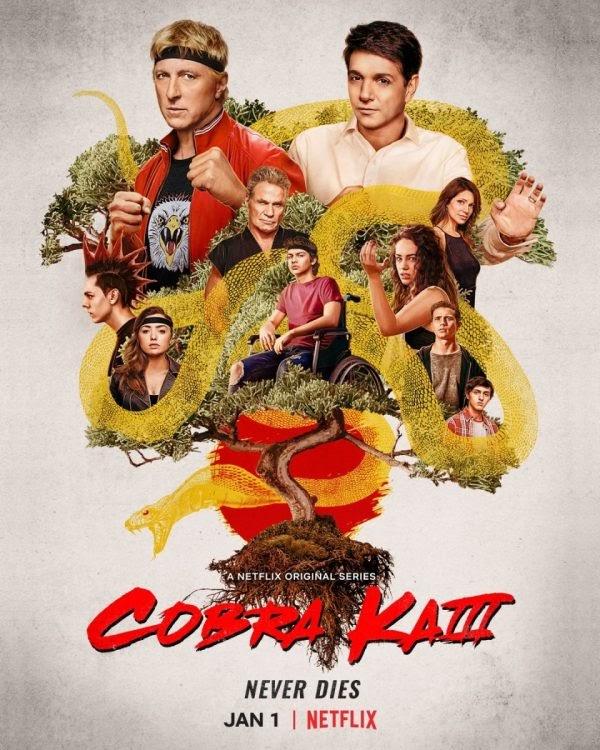 “Cobra Kai” is one of the most talked-about shows in recent years. Made over 30 years after the original “The Karate Kid” series and even starring a lot of the original cast. This show has struck a chord with fans, especially in how it handles its characters. The most interesting development is the rivalry between Daniel LaRusso (Ralph Macchio) and Johnny Lawrence (William Zabka) and how it affects the people around them. What was once a mostly black and white conflict has now become a morally grey area that forces people to understand everyone’s side of the story. It does it so well, that it has a lot of people asking the same question: Which dojo is in the right? To better explore this I decided to see the show for myself and give my thoughts. I’m going into major spoiler territory with this, so watch the series before reading if you want to experience it for yourself.

The series starts with Johnny Lawrence 34 years after losing to Daniel LaRusso in the 1984 All Valley Karate Tournament. Now in his 50s, he has fallen from his wealthy lifestyle and now works as a part-time handyman. He spends most of his time drinking beer and often resorting to whiskey when he’s depressed. He has a son named Robby Keene with his ex-wife Shannon Keene, but Johnny is distant from him due in part to his mother, Laura dying on the same day of Robby’s birth. Johnny also seems to be stuck in the past as he never got over his breakup with his highschool girlfriend, Ali Mills from the first film. It also doesn’t help that he still holds resentment towards LaRusso, who is now the owner of his own successful car dealerships. However, everything changes when he steps in to protect teenager Miguel Diaz, who was being bullied by the rich kids of the area. After a series of events, Johnny decides to reopen Cobra Kai and train Miguel whose new skills increase his popularity and lure other students to the dojo.

Despite what most people predicted, this plotline goes in many unexpected directions. In stark contrast to how the dojo was run in Johnny’s youth, with its harsh training and brutal ethics, Johnny takes this opportunity to help kids become stronger and better defend themselves. It’s not that the training tactics aren’t harsh — they are — but Johnny knows better than his mentor where the line is and even eventually learns to teach his students there is honor in mercy. While he doesn’t shy away from insulting people, he still goes out of his way to help these kids.

There are a surprising number of unexpected twists and turns, if you are into nostalgia, you will love the parallels with the first three movies. I even see a bond between Johnny and Miguel that’s very reminiscent of Daniel and Mr. Myagi. Even though the values of Cobra Kai remain largely unchanged with the offensive focus (that contrasts with Myagi-Do’s defensive focus), Johnny tries to infuse it with more honor and respect than when it was in the past.

It isn’t until John Kreese comes back into the picture that things start to take a turn for the worse. When Kreese returns, Johnny is understandably resistant to having him back in the dojo. However, through Kreese’s subtle manipulations, he tricks Johnny into giving him a second chance. Something that Johnny believes everyone deserves after his life experiences. Things seem to go well at first, although it’s made clear that Kreese plans to take back Cobra Kai and instill the same brutal ethics into Johnny’s students. In Kreese’s mind, he’s making them strong enough to survive in the world, when in reality he’s turning them into violent delinquents. When Johnny tries to force Kreese out, it’s already too late. The majority of his students have already turned against him, including his son Robby who feels betrayed by his father and Daniel from previous events. This forces Johnny, Miguel, and the other remaining students to form their own dojo, Eagle Fang Karate, to combat Kreese’s violent influence.

In contrast to Johnny, Daniel LaRusso has risen from his poor upbringing and now lives a wealthy lifestyle with his family.  Despite Daniel’s success and his claims of being balanced, it is clear that he is unbalanced, and has a difficult time regaining his balance without his friend and mentor, Mr. Myagi, who passed away years ago. This causes him to have trouble connecting with his children, especially his daughter Sam who used to train under her father in her youth. When Daniel sees that Johnny has reopened Cobra Kai, he gets flashbacks of him getting bullied in the past and fears a new generation of bullies that will torment the Valley. As you’d imagine, this causes Daniel to go out of his way to close down the dojo. In true Daniel fashion, he makes conclusions without obtaining all of the facts. The result? He wages a personal war against Cobra Kai, first trying to bar them from entering the All-Valley Karate Tournament. Then, he even brings back Miyagi-Do Karate to keep kids away from Cobra Kai.

At a first glance, this series may feel like a rehash of a rivalry that seemingly has no story. Thankfully the show focuses on the characters’ battle with their demons, which is both relatable and entertaining. The slow arc of going from enemies to allies is well-timed and has a nice payoff. Along the way, Johnny and Daniel spend a lot of time reminiscing about the past. Not just the times when they were happy, but also the mistakes they’ve made. They also share similar goals in how they want to help the next generation. It just so happens their goals and circumstances cause them to butt heads. Johnny brings back Cobra Kai to help kids protect themselves, while Daniel wants to show the kids what he believes is a better path.

To a lot of people what makes this rivalry so interesting is how it changes and affects the people involved. In the first film, it is acknowledged that in the original Cobra Kai there are no inherently bad students, only bad teachers like John Kreese who teach them values that lead them down a dark path. While it was addressed in the film, we never got a chance to really see the dynamic as the focus was mostly on Daniel and Mr. Myagi. But here we get a chance to see these characters explored in a new light. For example, we see how Johnny, much like his students, started out as a friendless kid who wanted to fit in. It wasn’t until he joined Cobra Kai that his life started to make a drastic change and turned him into a bully. Everyone is vulnerable to this influence as even Daniel is guilty of joining Cobra Kai in the third movie. The show acknowledges how the dojo’s brutal methods led him down a dark path before Miyagi had to step in and help Daniel find balance again.

As the rivalry continues, characters from both dojos start to go on different paths. Some make choices for the better while most of the characters make poor choices and have to redeem themselves. Most do in some fashion, which makes them complex. Even for characters who have done some bad things, you find yourself cheering for them when they turn back to the good side.

Characters such as Miguel, Sam, and Robby go through such drastic changes over the course of the series that they feel unrecognizable compared to when we first saw them.

With Kreese’s Cobra Kai on a violent streak attacking students on both Johnny and Daniel’s sides. This gives both rivals a common enemy to defeat so that their students can have stable lives and bright futures.

From a viewer standpoint, both sides of the rivalry are identifiable. Even though they have different morals and ethics, they still share a common desire to help people and keep them from making the same mistakes their sensei’s made in the past. Nonetheless, with the war with Cobra Kai heating up, viewers know who they’ll be rooting for in Season four, the Myagi-Do/Eagle Fang dojo team-up.