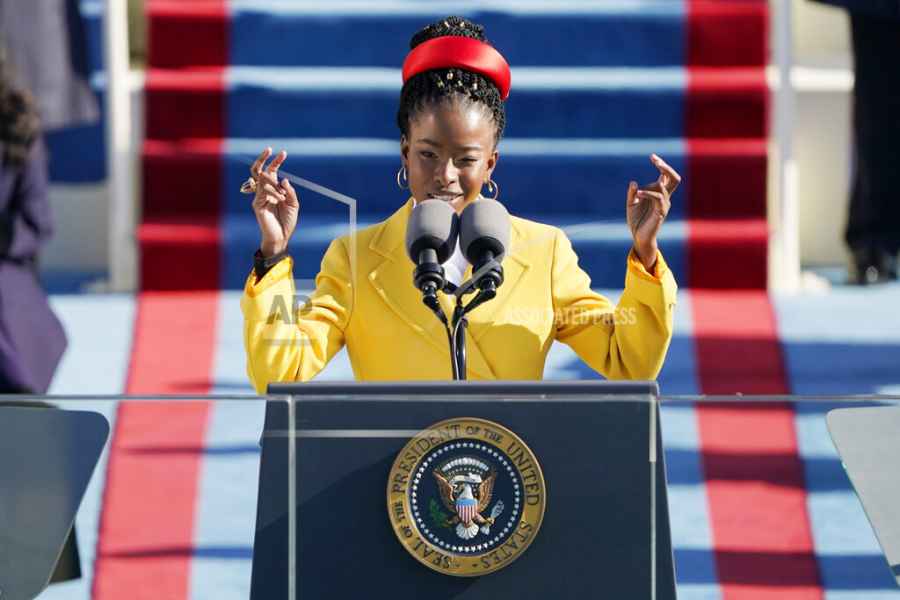 Amanda Gorman touched the hearts of Americans as she graced the capital steps to present her poem, “The Hill We Climb,” for President Joe Biden’s Inauguration. During a time of great national unrest, Amanda’s inspiring words offered a beacon of hope for Americans promising that “there is always light, if only we’re brave enough to see it. If only we’re brave enough to be it.” 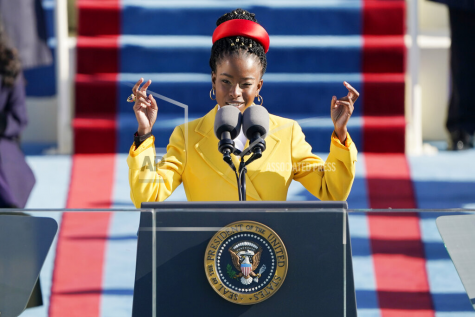 She is also a published author, having written a collection of poetry released in 2015, “The One for Whom Food is not Enough.” She also plans to release two more books in September 2021, the poetry collection “The Hill We Climb” and the children’s book “Change Sings: A Children’s Anthem.” Already, both books are at the top of Amazon’s bestseller list.

Since presenting at the inauguration, Amanda has received overwhelmingly positive reviews from civilians and celebrities alike. One of her most glowing reviews came from former first lady, Michele Obama.

“Like the rest of the country, I was so profoundly moved as I watched @amandacgorman read her poem ‘The Hill We Climb,’” said Obama in a recent Instagram post. “The power of her words blew me away—but it was more than that. It was her presence on stage, the confidence she exuded as a young Black woman helping to turn the page to a more hopeful chapter in American leadership…I could not be prouder of the young woman she has become.”

Amanda Gorman also received the honor of being interviewed by the former first lady in a recent article for TIME magazine highlighting the arrival of the current “Black Renaissance.”

When asked if she had any advice for young girls and Black girls, in particular, Amanda Gorman responded humbly, stating, “My question is do they have any advice for me. I’m new to this, so I’m still learning.”

She then continued saying, “I would say anyone who finds themselves suddenly visible and suddenly famous, think about the big picture. Especially for girls of color, we’re treated as lightning or gold in the pan—we’re not treated as things that are going to last. You really have to crown yourself with the belief that what I’m about and what I’m here for is way beyond this moment. I’m learning that I am not lightning that strikes once. I am the hurricane that comes every single year, and you can expect to see me again soon.”

Amanda Gorman has had to overcome many obstacles within her personal life to reach where she is today. When she was in Kindergarten, she was diagnosed with an auditory processing disorder and speech articulation issues, making pronouncing specific sounds like the “R” sound very difficult.

Despite her struggles with speech, Amanda refused to be defined by her speech impediments and gravitated towards a strong love of reading and writing. She was particularly inspired by African American poet and author of “I Know Why the Caged Bird Sings,” Maya Angelou.

“I felt like Maya was me growing up,” said Amanda Gorman. “She overcame years of not speaking up for herself, all for the love of poetry.”

Writer for The Hill’s “Changing America,” Sam Farmer, described the significance of Amanda’s accomplishments best, saying, “Gorman has shown that she can climb her own personal hill by working through an auditory processing disorder and speech processing challenges en route to newfound fame, remarkably, as a poet and a performer. So, too can we dig deep and climb our own individual hills, by confronting whatever adversities stand in our way. We become stronger as a result. Our collective strength as a nation becomes that much greater as we all climb the hill Amanda Gorman envisions us climbing.”

On Feb. 7, 2021, Amanda Gorman made history yet again as the first person to recite poetry during the Superbowl. Her poem “Chorus of the Captains” was dedicated to the three honorary captains of the game–Marine veteran and Wounded Warrior Project volunteer Jame Martin, Los Angeles educator Trimaine Davis, and Tampa ICU nurse manager Suzie Dorner