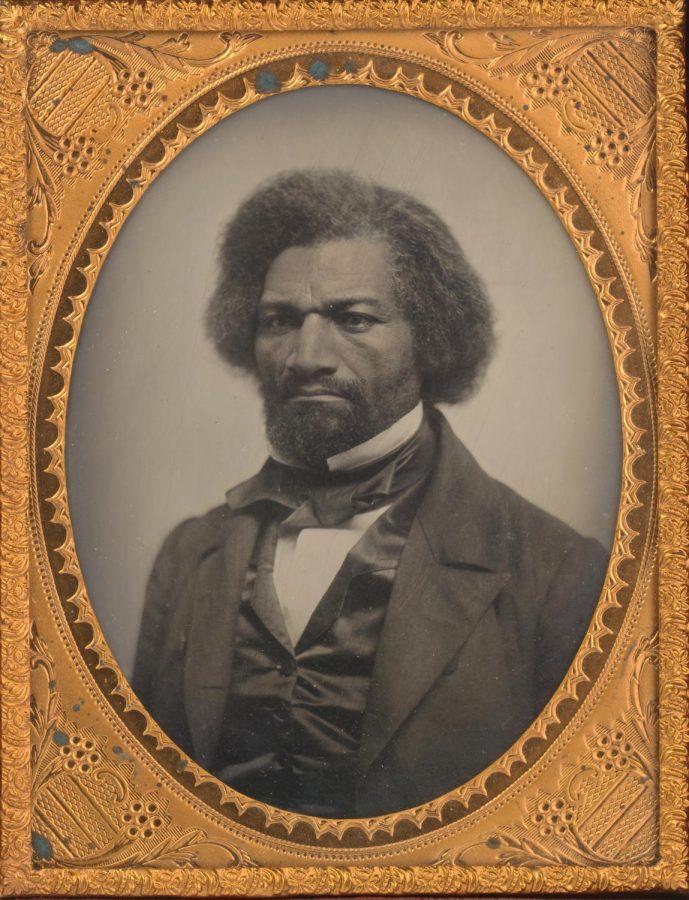 Before he became known as Fredrick Douglass, he was Frederick August Washington Bailey. He was born to a woman named Harriet Bailey and was enslaved in Talbot County, Maryland. His father was a white man who he believed enslaved him and his mother.

It was common for those born into slavery to not know their exact birthday, so Douglass chose his own. He picked Feb. 14, because his mother would call him “my Valentine.”

In 1838, he became a free man by escaping to New York where he married Anna Murray. She was a free African-American woman he had fallen in love with before his escape. After he achieved his freedom, he changed his name to Douglass.

Douglass was a writer, abolitionist, editor, orator, suffragist, and political leader. He was very active in the anti-slavery movement and joined the Massachusetts Anti-Slavery Society as a public speaker.

In 1847, Douglass published his first newspaper called The North Star. A year later, he advocated for women’s rights and worked with suffragists such as Susan B. Anthony. Before the Civil War, he continued to work with abolitionists like Harriet Tubman, and during the war, he advocated for Black troops to enlist. He also worked with Ida B. Wells on anti-lynching campaigns.

Frederick Douglass will be remembered in history as a pioneer of change for many Americans. His skills as a writer, and his boldness to stand up for movements greater than himself as a suffragist and abolitionist will continue to inspire those who learn about him.