Album review: Destiny by The Jacksons 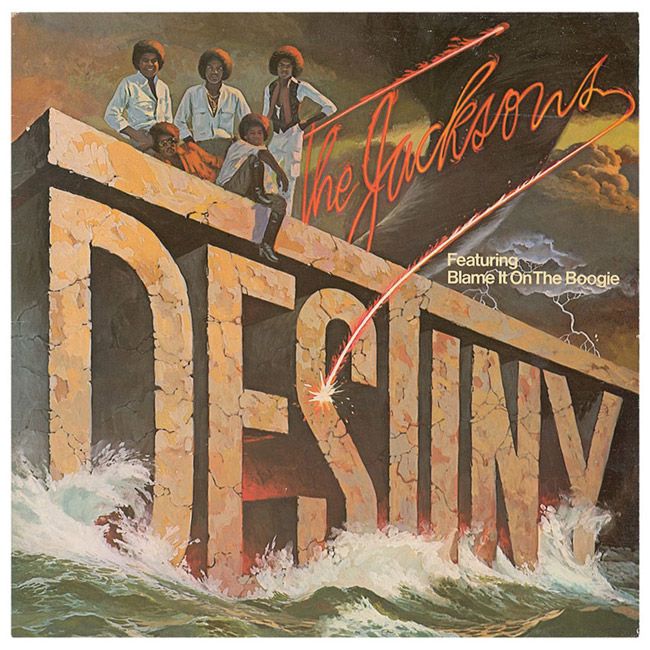 Destiny is the thirteenth album released by the Jackson 5, or the third to be released by the Jacksons. They had to change their name after they left Motown records and went to Epic. This album influenced the dance club scene for years after its release with tracks like Blame it on the Boogie and Shake Your Body (Down to the Ground). If this doesn’t get you moving, I’m not sure what will. 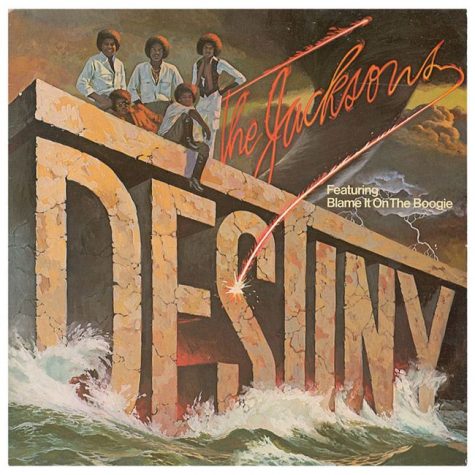 Blame it on the Boogie – The opening track of the album hits you with an infectious riff line that sets the mood of the track as an upbeat pop banger. It’s backed up with a smattering of horns, guitars, and claps to keep the energy up. Michael’s vocals work perfectly with the instruments to evoke a feeling of pure fun and everytime the song pulls out that bass riff, I’m ready to dive right back in. It’s my favorite track and never fails to get grooving.

Push Me Away – This track is a slow and sensual piece that fits neatly into a genre I like to call, “Island Resort Music.” Other examples would be songs like Kokomo and Key Largo. It features wistful synths and horns, subtle violins, and a good flourishing of windchimes to punctuate it’s “tropical” feel. It’s a nice track with a pretty catchy chorus.

Things I Do For You – The first thing that comes to mind when I listen to this is it’s sense of independence. The energetic bass, guitars, and horns fly in with no care for anything else and lay down a funky beat. Michael’s lyrics further reinforce this with a story about a man who’s sick of being used and putting his foot down.

Shake Your Body (Down to the Ground) – A dance track to its core, this track commands you to dance, metaphorically and literally. And at eight minutes in length, there’s certainly enough time for it. Michael’s vocal’s are catchy and fun and the song follows. I feel like I can hear many similarities in this track and the work Michael would produce later in his solo album

Destiny – The title track took me by surprise when I first heard it. It starts with a lovely acoustic guitar melody, but then diffuses into a funky track about living a simple life and being free. That acoustic guitar stays as an anchor throughout the song and keeps it more “grounded” during it’s runtime.

Bless His Soul – Another more down to earth track with a message about loving yourself. The track features a pretty standard pop/funk beat with the brothers vocalizing for a good bit of the track. Seems like more of the same from the rest of the album, which isn’t bad, but not amazing either.

All Night Dancin’ – This track is in your face with a squealing guitar throughout most of the tune, a funky bass line and the unstopping vocals reminding you just how long this party is gonna last, “All Night.” This is a great tune.

That’s What You Get (For Being Polite) – The final track of Destiny is a cautionary tale of being… polite, as the title says. It takes a more narrative structure than any of the other songs and tells the story of Jack, who wants to be “…so bad.” This song really wins me over with it’s beat and chorus, which are just so catchy. (Are you seeing a pattern?)

Summary: Destiny by the Jacksons is a fantastic pop/dance/funk album that feels like a bridge between the groups older music and what they would venture into later into their careers. It’s catchy as all get-out and full of great vocals, guitar licks, and some seriously great bass lines.