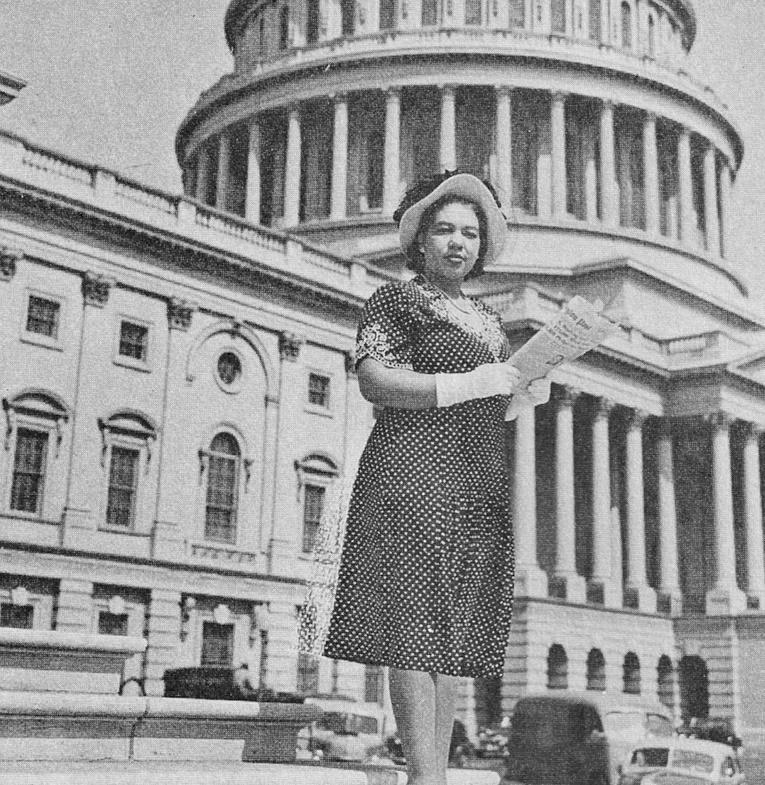 Photo of Alice Allison Dunnigan at the U.S. Capitol. Photo courtesy of The New York Times.

Every Black History Month, we celebrate the achievements of many African-Americans that include Dr. Martin Luther King Jr., Malcolm X, and W.E.B. DuBois. No one can deny the contributions these Black men made towards the fight for civil rights and equality for all men and women. But what about Black women? Here are five unsung Black female heroes that not only fought just as hard for civil rights for all Americans but broke down barriers in their respective fields for both women and African-Americans.

Dr. Rebecca Crumpler was known for being the first Black woman to become a medical doctor in 1864. While practicing medicine, Crumpler experienced intense racism and sexism. However, that didn’t stop her from working hard for her patients. Crumpler continued to practice medicine and became one of the first female physician authors of the 19th century when she published “A Book of Medical Discourses” in 1883. She also worked for the Freedmen’s Bureau, which provided medical care for freed slaves.

Amelia Robinson was known for being a trailblazer in the fight for civil rights in the 1960s. She was best known for her work with Dr. Martin Luther King Jr. in Alabama, and planning and leading the Selma march in 1964. Robinson was also instrumental in helping pass the Voting Rights Act of 1963 and became the first Black woman to run for Congress in 1964.

Wangari Maathai was known for her environmental work in Kenya. In 1977, Maathai started one of the largest tree-planting campaigns in Africa. She would later become the first Black woman to win the Nobel Peace Prize in 2004 for planting over 51 million trees in Kenya. Maathai was also the first woman to earn a doctorate in East and Central Africa.

Each of these amazing women worked tirelessly to achieve equality for both men and women in America. Their hard work and dedication made it possible to ‘break the glass ceiling’ and achieve greatness in their respective fields. As we celebrate Black History Month, we must not only remember these wonder women for their achievements but for their eagerness to fight for all Americans.