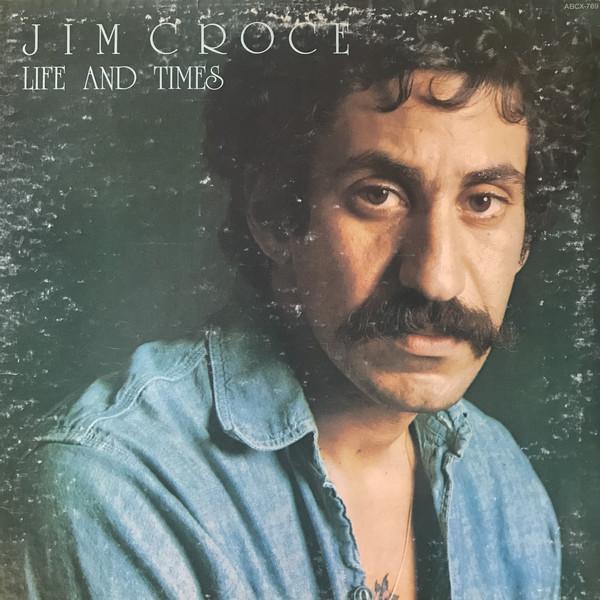 Life and Times is the second of the late Jim Croce’s three albums. It features his signature balance of jaunty barroom tunes and tender ballads that his three albums all featured. In all of his albums, Croce chronicles the stories of the “characters” he’s seen throughout his life. This time around, we hear the stories of a larger-than-life roller racer, a drug-fueled trucker, and the “baddest man in the whole dang town.” 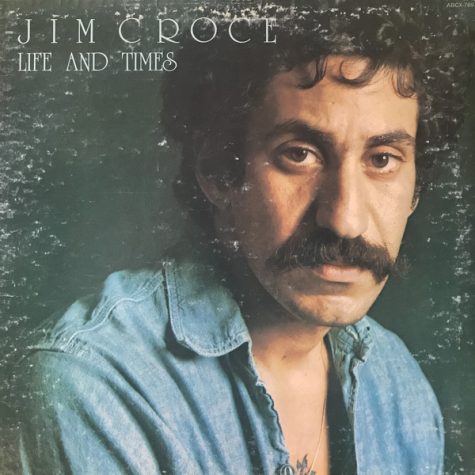 One Less Set of Footsteps – In the opening track of the album, Croce delivers a song about a lover that doesn’t want him anymore, and he’s ready to leave them flat out. It’s a catchy tune and the chord progression during the chorus is an instant earworm. Also Croce’s fun wordplay shines through with a “silver tongue turned to clay” and a “golden rule to rust.”

Roller Derby Queen – This is the first “character song” of the bunch and it’s a fictionalized tale about Jim falling in love with a roller racer who, and I quote, is like a “refrigerator with a head.” The descriptions of the subject of his affections feel a little harsh, but I think it’s not supposed to be. Different times I guess. The finger-picking guitar on this track stands out as quite ear-catching.

Dreamin’ Again – Croce’s longing for a lover that he can only see in his dreams. She changes her mind and says that she’ll come back, but then he wakes up and she’s still gone. It’s got a lush production with a chorus of voices flanked by two acoustic guitars to make a very pretty track.

Careful Man – This track carries that signature jauntiness I spoke of in the intro. It’s bouncy beat back’s up a song about how bad Croce used to be. The fiddle is a nice touch, giving this track a distinctly southern twang as opposed to the other tracks on the album.

Alabama Rain – Croce paints a picture during this song of good days long gone where he was in love when he was just a kid. Now he’s older and he reminisces about those days getting caught out in the rain. It’s just a nice tune.

A Good Time Man Like Me Ain’t Got No Business (Singin’ The Blues) – This is the shortest song on the album at only a little over two minutes, but it also carries this extremely long name. Now it has this overly long prelude to my critic to go with it. It’s okay.

Next Time, This Time – Croce, and his fellow guitarist Maury Mulheusen, overlay their playing into another lush soundscape during this song. The lyrics come off a little anti-woman, but again, different times. I hope.

Bad, Bad Leroy Brown – This is it, the track we’ve all been waiting for. When that iconic piano riff starts everyone knows who’s coming down the block. This track is a prime example of Croce’s ability to bring a character to life in his music. A raggy piano and a driving drum beat keep the momentum moving while Croce and a chorus of voices exclaim the story of Bad, Bad Leroy Brown.

These Dreams – Another touching ballad about a love lost to time and how it affects the protagonist of the song today. The backing of orchestral strings really help set a tragic scene. I also think I recognize a musical motif from the song Walking Back to Georgia off of the first album, which could express a continuity from the two songs? I could be wrong however.

Speedball Tucker – A slick guitar riff shakes you out of the dour feelings of the last track and right into a story of your worst nightmares while driving down the interstate, a semi-truck driver whose been up for days only kept conscious by whatever cocktail of drugs are in his so called “west-coast turnaround” he took. It’s frantic guitar riffs keep the energy up to match the subject matter. Great song.

It Doesn’t Have to Be That Way – The track ends on a melancholic yet hopeful note with this song. Croce laments about a love that fizzled out that he hopes to reignite on a less than perfect December night. It’s a nice tune and sentiment, if a little samey to some of the other tracks.

Summary: Life and Times is a legacy of the late, great Jim Croce. It hosts a menagerie of tracks that showcase his fantastic style of character building, and although it may not hit the same emotional depths as Time in a Bottle and Operator off of his first album, it still manages to tug a few heart-strings. One Less Set of Footsteps, Speedball Tucker, and Bad, Bad Leroy Brown are the tracks to check out on this classic album.