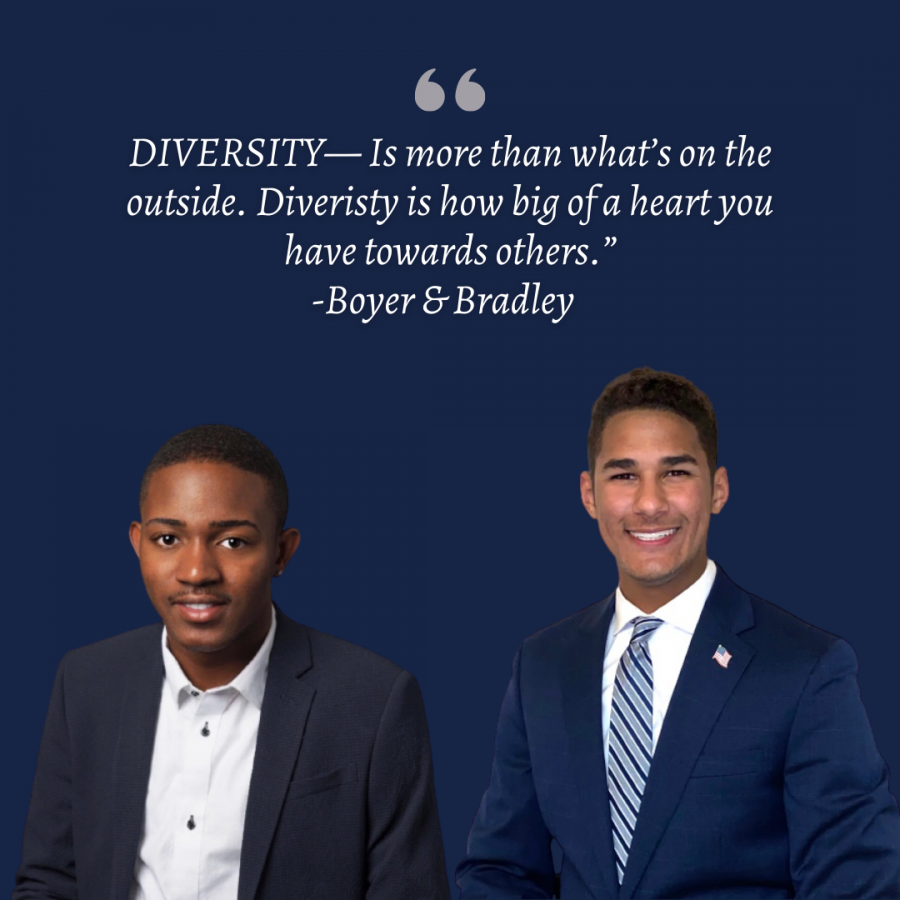 Following the events of last week, pertaining to the “Anti-Charge” Instagram account created by an anonymous user, Spinnaker received statements from those who were publicly criticized – UNF Elections Commissioner and Senate candidate, Donovan Bradley, and the Charge Party Vice-Presidential candidate, Darryl Boyer.

Candidate Boyer voiced his thoughts on the issue. He spoke about how he has been bullied in the past and that it is not a new occurrence. Boyer said that he never addressed the issue directly because he doesn’t “stoop to that level.” He mentioned that he was president of the African American Society at his high school and is part of the African American mentorship program.

“To be called racist and anti-Black was just very hurtful because I’ve done a lot in my community, and I am Black,” said Boyer. “It just didn’t really make sense to me. And then to say anti-LGBT, it’s funny because all the rumors that I’ve heard my whole life about me being that, and then now to say that I’m anti. It doesn’t make any sense.”

“I was very upset […] It was very hurtful. I also felt like ‘who’s next?’ Because it was anti-Charge Party so I thought they were coming for not just me, but more members. My job is to protect those that I serve. If I’m elected Vice-President, my number one job is to protect the nest and I do the same thing within my party. My job is to protect my candidates and our voters. When I was targeted, I just thought that I was going to be the first one targeted. So I just thought it was interesting that it was only Donovan and I that were targeted,” Boyer said.

Boyer closed his comments with this statement:

“This is not tolerated and it should not be tolerated at all. No matter who you are, bullying is never okay. For someone to publicly go and assassinate someone’s character is just not okay. It’s not the first time it’s happened to me, like I’ve said, I’ve been bullied before in the past. Bullying is just not okay. My biggest platform is to make a kind, safe, and inclusive and anti-bullying environment on campus. To have that happen to someone that completely does not promote that is very heartbreaking.”

Similar to Boyer, Senate candidate Donovan Bradley (Charge Party) echoed his condemnation of the account in his official statement:

“I completely denounce all forms of bullying and racism. Nobody should be judged or ridiculed for their personal or political beliefs, and I sincerely hope that the University is taking what happened to me seriously to ensure that it never happens to another student again. I’m running for the Senate because I believe in bringing fresh new ideas to our campus. A difference of opinion should be welcomed and respected by all, regardless of what your personal feelings are!”

“I am not sure if you were made aware, but there is a new Instagram account called the “Anti-Charge Party” that negatively shines a light on a political party. This was brought to our attention by another student, and we would like to advise you to not interact with this account in any way. I would like to note that the “Anti-Charge Party” currently follows the Student Government account as well as the Senate account. They are no way affiliated with the University of North Florida Student Government and as an office we do not condone or act in this type of manner. If you have any questions about this or concerns, please let me know.”

Student Government has been quick to condemn the events of last week, with both of the candidates spreading a message of kindness and denouncing bullying.