March Madness: Everything you need to know 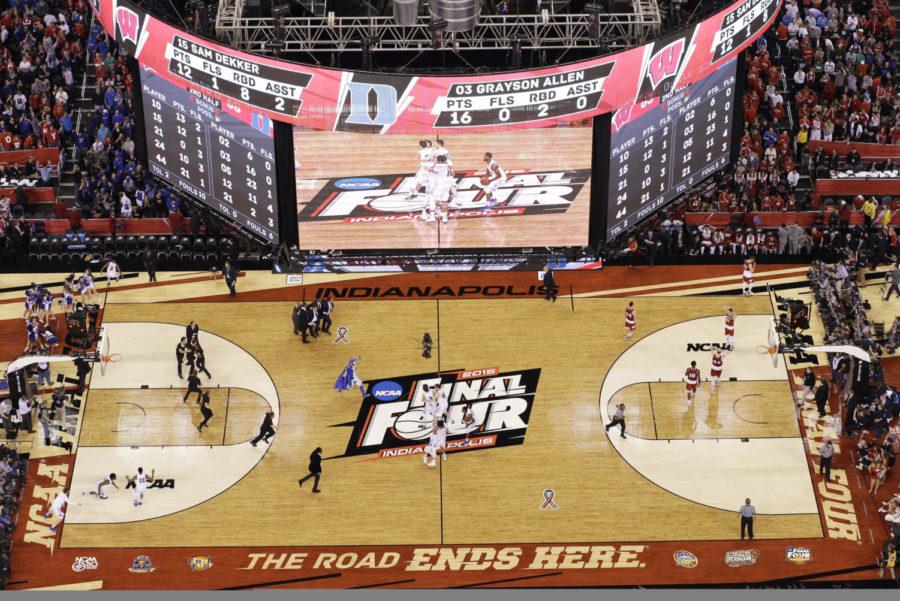 While the Ospreys may not have qualified for the 2021 NCAA men’s basketball tournament, there’s still plenty to be excited about. Last year’s tournament was canceled due to the onset of the COVID-19 pandemic, leaving many fans hungry for the annual tradition. This week, those fans will get to indulge in one of America’s most beloved sporting events once again.

The old mantra goes that you never know what you have until it’s gone, and this became painfully relatable for college basketball fans with the cancellation of 2020’s tournament. Against all odds, the 2020-21 season took place amidst the pandemic. While many teams suffered COVID-related pauses, the season went on rather successfully, taking into account everything that stood in its way.

You’ve likely heard friends mention filling out their bracket, but this sports phenomenon can be a bit confusing to someone looking to follow for the first time. Don’t fear, though, as this guide will help you in your endeavor to fully enjoy this year’s rendition of March Madness.

How does it work?

The main tournament field consists of four 16-team regions, with each region’s winner advancing to the Final Four. The teams were selected by a committee, taking into account things like record, strength of schedule and quality of wins. Winners of conference tournaments receive an automatic bid, with the remaining spots given to teams with the highest-quality resumes. There are some preliminary play-in games, the First Four, where teams that just barely made the cut will fight for a spot in the first round.

Typically, the games are held all across the United States. However, this year’s contest will take place exclusively in the state of Indiana. Multiple venues in the Indianapolis area, such as Indiana University’s Assembly Hall and the Indianapolis Colts’ Lucas Oil Stadium, will host the games.

This year, there’s a significant elephant in the room: COVID-19. Before teams playing their first game, all players must test negative for the virus for seven consecutive days. If a team suffers a positive test and is rendered unable to compete per NCAA protocol, replacements will be selected from the First Four Out, a group that just missed the tournament field. However, a replacement must be put in place by Tuesday evening. Following this deadline, a positive test will force a no-contest game, with the other team moving on.

What’s the deal with brackets?

Perhaps the most fun part of the tournament festivities is that of filling out a bracket. Every year, fans put their knowledge to the test by deciding who they think will win each matchup. Many bracket pools offer rewards, adding an extra level of intensity to the activity.

Filling out a bracket is more straightforward than one may think. There are plenty of sites that allow you to make a bracket for free, such as ESPN’s Tournament Challenge and the CapitalOne NCAA March Madness Bracket Challenge. It may seem daunting at first, but that’s what makes it so fun. If you can’t decide, the autofill function can help with that.

When does it start and how can I watch?

For the 16 teams remaining, they will get a bit of a break until the Sweet 16 kicks off on Saturday, Mar. 27, and continues on Sunday, Mar. 28. The final eight teams will compete in the Elite 8, taking place on Monday, Mar. 29, and Tuesday, Mar. 30. Last but not least, the Final Four starts on Saturday, Apr. 3, with the last four teams squaring off for a spot in the national championship game. The final matchup will take place on Monday, Apr. 5, with the championship on the line.

Every game is broadcast on CBS or the Turner Broadcasting Systems family of networks (TBS, TNT, TruTV). For information regarding each game’s start time and TV status, make sure to check a game programming guide.

Who are the favorites to win?

The top teams in the field are designated as 1-seeds, which this year include Gonzaga, Illinois, Baylor and Michigan. With the level of talent that these teams have, there’s a solid chance one of them will win it all. This isn’t always the case, though, as 7-seed UConn proved in 2014.

Other contenders include teams like 2-seed Alabama, which is coming off of its first SEC Tournament title since 1991. The Iowa Hawkeyes (2-seed) have been strong all season, and their high-power offense can propel them to a run at the natty. Conversely, 3-seed West Virginia relies on a pesky defense that can easily cause opponents to stumble.

While there are always favorites, there is often a lower-seeded team that succeeds from the shadows to take the tournament by storm, dubbed a Cinderella team. Cinderella stories of the past include 16-seed UMBC taking down top-seeded Virginia in 2018, the first time this had ever happened in tournament history. Potentially Cinderellas this year include UC-Santa Barbara, Winthrop, Ohio and Liberty of the ASUN Conference.

Ultimately, there’s no guaranteed way to know who will come out on top. Experts devote portions of their career to trying to crack the code, but there are just too many variables involved to have a surefire shot. The best method is to sit back, relax and enjoy one of the best times of the year.